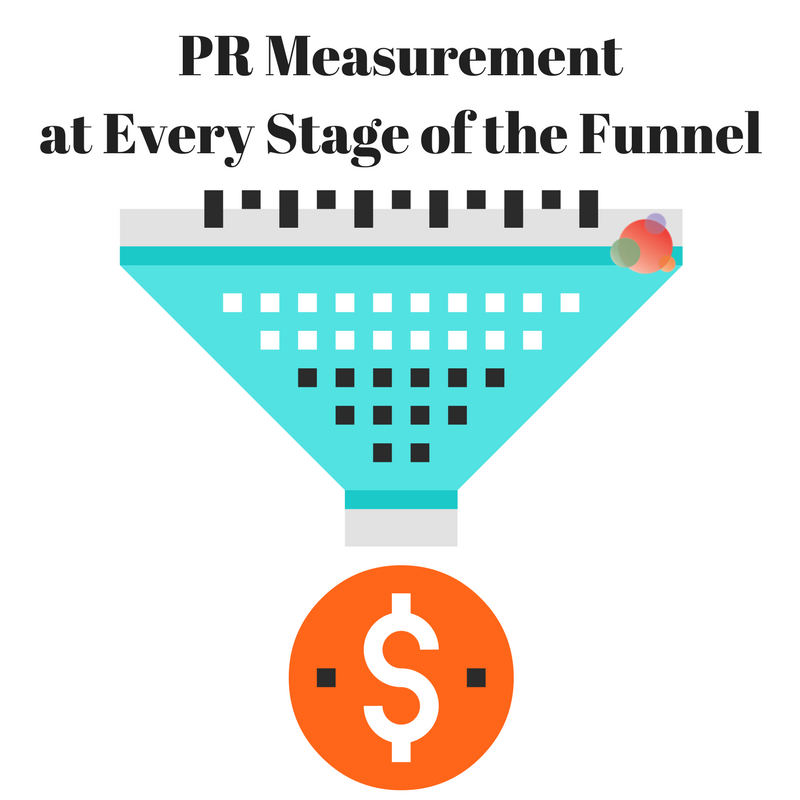 A couple of weeks ago, I wrote about the death of advertising equivalencies and how it’s not a PR measurement tool.

Earlier this summer, AMEC announced they are going to invest “significant time and resource to finally kill off this derided metric.”

In direct response, the Chartered Institute of Public Relations took it a step further and said any member using AVEs “may be liable to disciplinary action.”

I heard a lot of cheering in response—and a lot of “wouldn’t that be nice, but I don’t think it’ll happen in our lifetime” in response.

There also has not been a response from any U.S.-based public relations organization, such as PRSA.

But the most interesting conversation came when a reader posed this question:

I am interested what you think about AVE when it relates to clients who don’t sell things. I work for organizations where my goal is to influence conversations about them and affect biases. AVE works for that because it’s a decent measurement of how many “eyes on” they get to read/see their arguments and around how much they would cost.

Though I answered her directly on the comment, I am taking some of my own advice.

That conversation would make a great article about PR measurement (hence where you get blog post ideas, which we talked about yesterday).

To get an advertising equivalency, you must pull out your ruler and measure the size of the article you placed.

Let’s say, for argument’s sake, the article ran in Fast Company and it was half of a page.

So your advertising equivalency is exactly that—$60,900.

Of course, that doesn’t take into consideration any discounts your media buying team might get.

Or discounts for bulk buys.

It also doesn’t take into account that an article written by a journalist is far more credible than an ad run by the company.

Like media impressions, we really have no idea how many people saw it, read it, and absorbed it.

We don’t know how much influence it had over changing the conversation.

Or we can show how the work we’re doing truly is influencing conversations and changing bias.

PR Measurement at the Top-of-the-Funnel

You absolutely should measure how you’re influencing conversation.

You can do that through an increase in online traffic around the topic.

This is what I’ll call the vanity metrics—or the top-of-the-funnel.

Sticking with the Fast Company half-page article example, you want to track web traffic after that article ran.

You want to benchmark what those four numbers were the month leading up to the article.

Then report what they the month following the publication of the article.

Though these are vanity metrics because they don’t do much more than make you feel good, they do let you know whether or not the article worked.

If no one visited your website after reading that article, your $60,900 AVE is down the drain.

But if you can prove an increase in those four numbers—and you can with Google Analytics—now you have the beginning of a real PR measurement report.

PR Measurement in the Middle-of-the-Funnel

In the middle-of-the-funnel, PR measurement includes share of voice and power of voice.

Take a look at the online conversations, as they compare to your competition.

How much of the conversation do you own, comparatively?

When an article runs and it mentions other organizations, how much of that conversation do you own?

After it runs, how does the online conversation shift? Positive, negative, not at all?

To do this, I would use a monitoring service, such as Zignal Labs, AirPR, or BurrellesLuce.

If you can’t afford a monitoring service, set yourself up with free Talkwalker Alerts.

I prefer them over Google Alerts because they flow into Hootsuite and are easier to manage that way.

It’s a little tedious, but you can manually track the conversations and figure out when and where things shift.

If they don’t, you know that publication is not a great target for you and/or your messaging needs to be tweaked.

But this gives you far greater data and insight than saying you achieved $60,900 in AVE.

PR Measurement at the Bottom-of-the-Funnel

And now where it really matters—influencing conversation and changing biases.

In the example our reader gave, they’re not selling a product so she doesn’t have sales to attribute at the bottom-of-the-funnel.

Which is fine because we’ve already begun to attribute a shift in mindset.

At this point, you know that your story in Fast Company increased traffic, pageviews, and time spent on site.

It also decreased the bounce rate.

You also know that, after it ran, the conversation began to change ever so slightly.

Now you want to measure whether or not bias has changed.

To do that, you have to figure out if the mindset has changed.

This is harder to do, which is why it’s at the bottom, unless you have $50,000 to spend on a mindset study.

You can do it using a monitoring service and a spreadsheet, but if you can afford a mindset study, I recommend it.

Otherwise you’re going to do it manually.

Setting Up Your PR Measurement Report

Using your monitoring service or Talkwalker Alerts, jot down for the past month:

For example, let’s say you had 100 online mentions, total.

Of those, 88 were positive, 10 were neutral, and two were negative.

In the 88 positive mentions, you delivered messages about half of the time.

I would track all of this in a spreadsheet so you have the numbers in front of you.

Every month, do this work.

Include your top- and middle-of-the-funnel numbers, as well.

After your second month, you’ll begin to see a trend.

It could be good, bad, or ugly, but it’ll give you insight to shift your communications program.

For our reader, the conversation with her clients has to change.

But how do you go from reporting a $60,900 result on a story to showing a shift in mindset?

After about 90 days, the client or executive will say, “Ah, I see what you mean. This $60,900 is arbitrary. You’re right. I’d much rather see how much the online conversation has changed about our organization.”

In the meantime, though, give them both.

You’ll eventually get to the point where you can recommend dropping the AVE and they will readily agree.

Now, if you work for an organization that sells a product, the PR measurement changes.

Instead of measuring a shift in mindset, you’re going to track where your efforts converted to sales.

More on that next time…