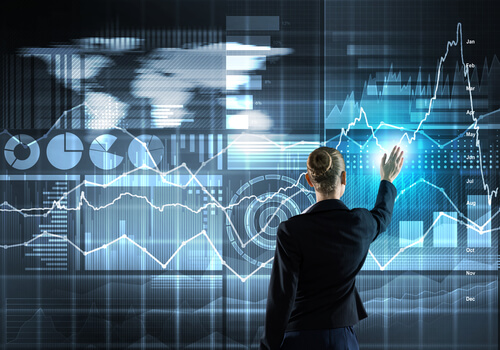 The world of media relations has rapidly evolved over recent years.

PR professionals who’ve been in the game for decades can remember the days where a faxed news release would almost certainly receive media coverage.

With the tech explosion and the uncertain future of media organizations, PR professionals now outnumber journalists nearly six to one.

It is more important, now than ever before, to pitch the media relevant, targeted stories that include supporting information that will resonate with their audience(s).

In this new age of media relations, PR professionals have a soulmate that’s often overlooked: Data.

Most popularly used by marketers, PR professionals have yet to figure the best way to use all of the data at their fingertips.

Even for marketers, it can be an overwhelming task.

About 10 months ago, my team and I were faced with a hefty PR challenge.

We had just signed a Spanish, international secondary ticketing start-up that wanted to break into the U.S. market.

The company, Ticketbis, had very few tickets for U.S. based events, no shiny new app, and a minimal budget for marketing support.

Luckily, we had assistance from a supportive in-house PR person and access to copious amounts of data.

After a little trial and error, we found the perfect formula for success that recently lead to the company’s nine figure acquisition by eBay, the owners of America’s market dominating aftermarket ticketing platform—Stubhub.

Here is part of the strategy we used to transform their internal data into compelling stories that left the media wanting more.

Finding A Story when There’s No Trend

It’s more than likely you’ve attended or know someone who has attended an electronic dance music festival such as Ultra, TomorrowWorld, or the Electronic Daisy Carnival.

During the past couple of years, these festivals have been under scrutiny for a high concentration of drug abuse and uninhabitable ground conditions.

With Ticketbis in mind, we were curious to see how these festivals were holding up with an aging millennial population and safety concerns.

When comparing their international festival ticket sales from 2015 to 2016, data from Ticketbis showed a 53.75 percent decline in ticket sales.

Tomorrowland Brazil and Creamsfield saw the largest decline, with both showing more than a 70 percent drop in sales from the previous year.

We also found a rising trend in sales for more alternative music events, such as Rock in Rio and Lollapalooza.

At the time of this campaign, there was no trending news on these music festivals.

Our theory was, while electronic dance music festivals might be dying, alternative festivals were on the upswing.

It turned out we were right and Elite Daily ended up covering the story.

Start With a Data Point and Work Backwards

Another example we used from data was the sharp decline in ticket sales for the 2016 Olympic Games.

When the news broke of the Zika pandemic in Brazil, it spread through the media like wildfire.

The Olympics were already in jeopardy because of the economical state of the city, water pollution, and the uncertainty of venue completion.

The Zika outbreak was the icing on the cake and created the perfect storm for a media frenzy.

After a few weeks of contradictory headlines, we wanted to see the true effects of Zika and if it was affecting international ticket sales to the upcoming games.

To provide credible information, we first needed to analyze the trend of ticket sales before the virus made international headlines.

After mining data from three months prior to the CDC travel alert, we identified a steady increase in ticket sales of 8.85 percent from month-to-month.

Once we calculated the numbers for the months prior, it was time to dive into the data from the second half of January—after the CDC issued the announcement.

What we found was a 56.4 percent drastic decline in sales for this period of time and that sales continued to drop throughout February.

This was not great for the Olympics, but it did give Mashable one heck of a story!

While many other strategies were used to position Ticketbis for a U.S. launch and ultimately an acquisition, the use of data was, by far, our most valuable asset.

For the times we lacked valuable data plays, we re-purposed marketing material for media relations purposes.

Branded content was recycled to be used for publications such as Vice and pre-packaged stories and images were used for blogs, such as Queerty to reach new audiences.

Even when it seems impossible, media coverage is possible with the right mindset and tools at your disposal.

You can view the full case study here.

Ryan Philemon is VP of Media Strategy at Emerging Insider Communications, a boutique communications and content relations agency that is changing the face of PR. Working with emerging tech and media, he helps transform companies into storytelling machines.

View all posts by Ryan Philemon