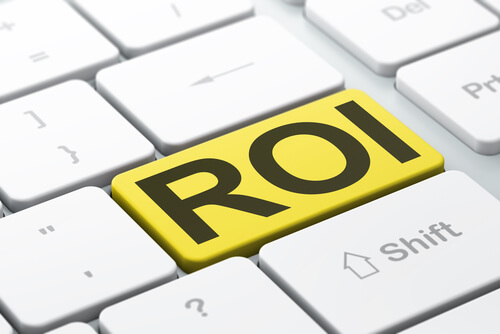 As it turns out, Cuba Gooding, Jr., did NOT say, “Show me the stories!”

He said, “Show me the money!” and that’s exactly what your clients and bosses are saying at this time of the year, when we’re all thinking about budgets and campaigns for next year.

Show me the money.

I’m so fed up with communications professionals who don’t know what return-on-investment (ROI) means or how to measure it.

As Jason Falls so eloquently put it in, “If the Metric isn’t Money, You Can’t Measure ROI“:

The resulting number will be a number with some decimals. If you move the decimal point two places to the right, it reads as a percentage. Anything over 100% is positive ROI. Anything less is negative.

These are indisputable facts. They are a part of a magical world called math. Neither you nor I can argue these.

That’s why I (like Jason) got fired up when I read, “Show Me Social Success” on CMO.com.

An Example of PR ROI

I am a business owner. I know exactly what the PR ROI is for everything we do. I also know what kinds of things generate income and which do not.

For instance, this very blog drives 80 percent of the new revenue (it’s a ridiculous ROI of more than 1,000 percent, which tells me we could invest in it even more) for Arment Dietrich.

It also has affected the business with things that cannot so easily be measured, such as increased thought leadership, credibility, and brand awareness.

We know those things are working because we’ve been awarded things such as the #3 PR blog in the world (or #2, depending on which list you see), one of the top communications agencies in the world, and the #11 communications executive on Twitter.

But they also have afforded me the opportunity to gain two book deals and speak around the globe…and get paid for it.

Now I have another number from which I can determine the PR ROI.

What is Your Average PR ROI?

Remember last week when we talked about how to determine your PR ROI?

That was written more for the people who hire PR pros, firms, or manage teams. It was to help them understand that number of stories placed and number of Facebook fans are not the right metrics. And it was to help them understand the types of things we (PR pros) have to do to determine the right metrics and the potential PR ROI.

Many of us will be able to tell a prospect what our average PR ROI is for clients (ours is 2.5 times budget spent, which means we sometimes exceed that and sometimes don’t…it’s an average).

Of course, that number also depends on how the client views you. Are you a partner or a vendor? If it’s the latter, you’re not going to have the kind of success you would if it’s the former.

Laura Petrolino and I had this very conversation yesterday. She’s working hard to help a client create a dashboard and they want to include things such as media placements and social media number increases.

It must be a real joy to work with me because I kept asking why.

Laura is not one to get flustered, but after the third or fourth “why,” she acquiesced and said she’d track them internally, but not include on the dashboard.

Here is what she and the client’s chief marketing officer will track, though:

These are the kinds of metrics that mean something to a business owner or leader…and certainly to the chief financial officer.

If you can prove your communications efforts generated X number of leads, which turned into X number of customers, you suddenly have your PR ROI.

Yes, you absolutely should track website visitors and pageviews and social media number increases and the other vanity metrics that our industry wants to hold on to so dearly.

Those things will tell you, on a surface level, if what you’re doing is working (or not).

But those should be for the communications team only and should not reach to the executive offices until you are presenting your PR ROI and have the anecdotes to tell a compelling story.

Everyone will remember you got the White House on board during your communications campaign and they’ll remember you had a 250 percent PR ROI when it comes time to budget for next year.

Show them the stories and the money.