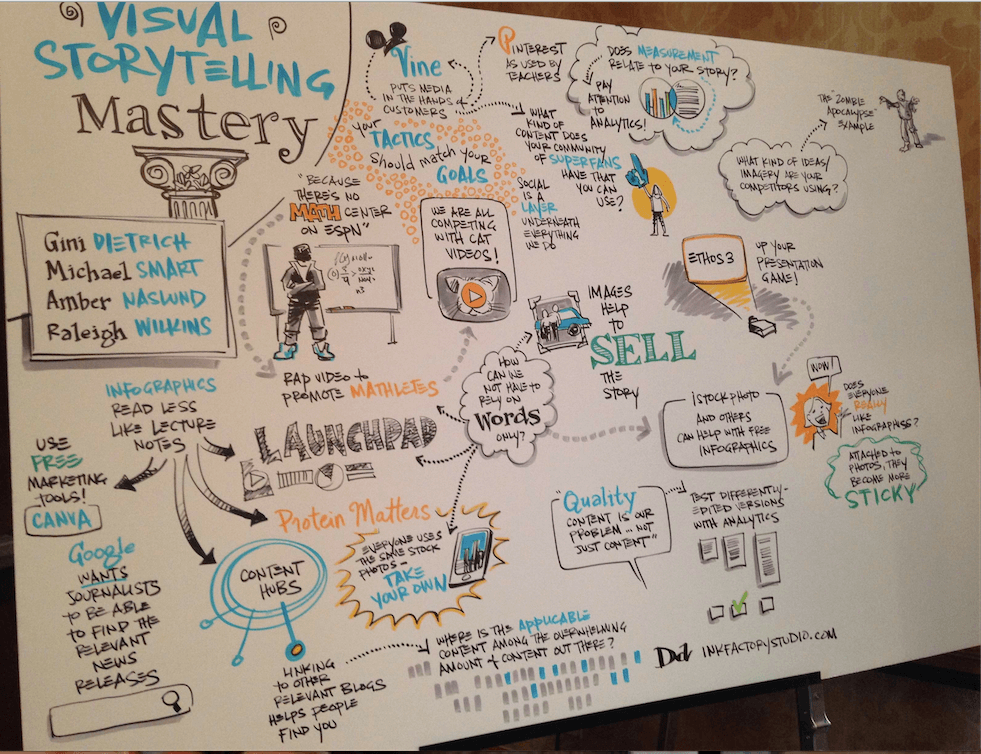 Wow! Yesterday was quite the whirlwind tour.

In and out of one city in less than 24 hours for the PRSA International Conference: Speaking, new business meetings, meeting with potential Spin Sucks sponsors, seeing old friends and new (including Abbie Fink, whose birthday we celebrated), and being part of the big Cision/Vocus merger and new name announcement.

You can imagine my head spinning (though not literally, as much as my team would like that to happen).

Because there was so much to see and learn and do, I thought I’d break down the last 22 hours for you.

After landing and getting to the hotel as quickly as possible (after taking several cabs in DC in the past day, I’m fairly certain “quickly” is a relative term), I checked in and got registered for the conference.

Twenty minutes later, I got to meet Deirdre Breakenridge in person (FINALLY; it’s only been 1,000 years), Lisa Davis, the marketing director at Marketwired (who put the panel together with Deirdre’s help), Raleigh Wilkins (the moderator), and fellow panelists Amber Naslund and Michael Smart.

Amber needs no introduction. She and I met way before The Twitter, when she was a client of ours at Gettys. She then left to work for Radian6 and then built a business with Matt Ridings and now is a senior vice president at Sysomos.

Michael Smart was new to me, but we became very fast friends. He is a communications professional in my home state of Utah and prides himself on helping other professionals become better at media relations (and, based on my inbox, the industry needs all the help we can get). From what other people have said about him, his The Inner Circle is something you must check out if you do any media pitching.

The three of us discussed visual storytelling at the PRSA Conference, while Raleigh kept us in line.

There were a lot of interesting takeaways, which came from my fellow panelists, including how the BYU mathletes made a name for themselves in a sea of student athletes.

You have to watch the video before I continue, so I’ve embedded it here.

Thank you for humoring me. Pretty great, isn’t it?

I’ve also embedded our slides (which we may or may not have strayed from a bit) below so you can take a gander.

And then I attended a happy hour for Cision and Vocus, where they announced the name of their new, combined company.

I hope you haven’t yet heard it yet because I want to be the first to tell you!

One of the Cision employees (who I found out lives three blocks away from me!) asked Johna Burke and me what we think the new name was, before they announced it.

She and I made up a bunch of names, combing the two: Vision, Civocus, Vocision, and others.

So Vocus is no more and, of course, their marketing suite has become Outmarket.

There you have it. I am headed home to catch up on some sleep and reacquaint myself with both my family and my team.

photo credit: Ink Factory drawing from our session (thanks, Drew!)