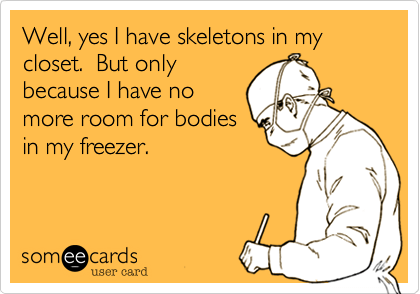 Some of you may not know the name Mark Hurd.

Five years ago, he had a very public (and very bad) ousting at Hewlett-Packard. One that started a string of bad publicity for the company.

But five years later, Hurd is back on top as co-CEO of Oracle, a position he earned after serving as co-president in Larry Ellison’s stead.

As Fortune put it:

One moment Hurd was fending off mortifying allegations of sexual harassment and expense-account violations; the next he was safely ensconced in a job that would pay some $40 million in his first year alone, working for a man who didn’t give a fig what envelopes Hurd might have pushed—so long as he made his numbers.

How did he do it?

When Offline and Online Collide

When I was a young and impressionable new public relations professional, I read a book called Spin by Michael Sitrick.

I just knew, if I could practice public relations the way he describes using the media to your advantage, I would have a great career.

I also, admittedly, was a little star-struck at the company he’d built that works with celebrities, politicians, and was even played by Harvey Keitel in Pulp Fiction.

Since then, of course, I’ve taken a different path and believe spin sucks. I believe public relations professionals such as Sitrick give the rest of us a bad name (while still respecting the heck out of him).

But I was in awe to read it was his team who worked with Hurd to get him back to a leadership role at a major organization.

And now Sitrick has made the news again by introducing Hurd to Glenn Bunting, a former investigative journalist turned communicator.

You see, Hurd has another problem: His offline reputation seems to have resolved itself, but online? All you have to do is Google his name and you’ll find his reputation isn’t so in-tact.

This is not a unique situation.

Just the other day, a friend called because there is something bad about him on the front page of Google results…from 25 years ago.

He wanted to know if I thought it was worth the money to hire an SEO reputation firm to get it off the front page.

This is the same conundrum Hurd faced: What to do about the negative stuff from his time at H-P more than five years ago?

He hired Bunting with one directive: Fix the Google results.

And fix he did.

With a mixture of content, an update to his social networks, and even a new website, the search results on pages one and two are overwhelming positive (I found only two negative stories on the first two pages).

Public Relations to the Rescue!

The only real way to help your online reputation is to do good things.

You can’t get rid of the bad stuff, but you can get it pushed down further in search results.

Public relations most certainly can help you with that.

I don’t know about SEO reputation firms because I’ve never used one, but I hear stories of how they’ll charge you a low price to get you in the door, and then show you all the bad stuff on the web about you.

To get rid of that other stuff, of course, costs more money.

And they also promise to get rid of the negative stories and social media mentions, which is impossible to do.

It can get pushed further down, but no one can make it go away.

The only way to manage your online reputation is to create content—good content that people really care about—use the social networks to build community, and sprinkle in some sponsorships to distribute the content.

If you have negative search results, go the Mark Hurd way and hire a public relations professional to help you.