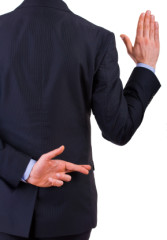 I started my career in PR as an entertainment publicist.

That’s what it said on my business cards and I was so proud of that title.

I was no Sidney Falco, but Sweet Smell of Success has always been one of my favorite movies.

As a publicist, my job was getting things noticed by the mainstream media.

And because I was dealing with clients – producers, writers, publishers, and comedians – who didn’t have a lot of money to spend on marketing, they expected the awareness we’d generate would help sell tickets and get people to watch their shows.

And it worked (most of the time).

Not only did I have a two-inch thick packet of clippings each month, I had business results.

And I got those by being creative, knowing the kinds of stories each journalist needed for their audience, and enjoying connecting with reporters – which meant hours on the phone.

Except for the phone part, doesn’t that sound a lot like working in social media?

Here are a few examples of the kinds of things I did:

Then I moved into corporate PR and learned about media relations. And I often thought of those words as a code meaning: Clients pay more but get less coverage that often doesn’t lead to results. OK, that’s an overstatement, but you get the idea.

The Act of Making Stories Public

These days, I think we should retire the practice of media relations – even the words harken back to a time gone by.

Instead we should return to our roots and call it publicity – that is, the act of making stories public. And doing so in an ethical and creative way that entertains and engages the many audiences we’re trying to reach.

Last month, I wrote about why community management is an ideal model for PR.

We’re no longer trying to reach just one fairly homogenous group of people with our stories and news. It’s a more complex and exciting landscape.

Great publicity provides the amplification we need in a hub and spoke content model, when your publishing (i.e. blog or newsroom) sits at the hub, and social and traditional channels act as the spokes, sparking the kind of engagement that will carry your story far and wide.

And now we really can again measure results and demonstrate our worth.

So when people ask me what I do these days, I say I work in publishing and publicity – which combines content, social media, and new PR.

I don’t have that on my card yet, but maybe one day soon I will.