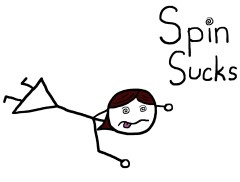 I’ve been thinking about this anniversary a lot this year. We’ve come a long way and I thought it’d be fun to share where it started.

We launched this blog because some of the industry leaders were talking about this blogging thing. Back then, there was no such thing as WordPress or Blogger. There were no themes you could customize for your design. There were no plugins to help you learn search engine optimization. There were no social share buttons.

It was all done on Typepad and it wasn’t pretty in the least.

Case in point. I’m not sure who wrote the introductory blog post, but here is the very first entry. 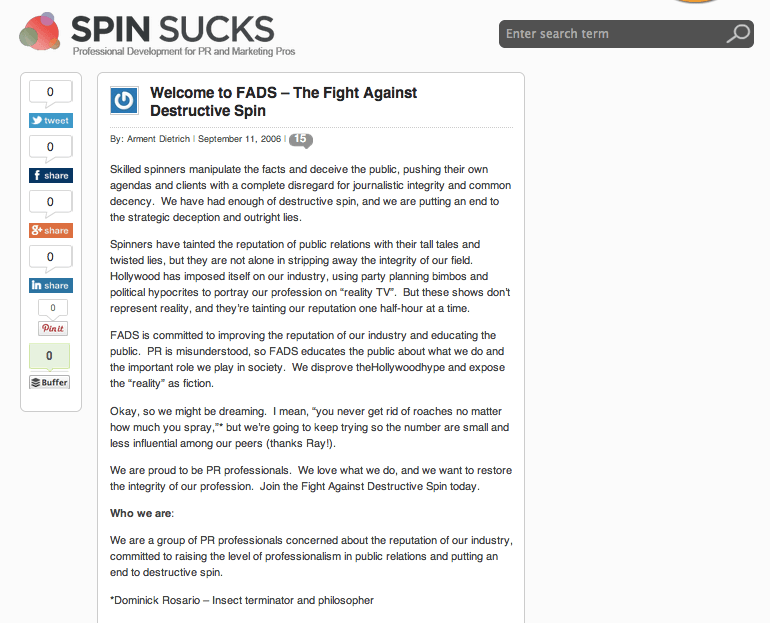 I’m pretty sure that’s not more than 200 words, there are no hyperlinks, no keywords, no social shares, no subheads, no bullet points. Nothing that makes a blog post easier to read. And what the heck is the footnote? Oh my.

There were 23 of us at the time and we decided everyone would write, from the interns on up to me. We didn’t have an editor and there wasn’t a consistent way of doing things. The only rule was you had to write about something that was happening that made the PR industry look bad.

We didn’t have guidelines that called for no politics in blog posts, consistency in hyperlinking to other articles, or even the use of images. 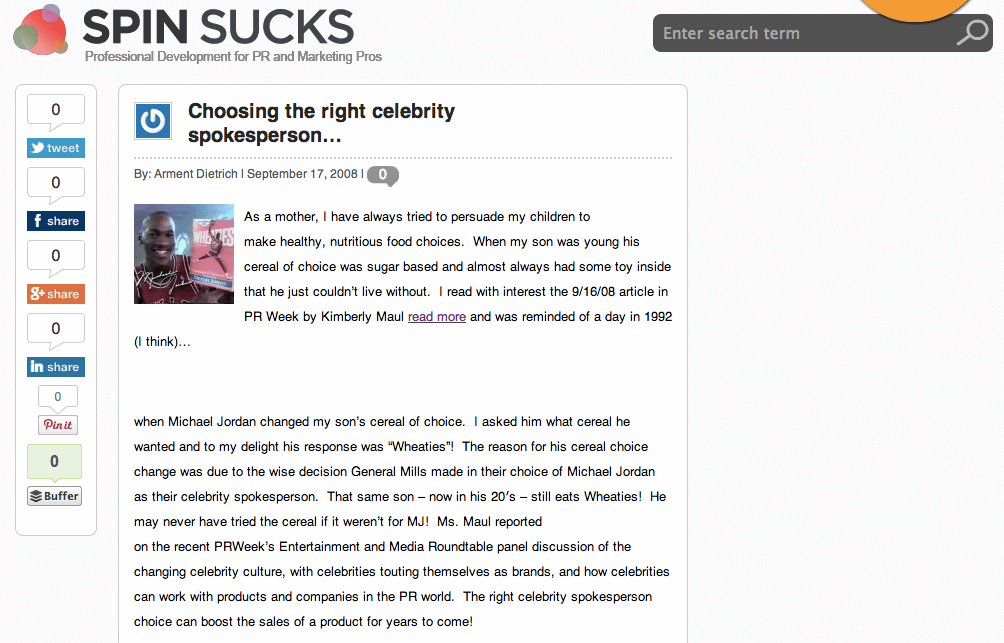 It wasn’t until two years later we started to understand the whole blogging thing a little bit better. But it still wasn’t great. 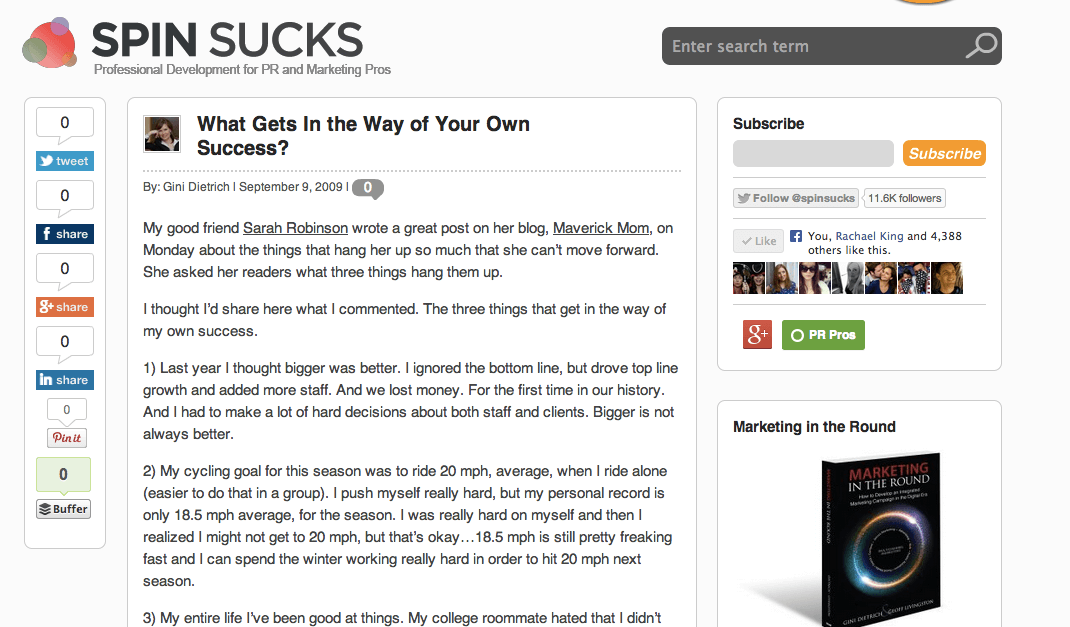 The voice was inconsistent, the editing was non-existent, and the topics were wishy-washy.

It wasn’t until the summer of 2010, when a young man who was a graduate student at Northwestern University came to me and said he really liked what we were doing with the blog, but he had some ideas to help it grow.

I hired him for a residency and he set to work on adding guest bloggers, creating weekly posts (Facebook question of the week used to be a blog post that published every Wednesday), and holding me accountable to writing three times a week … and by 8 a.m. on those days.

Because of him, we created goals (and exceeded them) and grew this little thing into something that now requires a full-time person’s attention (yay Lindsay Bell!).

On July 23, 2008, we installed Google analytics so we don’t have metrics from the first year. But here is what has happened since then:

More importantly, we dropped FADS from the branding to become just “Spin Sucks.”

We began inviting guest bloggers three years ago, but I can’t tell you how many of those blog posts are from you. I’d venture to guess 600, or about 25 percent of all published posts. Not too shabby!

In July of this year, I scaled back on my writing to just four times a week (it was seven) and we’re continuing that test through the end of September.

Once Spin Sucks (the book!) is off to the printer, I’ll turn my focus to longer form content to create in-depth articles for “PR” searches, podcasting, cornerstone content, and more.

This is a place to test, take some risk, track the metrics, make some tweaks, and report back so you can learn something and implement in your own blogging efforts. If there is anything you’d like us to try, I’d be happy to take a stab at it.

So here we are. Happy seventh birthday, Spin Sucks! Here’s to many more!

Special thanks to Jay Dolan for the image.

UPDATE (September 10 at 1:20 p.m.): There are people who insist in finding something wrong with everything I write. Today it is that WordPress and Blogger did exist when we started blogging. I stand corrected.