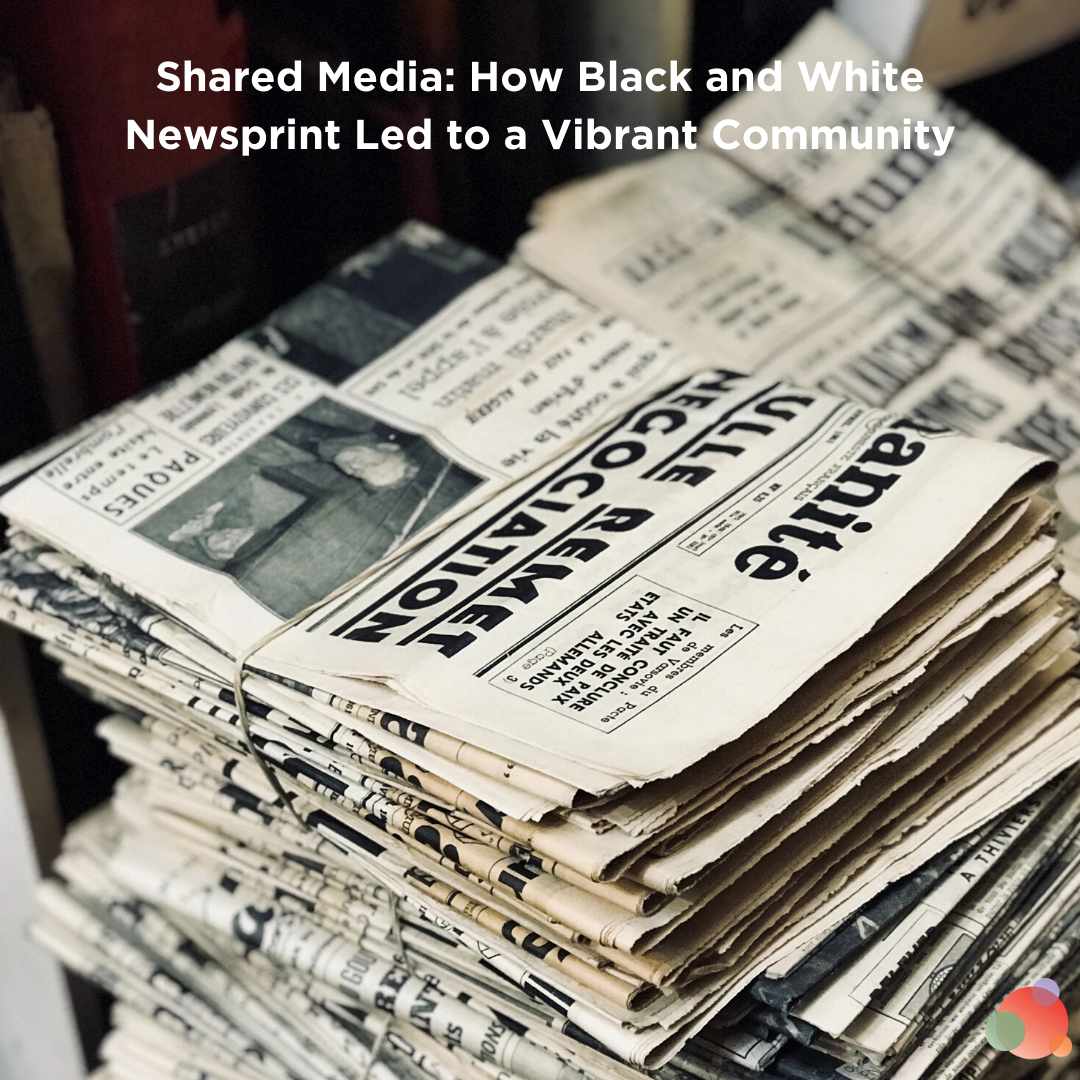 For the past two years, I have been spending 1.5 hours most Sunday mornings reading The New York Times.

Though I have not been reading the newspaper in the traditional sense, I have been part of a community sharing the experience as one person reads the paper “live.”

I got sucked in by Sree Sreenivasan’s introduction to this Facebook Live tradition one Sunday morning because he starts the readalong by taking a shot of New York City’s Upper West Side from his apartment balcony.

A five-minute shot of my “Happy Place” and you’ve got me for the next hour, easy.

After the check-in with the cityscape, our group settles down to the task at hand: Reading and discussing The New York Times.

Sree, our host, keeps it simple (although it can be a bit more difficult when there is a guest).

He has the paper laid out. He picks it up, and he says, “Look, The New York Times wrote about [insert story or topic here].”

Then we all comment. (For an example, this is a recent edition.)

It sounds a bit improbable, I know, but here’s what we have done together over the past two years.

Our most heavily viewed event had 2600 viewers during the live event and had grown to 5,000 a week later. (That included 348 comments, 74 likes, and 38 shares.) Of people sitting around watching a guy read the paper and then talking about it.

The New York Times did not ask us to participate in a readalong every weekend.

But we do, and we link, and we share, and hundreds of us talk it up.

By promoting, discussing and participating in a 1.5-hour event focusing on The New York Times, we are generating plenty of shared media impressions for the paper and its organization.

Sree, the creator, gets shared media from being the readalong maestro as well.

He and I got to know each other after he shared the evolution of his career after being let go from the Met. Subsequently, he was the Chief Digital Officer for New York City, and now he is a full-time consultant.

What better way to get to know potential clients than to invite them onto your balcony and into your living room every Sunday morning? And to send them your newsletter.

Readalong guests have created some earned media for themselves, too.

The week before Giving Tuesday, Jamie McDonald of Generocity, Inc., talked about how it began, with participants sharing links to their favorite causes.

Darlene Slaughter, Chief Diversity Officer for The United Way, shared about inclusion and diversity at work.

Betsy West and Julie Cohen, creators of the RBG Documentary, were on the readalong before the documentary was released.

I had such a sense of … ownership, I think … when I went to see it. I knew from their discussion what had gone into producing the film. I wanted it to succeed and (you guessed it) gave it plenty of shared media as I shared my experience.

Neil Parekh, the producer, and I (backup producer) get a bit of earned media too as we introduce ourselves and settle into the cockpit as the readalong ship sails through its hour.

Sponsors of this readalong also benefit from mentions, getting themselves some solid shared media.

For me, it’s not necessarily the components of the readalong that qualify as formal “shared media” which stand out the most.

It’s the bonds people, well, share in the course of commenting that give me the motivation to pursue them further.

The shared geographical connections. For instance, the way we Floridians greet each other or the way people from the other side of the world share their perspective.

Attracting a Broader Range of Readers

These days, reporters are no longer all-knowing authorities communicating to us in a one-sided conversation.

They know we are going to tweet them or email them or interact with their stories in some other way.

Perusing The New York Times is no longer a solitary activity for a coffee shop on Sunday mornings. It’s part of the broad public discourse.

Most recently, the readalong participants were discussing the idea of having Sree’s 15-year-old twins help host. “We want and need to hear teenagers’ perspectives,” said a community member. And we really do!

Over the years, The New York Times has changed in many ways.

A look at this video representation of all the covers since 1852 demonstrates the increasing role of pictures, first black and white, and now color.

Revenue from digital subscriptions in the 2nd quarter of 2018, at $99 million from the quarter, saw a nearly 20 percent increase from the same quarter the previous year.

One aspect of the readalong which speaks to me of the evolution of how we consume media is its imperfection.

A guest host may have a bagel in their mouth at the time they should be speaking.

And Tara the dog has an uncanny knack for barging onto the scene at the moment most guaranteed to turn the attention to her instead of the newspaper.

There’s very little “production” except for positioning the tripod so the newspaper is in a good place for viewing.

Growing a community has led to an opportunity to delve into some fairly deep topics.

As the national conversation grew intensely personal around the time of the Brett Kavanaugh hearings, we set aside almost an entire Sunday for a frank discussion about sexual abuse, being survivors, and the role of the media.

So many people had stories to share, and they knew they could do so in a safe place.

It is, as the best communities are, imperfect. It’s imperfect, but it’s ours.