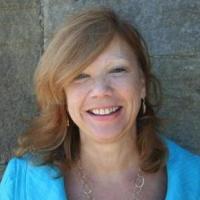 Compared to PR pros, are journalists quicker to adapt and embrace the wealth of opportunities that our vibrant new world of social media presents?

The dramatic evolution that journalism and PR have undergone since I was haring around the UK living on caffeine, adrenaline, and deadlines as an on-screen Sky TV reporter has been reinforced in Jeff Bullas’ brilliant blog on The 10 New Rules of PR.

As the UK’s first 24-hour station, Sky was hungry for its counterparts’ success – and its agility, tenacity, and speed (it reminded me of a voracious beast gobbling up my stories and instantly demanding more!) saw print journalists taking their lead from a channel that competitors predicted (wrongly) would go belly up.

Hunting “with the pack” was fun and furious and there was a certain snobbery (not to mention ego!) among the national media regarding their importance as the decision makers and custodians of the nation’s breaking news and ongoing content.

On becoming the “poacher turned gamekeeper” and moving into PR, my livelihood almost entirely depended on reporters – because at the time they were the only platform (with the exception of newsletters and company reports) to publish or broadcast our clients’ stories.

Thanks to the latter, the media is no longer the primary route for PR pros to penetrate our own and our clients’ target audiences.

Elements of the beleaguered mainstream media are under threat with falling newspaper circulations frequently in the news and compounded by TheMediaIsDying Twitter site.

Despite all this, the good news is that the media does not appear to be burying its collective head in the sand. Many journalists are looking forward, embracing social media, and appear to be pragmatic about what the future holds.

This was reflected last week when Social Times highlighted the results of a recent survey comprising more than 770 journalists from 21 countries which revealed that:

However, when putting PR agencies under the spotlight, we read that 78 percent of the UK’s 100 powerful agencies are not using Twitter, and our industry watchdog is bemoaning the the fact that PR pros are failing to embrace search marketing.

Why are agencies failing to realize that potential clients who are “new media savvy” may no longer engage them on sizeable monthly retainers to battle with thousands of competing agencies and in-house teams for mainstream coverage when a social media campaign can be more effective?

I’m really interested to hear your thoughts on how fast PR pros are adapting and responding to social media in the United States?

Also, will there still be a place for lifestyle publications that people can still see, touch, feel (and sometimes smell!) – or will we all be downloading apps for our iPhones and packing kindles in our holiday hand luggage?