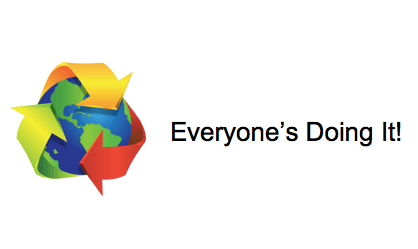 Lately, I’ve been reading a lot about social proof, which is the psychological phenomenon where people behave in a manner consistent with those around them.

This has led me to wonder, in terms of marketing communications, is it your brain that leads you to follow, or is it the way in which the content is presented?

The Cerebral Side of Social Proof

Much has been written about the psychology behind why people behave in ways similar to those around them.

At times, it is a conscious decision based on something we read or see others doing and the fact that we don’t want to be left out of the crowd.

There is a relatively well-known study conducted in 2008 involving placards in hotel rooms asking guests to reuse the towels.

On one placard the headline read “Help Save the Environment.”

The second read, “Join Your Fellow Guests in Helping to Save the Environment.”

According to the Wall Street Journal, the placard asking to join their fellow guests had an increase of 25 percent in towel reuse.

It is social proof at play, but in an understated way.

These subtle nuances in language can have a big effect on getting people to act in a way beneficial to a business’s bottom line.

There are YouTubers such as Kandee Johnson, who creates homemade, quirky videos about beauty, make-up, and style, and has garnered more than two million dedicated subscribers.

I saw the power of social proof at play when I worked in the beauty industry and had a client’s product reviewed by Ms. Johnson. Website traffic was off the charts and sales blew through the roof. The more people who watched and liked her video, the more sales increased, and the more people talked about the product.

It was the social proof snowball effect.

I asked my daughter what is was that drew her to websites such as Kandee’s.

She replied, “Everyone wants to be happenin’ and not left out.” I followed up with, “Is that all? To which she answered, “No.”

It was social proof that led her to check it out, and not be out-of-the-loop within her group of peers, but it was the content that kept her coming back.

So, is it individuals wanting to be like others that lead us to not want to be left out? Or, is it the content that’s fresh, funny and relevant?

I think it must be a little of both.

Here are a few ways to incorporate social proof into your online content:

Social proof in your content works. Embrace it. Use it. Test it. Be successful with it.