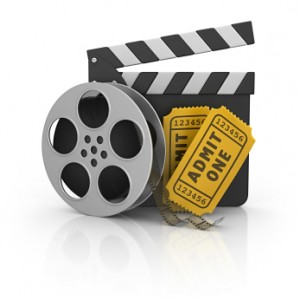 A few weeks ago, I asked the Arment Dietrich Facebook community about their favorite PR movie.

As is typical, there were some really great answers and some smart aleck answers. So I removed the ones that didn’t really count and looked at what was left.

It turns out, there were many good ones. So we narrowed them down to what we think are the top five…and one honorable mention.

Yes, we know we missed a few goodies such as Wag the Dog and Jerry McGuire, but those are on everyone’s list so I wanted to highlight a few others in their place.

“Thank You for Smoking” –Nick Naylor portrays a smooth talking tobacco lobbyist, but seems to be more of a publicist. He doesn’t deny the health risks of smoking, but still defends the cigarette industry. It’s a great illustration of the work of spin, which (as we all know) sucks.

“The Social Network” – Who doesn’t like a drama about that guy who created the world’s largest social network with more than 900 million users? I’m talking about Facebook for those that have been living under a rock for the past few years. This movie tells a great business story encompassing both digital media and traditional public relations.

“The Queen” – After Princess Diana died in a car crash in 1997, Prime Minister Tony Blair and the Royal Family disagree over how to address her death to the public. The Royal PR team attempts to distance themselves from Princess Diana after the messy divorce from Prince Charles. All the while, Blair tries to convince (and succeeds) Queen Elizabeth to make affectionate comments about her grandchildren’s mother, or a PR nightmare will ensue. It’s a great example of compromise and what to do to avoid a PR crisis.

“Roman Holiday” – Have I mentioned I’m a huge Audrey Hepburn fan? Oh, and we share the same birthday. If you aren’t familiar with the story, Princess Ann derails her public relations tour across Europe when her handlers give her a sedative and she sneaks out that evening to enjoy Rome on her own terms. She must decide to sell her secrets and unhappiness to the world or keep her friendship with reporter Joe hush-hush. This movie shows how much power the reporter has over the story.

“Frost/Nixon” – After staying quiet for three years, former U.S. President, Richard Nixon, attempts to save face, and his legacy, with a historic interview with David Frost.  Here’s a clip from the actual 1977 interview. PR pros are portrayed on both sides preparing their subjects for the interview and attempting to control the outcomes.

“Charlie and the Chocolate Factory” – We all know the story. Willy Wonka needs a successor for his empire so he looks to buzz marketing, PR, and media relations. His Golden Ticket stunt is one for the PR ages. He converts his eccentricity into positive publicity for his brand. I have to say, I’m a fan of the most recent version…and it has everything to do with Johnny Depp.

And a bonus, one of my favorite television shows…

“Mad Men” – It didn’t win an Emmy this year, but it’s still a great show. I know it features an advertising firm, however it does offer relatable scenarios like client-worker interactions, innovative and new company pitches, and agency dynamics.

What are some of your favorites?