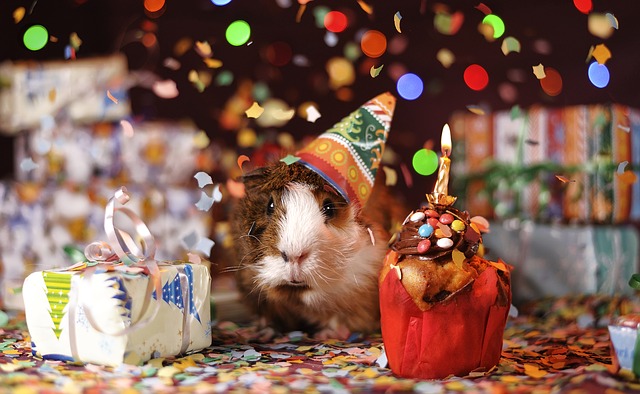 We were in our team meeting a couple of weeks ago, talking about the birth of Spin Sucks.

Then Laura Petrolino chimed in and said, “You launched it in 2006.”

I really can’t believe it.

It’s really easy to look at Spin Sucks and compare yourself to it.

Which is totally and completely unfair. 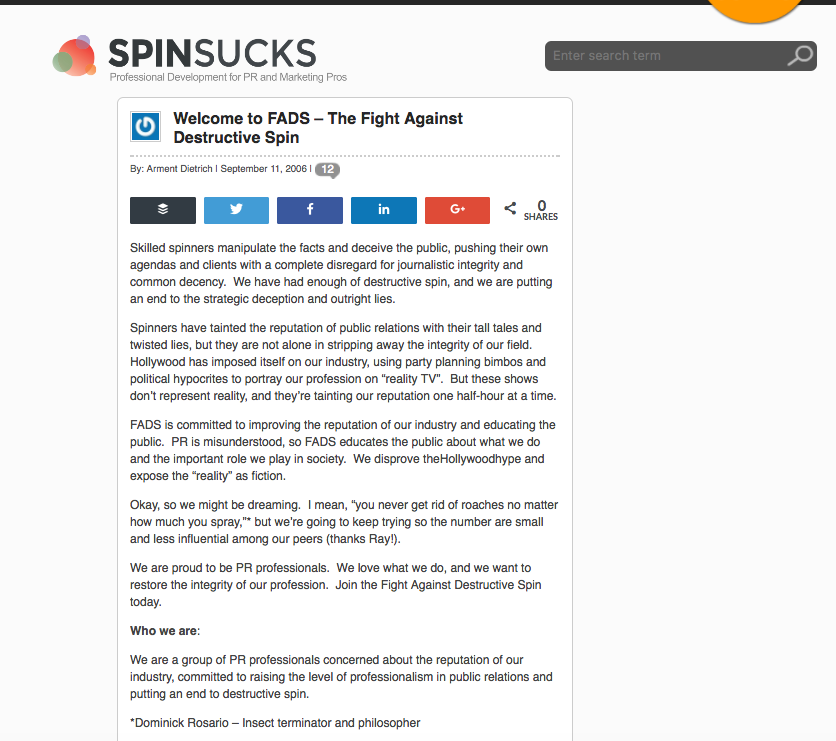 We footnoted a quote, as if it were a college essay, and the logic of the transition is, well, completely lacking.

And it went on like this for a very long time.

There were 33 of us at the time and everyone took turns writing for the blog…from me through the interns.

There wasn’t an editor, no editorial calendar, and no oversight.

If it was your turn, you wrote and published and that was that.

To this day, I have no idea why we kept going, other than my sheer stubbornness.

Spin Sucks Got Some Help

But, in 2009, after the economy crashed and I had to lay off nearly my entire staff, I had a little extra time on my hands.

I decided to take over the blog as my pet project, to see if I could make something of it. Especially because I had payroll to make and clients weren’t outsourcing their PR.

We needed another revenue source.

I wrote three days a week, which were random and dependent on when I was on a plane and had time to write.

It began to achieve a bit of popularity, mostly because I was addicted to Twitter and was able to make friends around the globe who helped support the brand.

Ah, those were the days. It was so much fun!

Even still, it wasn’t organized, strategic, or thoughtful.

That’s when a graduate student at Northwestern University offered to do his summer residency with us.

He whipped us in shape.

He forced me to write on the same days every week—at the same time.

(I had no idea you could schedule blog posts!)

I started to educate myself on SEO and I became a better writer, just from writing every day.

Slowly, but surely, we began to win some awards and notoriety.

But it easily took four years from the day we launched.

Imagine if you told your CEO that it would take four years to have success from your communications efforts.

They’d laugh you out of the room!

It’s been well worth the ride and I’m glad we didn’t stop before we had success, even though every other CEO in the world would have stopped.

But we didn’t and now we have some fancy numbers to share:

And countless jobs found, relationships built, businesses started, even a marriage…as a result of the Spin Sucks community.

All of these numbers point to one thing…every one of you.

Some of you are brand new to Spin Sucks and some of you have been around for 11 years.

Some of you have been friends since the early days of Twitter—and have been instrumental in the Spin Sucks brand building.

While others of you have been touting the PESO model and a new way of doing PR around the globe.

No matter your tenure with us, you are appreciated.

We often talk about how the heck we even got here, and we always end on, “It’s the community.”

I cannot think of a more vibrant, engaged, and active community in the B2B world.

The time you spend every day with us is incredible, and does not go unnoticed.

You help your peers from around the globe, answer questions, and provide brainstorm help.

Sometimes I sit at my desk and watch the conversations that happen in the PR Dream Team and I’m in awe.

In there, you don’t have competitors. There aren’t cliques or cattiness. All you have are professional people who are willing to help as often as humanly possible.

What’s Next for Spin Sucks?

The vision of Spin Sucks is to change the perception people have of the PR industry.

That’s why we publish things such as a new definition of PR and why we work so hard to help you measure the work you do.

Going into 2018, you can expect more of that, along with templates, worksheets, PowerPoint decks, and other resources.

If you join us in the PR Dream Team, you’ll have access to new and exclusive content, professional development, industry expert Q&As, and more.

We’re also getting a fancy new website, which will allow you to log in, choose your topics, and get updates when and where you want them.

There is a lot of cool stuff on the horizon and, as usual, we have big, big plans.

Buckle up and come along for the ride! We can’t reach the vision without you.