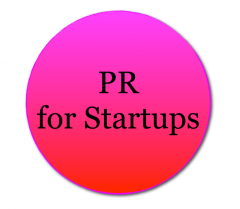 My friend John Corrigan is one of those guys who can sell anything to anyone. He’s so likable, everyone wants to be around him. He has no qualms introducing himself to a celebrity with their entourage hanging around, or to the recent immigrant who is working hard to gain her citizenship and make a living for her family.

Because of his innate ability to make people feel special from the moment he meets them, he is continually asked by startups to join their organizations to help them through that initial phase of getting launched.

Most recently, he decided his time is best spent by helping several organizations for a few hours each week…and, because he’s now a consultant, he’s faced with a new dilemma.

When is it Time to Begin Startup PR?

One of the big mistakes we often see startups make is to start the PR too late. Most call around a month before they launch.

This is too late.

If you want a PR program to work, I mean really work, ideally you’ll give the firm (or your internal person) a good six months to prepare. If you don’t have that kind of time, three months can work, but it’s not ideal.

Anything less than three months means you’re running around like a madperson, trying to get as much done as you can, and oftentimes the launch will not strategically coincide with the PR launch.

You want the business and PR launches to happen at the same time.

If you have enough time, it will be perceived you’re an overnight success because you will be everywhere all at once. If you don’t have enough time, the PR will begin to trickle in slowly and it won’t be as effective.

Startup PR: Tips for Getting Started

But having enough time is only the first step. Following are 10 other things you should consider as you interview for, and hire, your PR firm.

Of course, this is just the beginning to PR for startups. There are many other things to consider, such as staying focused on one feature of your product until after you launch, making strategic hires (including your PR firm), and really understanding how what you’re building is different than everyone else.

Give yourself enough time and follow these tips and you’ll find success right around the corner.

A version of this first appeared in my weekly AllBusiness column.

P.S. We’re going to try something for the next three months. So I can focus on some longer form content and test some of the ideas outlined in Increase Blog Traffic with These 12 Ideas, I am scaling back by three blog posts per week. I’ll be here Monday, Tuesday, Thursday, and Friday mornings. Wednesday morning, Gin and Topics, and The Three Things will be written by our team. We’ll report back in October!