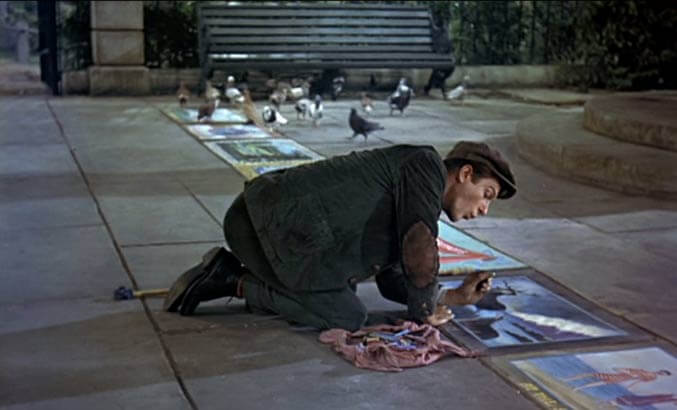 A few nights ago, I watched “Mary Poppins” with Lily, my 8-year-old daughter.

About halfway through the movie, Mary Poppins and the children met Burt, a chimney sweep, as he was drawing with chalk on the sidewalk. In a surrealistic moment, they jumped through his pictures into the scenes he’d drawn. They visited a fair, took a carousel ride, danced with penguins, and joined a fox hunt.

It makes one wonder what kind of brownies Mary was feeding those children.

Putting Mary’s possibly questionable child-rearing capabilities to the side, it becomes apparent that Burt, in that moment, successfully moved beyond effective storytelling and went straight into superior storymaking.

The scenes became real, the children became participants, and a powerful effect was unleashed.

That kind of participatory storymaking is exactly what brands need to engage customers in today’s marketing world.

In the age of authenticity, social media and the transparency of the Internet have made customers wary of artificial storytelling.

Like Mary Poppins’ charges, they want to jump right in and help shape their favorite brands’ stories.

It’s a tool—an important one—but it’s only a means to an end.

A good story might connect you to your audience, but it doesn’t invite them to join you.

In contrast, storymaking is a two-way participatory process.

It involves building your brand’s story through consumer feedback and an ongoing discovery process.

It’s a connection in and of itself, and it powerfully bonds consumers to your brand.

Here’s how to draw consumers in through storymaking.

Burt started the process of storymaking before the children happened upon his drawings. He had carefully crafted scenes so delightful that little Jane asked Mary Poppins if they could visit the drawings instead of the park.

Creating a compelling story that your audience wants to jump into is the magic of marketing, and it involves the intentional process of sketching your brand’s story based on what it offers that customers will pay for.

Your story will resonate better if you sacrifice some of its elements to focus on only a few attributes.

If you try to cram 11 brand benefits into one message, your audience will become confused, skeptical, and eventually indifferent.

After sketching your scene, invite your audience to join you in the collaborative process of storymaking.

Burt didn’t cast a vision and force the children to stick to it. Instead, he allowed them to participate and create alongside him.

Seek feedback and input as your brand evolves.

Social media offers a variety of platforms for achieving this. Its real-time feedback allows consumers to jump into and interact with your brand’s story.

Whether you’re mining your social platforms for organic discussions or asking your audience for their thoughts, listen attentively and seek to understand their feelings about your brand.

Telling a story that’s authentic to your brand is key to successful storymaking.

Burt put it well when he explained that his work was “all me own scenes from me own memory.”

Unfortunately, too many brands try to substitute storyfaking (creating a clever but inauthentic brand persona) or storytaking (stealing another brand’s authentic messaging).

Starbucks succeeded in engaging customers, in large part, by crafting a story about the people and places behind its high-quality coffees.

Dunkin’ Donuts has now copied the brand by claiming, “We sell the best beans in the world.”

This message is forced, and it’s a mistake.

Consumers can sniff out these faux pas from a mile away.

As you shape your story, make sure it aligns with your company’s values and brand persona.

Then, just as the children in “Mary Poppins” jumped into Burt’s chalk drawings, consumers will want to jump into your brand’s story.

Todd Wolfenbarger has more than 25 years of senior marketing experience with Fortune 50 companies in various industries and with his own marketing consultancy. He currently serves as president and partner of The Summit Group, an award-winning marketing communications firm at West Temple in Salt Lake City that specializes in the healthcare, franchise marketing, and consumer retail sectors.

View all posts by Todd Wolfenbarger