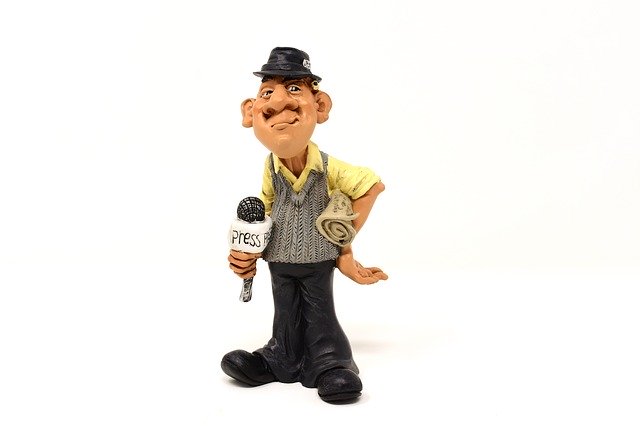 Earlier this month, Ashley McCormick woke up in Los Angeles to a junior PR pro’s dream: a New York Times article included her client in its opening paragraphs. In fact, it even quoted her pitch word-for-word.

But turns out this was not a dream—the article was about PR pitches the writer found inappropriate. Not the type of “placement” Ashley was hoping for.

I support journalists sharing their opinions about PR. But the problem with articles like these is that PR people tend to freak out and assume they need to completely shut down and not pitch media during unsettling times.

To Pitch Media or Not to Pitch

Ashley and her agency are smarter than that. Three days after that New York Times story ran, they placed that very same client in a round-up in Redbook (it’s #18).

I reached out to Greta Kovacs Schmid, founder and CEO of RAGDOLL PR, where Ashley works, to share my support and encouragement.

I completely agree with you. We’ve chatted with many of our close editor contacts and they’ve asked us to continue pitching, as they are still working on content and stories, just working from home.

Like Greta’s team is doing now, and like Kellogg did during the Great Depression, we need to keep promoting our companies and clients. This is what will determine who’s still around when the dust settles. And it’s our contribution to helping get the economy back on its feet.

There are specific principles you can follow to strengthen your media relationships and pitch media effectively during this crazy time. It’s a fine line between relevant and tone deaf, so focus on these five principles as you pitch.

It’s Not WHAT You Pitch, It’s WHO

As we see from the examples above, the same pitch sounds a lot different to a Redbook editor than it does to a NYT writer (and the writer admits in the piece that Ashley didn’t send it to him, it was forwarded by someone else).

This Wall Street Journal retail reporter got a pitch that she thought was only worth joking about on Twitter: 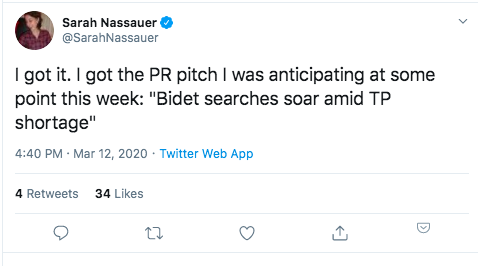 But the same angle yielded a full, straightforward feature on Business Insider (with links) that likely drove significant revenue.

Take the time to target the right journalist, and you dramatically increase your chances of getting a “thank you!” instead of getting flamed on Twitter.

Guess where the canceled one was supposed to be held? That’s right—New York City. The confirmed one will be in Austin.

Makes total sense that my event partners—like journalists—in Manhattan who are seeing their beloved Central Park turned into a field hospital would be skittish about events and story ideas that feel “business as usual” to them.

But states with decreasing cases are looking to start loosening restrictions in coming weeks. Pitching journalists in those cities’ lifestyle features about what to wear after you’ve gained five pounds and worn sweatpants for a month feels a lot more appropriate.

Commentators on media relations often cite mass advertising examples in an effort to explain what’s appropriate and what’s not to pitch media. This is wrong. Mass advertising and earned media are totally different animals.

My family got a free year of Hulu with our cell phone subscription. But it turns out “free” means “you still have to watch ads.” So while we’re binge-watching Brooklyn Nine-Nine and old episodes of Malcolm in the Middle, I get to see the Lexus “People First” ad over and over.

And it’s important for Lexus to keep it subtle like that. Because I didn’t sit down to learn what car to buy. I sat down to relieve some stress with my kids. Those ads are interrupting us, and they aren’t very contextualized. Just like almost every other mass advertising—billboards, magazines, most web banner ads.

When I’m reading an article on the Outside site about backpacking, I expect to hear what’s great about the backpack that the author used. It’s something I’m interested in, and I’m okay with the timing, because I chose to learn about backpacking right now.

Your properly targeted media pitches don’t need to be as COVID-focused and social-good-focused as Dove’s great “Courage is Beautiful” campaign. (I’m not crying, you’re crying).

There’s no playbook for running any kind of business during a pandemic. We’re all searching for clues. B2B outlets are starving for content about “what everyone else is doing right now.”

Grill your frontline workers, as well as your execs, about the roadblocks they’re encountering. Then ask them about the innovations they’re using to adapt.

These are the stories B2B outlets are interested in right now. Go a layer deeper than the current conventional wisdom.

Craft breweries pivoting to produce hand sanitizer is already outdated. Your company or client is likely doing something new right now that they don’t even realize is in front of a trend. Uncover that and share with journalists at relevant verticals.

And “niche-ing” down isn’t only for B2B.

Your local TV and newspapers may be experiencing record ratings and visitors, but those eyeballs are looking for COVID news. Do not try to squish your consumer-shaped product news into a COVID-shaped hole.

Instead, pivot to specialty sites and bloggers who are likewise experiencing floods of new visitors longing for escape. My wife has been writing a popular sewing blog for more than 10 years, and her traffic is up 30-50 percent.

She and her fellow web publishers need more content to feed that demand. And that’s why Gini Dietrich asked me write this article, right? ?

Sharpen the Saw on How to Pitch Media

Uncertainty highlights the importance of continual improvement. The tightening economy makes our business even more competitive, and you want to stay ahead of the learning curve. That’s why you take advantage of great resources like Spin Sucks.

Two weeks ago, I launched a FREE certification course for media relations in partnership with Muck Rack. Nearly 400 people have earned their certification and improved their media pitching skills. They’re using this time to strengthen and protect their earning potential.

And they’re saying things we didn’t expect to hear about a B2B online course, that it’s “fun” and “engaging.”

And thanks for grinding and pitching and homeschooling and everything else, for doing your part to keep stuff going until that blessed day when this is behind us.