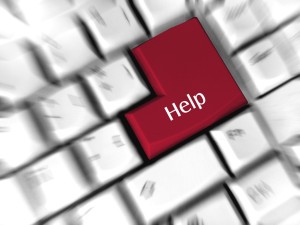 In 2006, Wal-Mart was caught redhanded cheating its way through the Internet to receive attention.

Their PR firm hired actors to pretend they were traveling the country in an RV, visiting Wal-Mart locations as they drove, and blogging about their experience.

This was before anyone really realized how the social web works and many organizations were taking some risk to figure it out.

But in 2013? In 2013, there are many experts out there in the world who know what happens when you give a customer, an employee, or a journalist or a blogger a megaphone.

Wal-Mart was once again embroiled in a scandal: This time with bribing Mexican authorities to receive permits and to do business in the country. And then again when their PR firm (a different one from 2006) posed as journalists at a news conference to try to persuade union workers to allow them to open a store in Chinatown in Los Angeles.

Unfortunately, it’s not just Wal-Mart that deals with online crisis and scandals that put them on the front page of the New York Times and every mainstream blog on the web.

If it seems like more and more of this is happening, it’s because it is. The web provides a way for stories like this to spread like grassfire. And it’s not good.

It used to be you’d hire a PR firm and have them write a crisis plan that was then put in the drawer and revisited only once a year. An online crisis plan wasn’t even considered.

Now? Now a crisis can erupt in mere seconds if someone has a bad experience with your organization.

So what happens if you end up on the front page of the newspaper?

Now it’s your turn. What do you advise a company do when the online fallout is so great it feels like the whole world is writing about it?

A version of this first appeared on Tom Fox’s blog, FCPA Compliance and Ethics Blog, in which I had to wear a Texans shirt because I lost a bet.