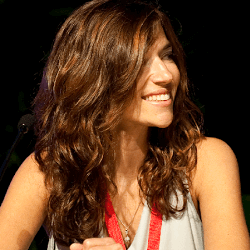 The words “I’m sorry” can be very powerful and carry great meaning.

However, if you don’t have three important elements in your apology, your words may sound hollow.

They might also tarnish your reputation, and, quite possibly, end a valuable relationship.

Just stating, “I apologize” or “I’m sorry” is not enough today.

Being in PR, we are not strangers to negative sentiment and crisis situations, whether it’s miscommunications, rumors, unethical behaviors, natural disasters, and the list goes on.

A part of your role as a strategic counselor is to avert crisis as much as possible, and to also neutralize the negative situation, as quickly as possible.

The responsibilities of the Pre-Crisis Doctor, which I discuss in my book, focus on how to be more proactive with negative communications in the age of social conversations.

The Anatomy of an Apology

Yet, when the unexpected strikes and the words “I’m sorry” are in order, there are three parts of the apology to understand, before those very words are spoken.

Does Social Media Help or Hurt the Apology?

You might think social media only makes the situation worse when a company is in crisis. Regardless of how far your situation or apology will travel through social media, you should always focus on the key elements first, especially when conversations travel rapidly through web communities.

Social media creates heightened awareness and affects how memorable the incident will be, post apology. Social conversations will amplify the situation to an “audience of audiences” because there’s no shortage of remarks around a situation and/or the apology itself.

By nature, people will scrutinize the details with their peers in their favorite networks. This also occurred prior to social media – the news just didn’t travel as far or as fast. In addition, media and bloggers with real-time delivery of news and commentary and more interactive content add to how we remember the negative situation, or if we will move onto the next big crisis.

Start with the Anatomy of the Apology

Regardless of the different levels of negative situations and crisis escalation, it’s always best to start with the anatomy of the apology. As you check your tone/ intent and delivery method, and then decide how you will act on your promises, you have more of an opportunity to use social media to your advantage.

Communication travels quickly and your community may also come to your rescue when headlines read, “XYZ Company Takes Ads Down After Apologizing” or “ABC Firm Says it is Sorry With a Complete Recall.”

If you make a mistake (small or large scale), and an apology is in order, then act quickly. Deliver on those three important elements – the anatomy of your apology. Finally, use social media to increase awareness around your positive actions as you move forward. A meaningful apology backed by supportive measures, will keep your reputation and relationships in tact.

Deirdre Breakenridge is CEO of Pure Performance Communications. A 25-year veteran in public relations, she teaches at NYU and speaks nationally and internationally on the topics of PR, marketing and social media. She is the author of five business books, with her most recent book, Social Media and Public Relations: Eight New Practices for the PR Professional, published by Financial Times Press in May of 2012.