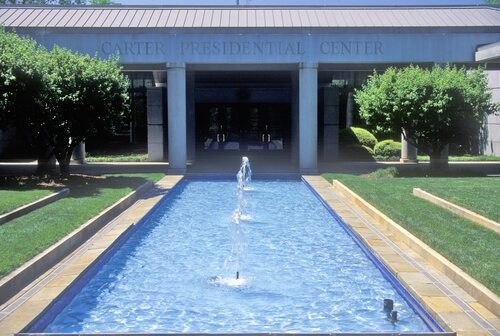 A note to our sensitive readers: Let it not go unnoticed this is the only place you will find Tinder and Jimmy Carter mentioned in the same post.

Originally this post was to be a pointed review of that time Tinder freaked on Twitter over the Vanity Fair article, Tinder and the Dawn of the “Dating Apocalypse.”

Too much time elapsed and, it remains a fatuous stunt, so I have nothing to add.

I was ready to swipe left on the idea but something caught my eye.

There is this idea, a notion, that permeates the external communications of some “new economy” companies. It is the concept that whatever a company is doing—“disrupting” laundry for example—is changing the world.

See it right here in a tweet from the Tinder rant. 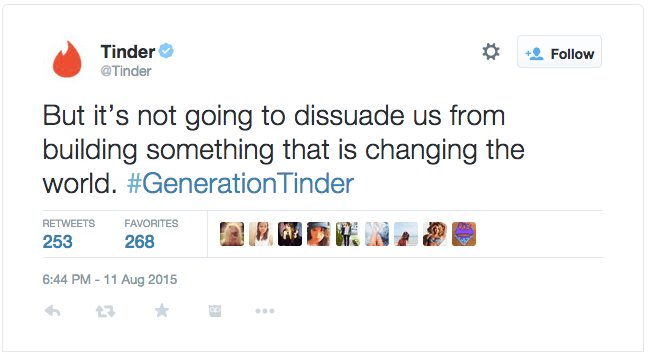 I’m not singling out Tinder, they are hardly unique with this belief.

But there is nothing new about hooking up. How we score them has evolved, and Tinder innovates in this area.

So I started to think about what confers world changing status.

Then, Jimmy Carter gave a remarkable, if poignant, news conference.

In case you missed it, the 39th President of the United States has cancer.

I am too young to recall his presidency—thank you very much—but I know he went on to a distinguished post presidency with the Carter Center at Emory University.

In 1986 the Carter Center set to eradicate Guinea worm disease, and has reduced the number of cases to just less than 200 today. There were 3.6 million cases when they started.

I hope he does.

This man—a Nobel Peace Prize winner—concluded his media event and went back to work.

Consider the world changed for the better because of his effort, with millions of prevented cases of Guinea worm disease.

There is a lesson for us communications professionals in this, and it includes:

These aren’t the flashiest things, I know. Neither lawyers nor crisis communications teams will be required.

The actions that change the world speak for themselves.

And that creates the best story angles—time and again.

Daniel is a social media/communications strategist, copywriter, community builder, and raconteur. A life-long student, he is fascinated with the craft of community building to foster meaningful exchanges.

View all posts by Daniel Schiller