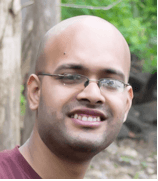 In 1969 and 1970, a large part of Iraq was hit by a severe drought and famine causing a shortage of wheat.

The wheat, however, was laced with a fungicide called methylmercury, which was to prevent spoilage during shipping.

Methylmercury is a nasty chemical and can damage the central nervous system of humans and animals. It causes symptoms such as paralysis, brain damage, and blindness. In higher doses, it can be fatal.

Anatomy of a Disaster

All the bags in that shipment were stamped with clear instructions on how to handle the lethal contents. To underline the dangers, the suppliers even emblazoned a skull and crossbones on each bag.

That should have be enough, right?  It wasn’t.

With their previous stock of wheat planted, thousands of villagers who had no clue about the toxicity of the foreign wheat, used it as food and feed.

And within a month, disaster struck.

I won’t get into the gory details but the Iraqi incident was one of history’s largest cases of mass mercury poisoning.

And to think all this could have been averted if they had added a line in Arabic.

Here’s another, less darker take on the cross-cultural communication.

A soda marketer was glumly sitting at the bar. His friend approaches and asks, “Why so serious?”

He replies, “I created this left to right comic strip for a campaign. It showed a famished man crawling across the desert who finds a bottle of soda, chugs it down, and walks away with a cheerful smile. Sales tanked after it ran in the Middle East.”

“Everyone read it from right to left!”

While the Internet ensures your products and services can be sold all over the world, it does not make your customers and prospects react to your message in lockstep.

If you are selling to multiple countries or cultures consider the following:

Cross-cultural miscommunication can have far reaching consequences. It was one of the reasons Lehman Brothers went bankrupt. It was also a major reason why the Israeli Army was beaten back by the Hezbollah  in 2006.

Do you have any “lost in translation” war stories? What would be your prescription to avoid such situations?

Bhaskar Sarma is a B2B tech copywriter and content marketer. He blogs at Pixels and Clicks and helps his clients create content that establishes them as a trusted solution provider. You can follow him on Twitter at bhas.