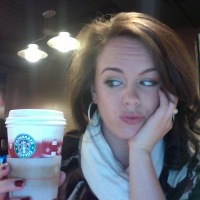 Anyone who is anyone in the social media world watched Mark Zuckerberg’s “60 Minutes” interview with Lesley Stahl. We tuned in, DVR’d, or watched online, because, after all, we are all weirdly obsessed with this thing called Facebook. And while the interview proved insightful and interesting, it lingered in our minds. The meeting was, in a way, a clash of the titans: traditional vs. digital.

Spin Sucks covered the PR backlash of Facebook failing to let “60 Minutes” have the “exclusive” they promised. Maybe there was miscommunication between the two entities. Maybe “60 Minutes” overvalued the new profile aspect of the interview. Maybe they should have promoted something different, like Zuckerberg’s feelings on the movie “The Social Network.” Either way, there was a disconnect between what Facebook’s intention was, what 60 Minutes expected, and why the audience tuned in.

From my perspective, Zuckerberg took the opportunity to face the public about a few things, including the continuing controversy surrounding the Winklevoss twins, privacy issues, and how he has adapted from a “toddler CEO” to the very obvious and talented leader of a young-yet-behemoth company.

Let’s be honest – Facebook makes changes ALL the time, so “exclusively” showing “60 Minutes” their new profile pages was the last thing they were worried about. And if we really are being frank, Zuckerberg did “60 Minutes” a favor by even appearing on their show.

“60 Minutes,” on the other hand, valued the “exclusive” glimpse into the new profile pages as their main story feature. The show prides itself on continually getting the “in,” like having the only interview with a controversial politician or getting a behind-the-scenes look at a new Broadway production.

The show constantly provides newsworthy stories, which is most definitely why they wanted the “in” with Facebook. So they jumped on the bandwagon, but failed to change their style to serve a new age company. A square peg in a round hole, if you will.

In truth, it is something that we’ve been seeing a lot: how traditional media outlets are handling the unavoidable digital media overhaul. “60 Minutes” has had decades to perfect their style and strategy. Maybe this was the first time they were confronted with working with a company that wouldn’t conform to their longstanding ways.

It goes to show that, with the digital evolution of all media, weight has definitely shifted. While the lines have always been blurry between advertising, marketing, and public relations, the digital overhaul has completely swirled them together.

It might seem unfortunate for traditional entities, but the tables have drastically turned. This “online stuff” is more than just trendy. It’s officially moved in and made itself at home.

Wake up, folks. Digital media has gained the upper hand, so conforming to the new ways is the only way to survive: One must evolve, or die.

Jocelyn Rimbey is a Digital Marketing Manager for The Cyphers Agency in Annapolis, Md. She has an unhealthy obsession with marketing, coffee, and high heels.