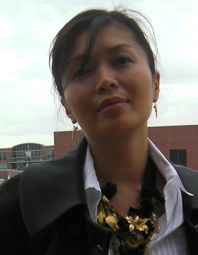 From BP to Kenneth Cole to Mattel, there is no lack of disasters that we, as communications professionals, can analyze and learn from. These examples add to the growing body of guides on how to survive a corporate crisis played out in social media.

Each case prescribes the best practices we know are elemental in handling a tough situation: Take ownership, use all channels to share and reiterate key messages, actively engage with customers, reply to critics quickly and factually, explain what you are doing to resolve the situation, and be transparent.

In all these cases however, one thing is curiously missing. No one ever talks about the forgotten stakeholders: Employees.

Across the company spectrum, from rank-and-file staff to even senior executives, very few crisis communications plans are designed to keep employees top-of-mind.

Overlooking employees is never deliberate. They are not the most immediate threat – Facebook posts and withering tweets are what cause the real ripples. And as in all crises, the tendency is to confine a grim situation to a group tasked with resolving it rather than spreading it more broadly across the organization. In most cases a one-off email confirming the situation and the steps the company is doing is considered good enough.

This is unfortunate for three reasons:

Finally there is no better opportunity than a crisis to close the gap between what a company claims to be and what it truly is. In your company branding, do you profess to be the employer of choice? Do you claim to put staff above all else? Do you say your employees are empowered? If there had been any lingering cynicism before, now is the time to show that your positioning is not just slick verbiage, but truth.

Editor’s note: Want to learn more from Alicia? She has excellent crisis communications lessons to share with us in next week’s webinar, Turning a Crisis into a PR Coup. In 2009, Alicia led the marketing for a global professional services firm when a strike in the New Zealand office escalated to protests organized on social media.  You’ll learn how her team led the company, unfamiliar and untrusting of social media, through the crisis communications effort. She’ll share the the do’s and don’ts of online crisis communications, and how to  find that silver lining in your own situation. Thursday, September 8, 11 am Central. ($50)  Register here.

Alicia Kan advises companies in Asia and the US about digital communications and marketing. She will be sharing an international crisis communications case study driven by social media on September 8th.