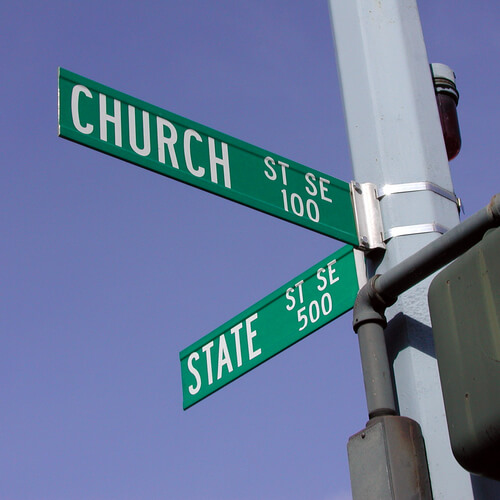 Nearly five years ago I wrote a blog post that, to this day, I regret writing.

You see, I forgot about the vision of Spin Sucks, which is to change the perception that most people have of the PR industry.

It is to provide the tips, tools, thoughts, ideas, and techniques to help our peers stay ahead of the ever-changing trends, and to do so ethically and with the long goal in mind.

I’ve also been a very strong proponent of attacking an idea, but not the person. I know what it’s like to be attacked personally because of something I stand for and I never want another human being to feel the way that makes you feel.

And I was wrong. Terribly, terribly wrong.

Yes, the idea of this person was wrong—and I still believe that today—but the way I handled my criticism was equally wrong.

Robots We Are Not

I am reminded of this every time I see an organization trip over their feet or make a mistake that could have been avoided.

We all are human (which is unfortunate because I’d really like to be a robot!) and we all make mistakes. But we also all have the chance to think things alllllll the way through before making a decision.

I won’t go into detail about the article that outed a high-ranking executive at one of the largest media conglomerates in the world—you can read it here if you like—but we will discuss our obligation as content creators—”real” journalists or not.

Michael Arrington, the founder of TechCrunch is famous for saying:

Getting it right is expensive, getting it first is cheap.

And this is the premise of every start-up, insolent blog in the world that has focused—since 2002 or 2003—on generating clicks from the mass consumer, no matter what it takes.

Gawker Can No Longer Be Insolent

Gawker is known for it’s slogan: “We put truths on the Internet.” And, in the early days of the web, that would have been enough.

It’s why TechCrunch and Buzzfeed and Mashable and Gawker exist.

But one day after this particular tabloid story ran, that outed a man who is married and has three children in the name of “putting truths on the Internet,” the managing partnership of Gawker Media voted—four to two—to remove the story.

They did so because of the outrage of its readers…and because advertisers, such as Discover and BFGoodrich, reportedly said they would pull their advertising if the story remained.

Nick Denton, the founder of Gawker, wrote about the removed post:

The story involves extortion, illegality and reckless behavior, sufficient justification at least in tabloid news terms. The account was true and well-reported. It concerns a senior business executive at one of the most powerful media companies on the planet.

The media environment has changed, our readers have changed, and I have changed. Not only is criticism of yesterday’s piece from readers intense, but much of what they’ve said has resonated. Some of our own writers, proud to work at one of the only independent media companies, are equally appalled.

I believe this public mood reflects a growing recognition that we all have secrets, and they are not all equally worthy of exposure.

Church and State Exist if a Story Deserves to Be Told

Yesterday, Tommy Craggs, executive editor, and Max Read, editor-in-chief, resigned from Gawker, stating a difference in opinion about the removal of the story.

The resignation letter to the staff from Craggs stated the reason he is resigning is because:

…the responsibility Nick (Denton) had vested in the executive editor is in fact meaningless, that true power over editorial resides in the whims of the four cringing members of the managing partnership’s Fear and Money Caucus.

It’s the old church and state argument. The advertisers—and fear of losing them—is making the decision of whether to remove a story for something other than “factual error or legal settlement.”

But, here’s the thing: They ran a story that was extortion at its finest. It is juicy because of who the extorted is—and his relationship to a person in power—but that’s it.

Your readers are the most important part of this whole Internet thing.

As my mom always says, “Remember who you are and what you stand for.”

If you do that, you’ll have success and never have to apologize for a mistake that could have easily been avoided.