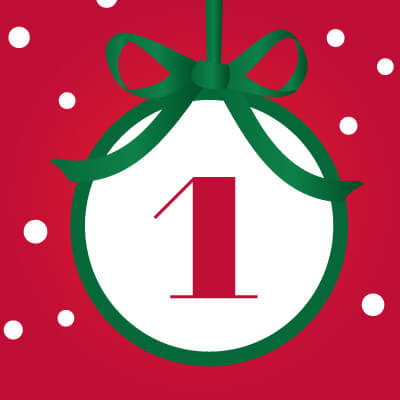 It’s time for our annual 12 days of Christmas!

Now look, I know traditionally the 12 days of Christmas don’t begin until December 25 and end on January 5, but I am taking December 19-January 2 off (yippee!). And I would venture to guess the majority of you also are off…at least for a good portion of that. So it doesn’t make sense to run these blog posts during that time.

We also are going to skip Fridays so we can still do the Inquisition (something fun is coming for the month of December!) and Gin and Topics.

So it’s our own version of the 12 days of Christmas, if you will.

On the first day of Christmas, Spin Sucks gave to you…the one PR tool you’ll need for 2016.

You may recognize the name Aly Saxe. She’s guest blogged for us on occasion and she’s been on the Inquisition. She’s not afraid to speak her mind.

She is, in fact, one of my most favorite people on earth. She’s smart, she’s analytical, and she really gets what the PR industry is missing.

But she’s not the PR tool for 2016 that I am going to recommend (she can’t even be accused of being a tool). Her company, Iris, is the PR tool I recommend.

Iris is a PR tool that allows you to track media relations effectiveness. You BCC an Iris email address when you send a pitch and it stores it in the correct campaign. As you update the result (interview, story place, speaking engagement contributed content, award won), it automatically updates your file.

And then it pumps out a pretty little graphic, by week, that shows you your effectiveness. 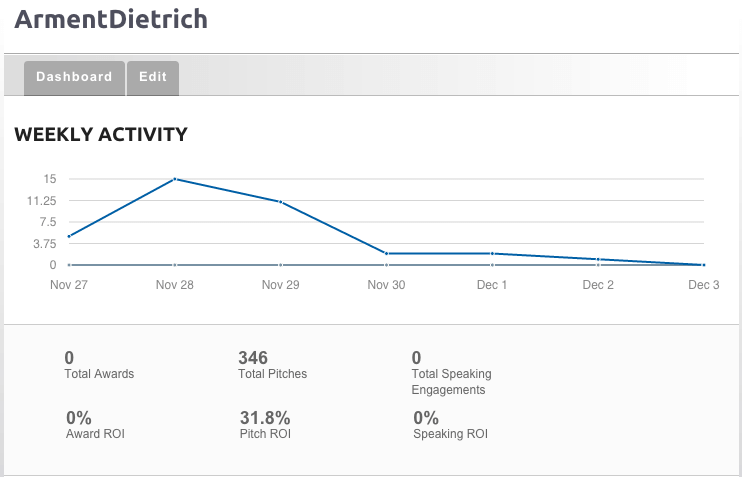 (We aren’t doing awards or speaking engagements for clients right now, which is why those are both zeroes.)

As the business owner and the person in charge of new business, I can look at this and tell a prospect, with confidence, that we place 32 percent of the stories we pitch.

But it’s not just for business development. Let’s say I’m in a meeting with a client and he or she asks how the media relations is coming.

I pull up their dashboard and I can drill down by specific campaign. For instance, we scheduled media interviews for a client during their biggest trade show in October. So I go to that client in my dashboard, click on the trade show campaign, and it shows me how many pitches were made by type. 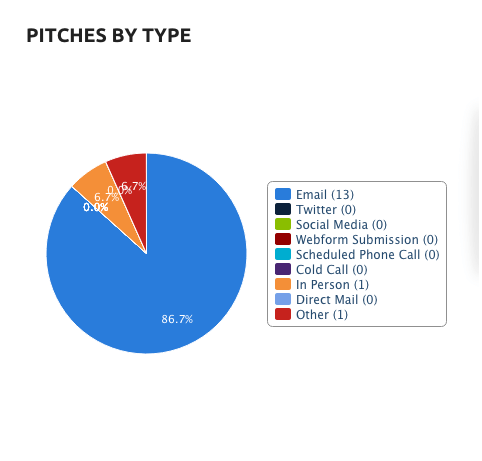 Admittedly, we used this a bit incorrectly (it was the first time this particular media relations team had used this PR tool) and we entered only the interviews we scheduled, not the actual pitches. So, while the pitch ROI shows me 100%, I know it’s actually closer to 30 percent.

There were 50 journalists we pitched and we secured 15 interviews. So this chart actually shows me how many interviews were scheduled and I had to manually calculate the ROI. It also helped me coach my team on how to better use the tool so I don’t have to keep that information in my head any longer.

I can soon file it in a gray marble, like on Inside Out.

If I look at it another way, I can show reports by agency, by person (so I know who is being the most effective), or by client.

So I pulled a report for a brand new client…someone we just started working with about two weeks ago. This shows me what the team has done in those two weeks and the kinds of results they’re getting.

Of course, it’s a bit too early to show this to the client (unless she reads this blog post—ha!), but after another two weeks, I expect that pitch ROI and the result total to increase. I would venture to guess, just based on this data, we’ll probably exceed our 32 percent pitch ROI on this client.

There is one thing that I don’t like about this PR tool: You can’t track the interim activity.

For instance, let’s say I place a guest blog post or contributed content or OpEd with a blog or publication. Now I have to write it and get it approved.

This is a big sticking point for some of our clients. We would count that as an interim result, while we’re working to get the content approved. But there is no way to show that right now so I have to manually pull the data, which works in the short-term, but not forever. (And, to Aly’s credit, she’s talked with me about that and has it on her engineering to-do list.)

One more thing to note about this PR tool: The platform we are using is their “old” app. They launched a new app about three weeks ago and it is GORGEOUS. The reports are prettier and it’s a little easier to use.

But we’ve not transitioned over yet so these reports I’ve pulled will look differently than what you would see.

As for pricing, they have it laid out plain as day on their website. It’s as low as $40 per month, which is really affordable. You’ll find the time savings you gain from not tracking your media relations efforts in Excel or some other antiquated system will easily pay for itself.

So there you have it. On the first day of Christmas, Spin Sucks gave to you…the one PR tool you’ll need for 2016.