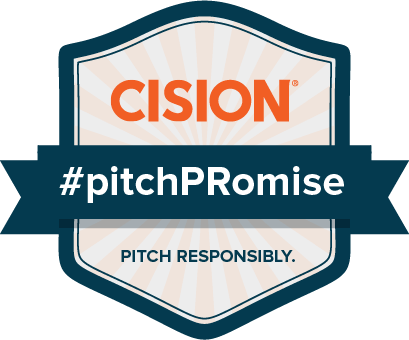 I often tell the story of how, when I started my career, we had the big, green Bacons books in the agency library.

Because there weren’t copies for all 200+ of us, you would check them out of the library, copy the pages you needed, and check them back in.

Then you’d take those pages to your desk and start making phone calls to journalists.

(I swear I’m not that old, but this does make me sound ancient.)

I’ll bet if I went through some of my old work files, I’d still find those highlighted and written on pages…the pages that started my media relations craft.

If you wanted to read what a journalist was writing before you pitched them you—gasp!—ordered the publication and it arrived in the snail mail.

I would come back from business travel to stacks and stacks of magazines and newspapers sitting on my desk.

How Cision Has Evolved Media Relations

Bacons eventually evolved to Cision and you could get information on a journalist with a couple of clicks of your mouse.

But with the ease-of-use came mass pitching and lack of attention to detail and treating media relations like a “need-to-get-it-done” versus building mutually compatible relationships with human beings.

I’ve often said Cision is great for building your media lists, particularly if it’s a new industry you’re working in, but it’s not so great for distribution or pitching.

I had this very conversation with Peter Granat, the CEO of Cision, and Heidi Sullivan, the SVP and content lead, a couple of months ago.

It was then they told me about a program they were going to launch later this year called the #pitchPRomise, to try to stop the bad practice of mass media relations.

This is what they have to say about it:

Technology can help PR pros work faster, but it can’t replace one of the core tenets on which the industry is built: Relationships. Don’t sit back and simply let technology do your job for you. Instead, sign the #pitchPRomise to share your commitment to focusing on relationships and practicing smarter influencer relations.

It’s easy to do. All they ask for is your name, company name, email address, and title. Then you show up on the list of people who support the initiative…and promise to do media relations differently.

So get yourself over there and sign it.  Together, we can make a difference in the industry.