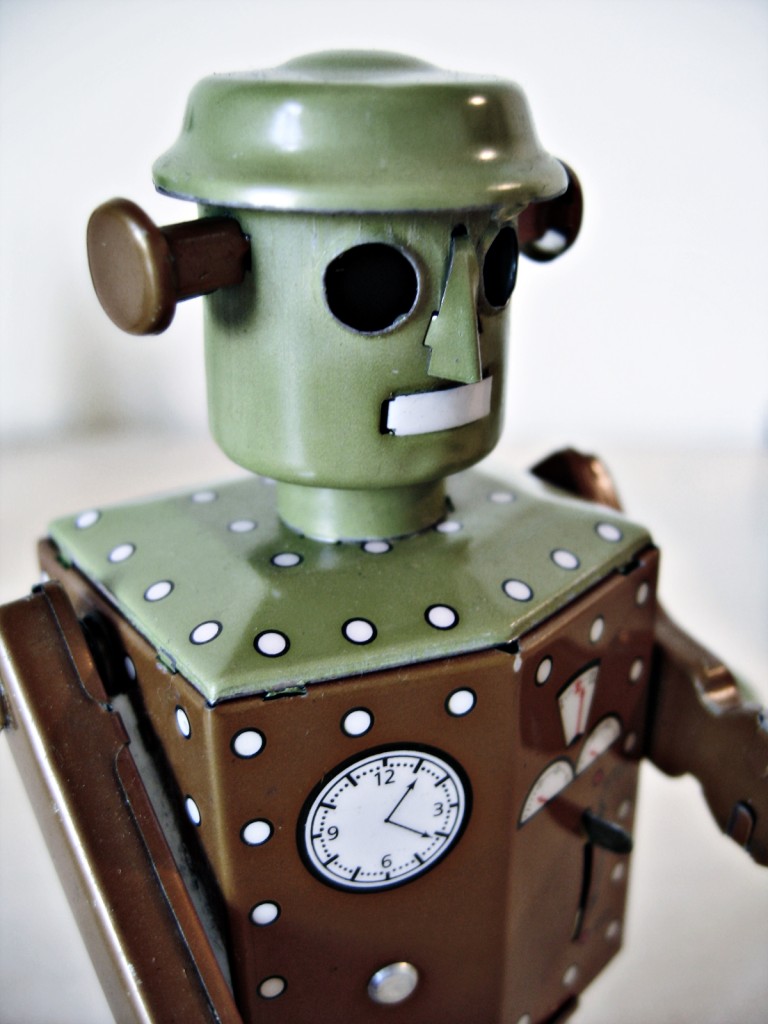 Journalism coming from a robot writing articles for a news outlet?

Ken Schwencke of the LA Times was the first reporter to release an article on the morning’s 4.4 magnitude earthquake.

It took Schwencke longer to roll out of bed and shake the cobwebs from his head than it did to publish the article, just minutes after it occurred.

Ten years ago, would anyone have thought this was possible in a real-world application? Certainly not me.

A Nation of ‘New’ News

People like Schwencke and companies such as Narrative Science have been working on the automatic generation of content for years, turning aggregated data into journalism.

According to its Facebook page, “Storyful is a recognized social media news agency which has been connecting content creators with trusted newsrooms around the world for three years.”

How does Storyful do it?

Using an algorithm, the company searches online sites for content and puts it into a story format…or what we know as journalism today.

Prior to adding the story to Facebook Newswire, it will be vetted by the Storyful team of journalists who will verify and fact check the information.

The Debate of the Bot in Journalism

There is a lot of debate as to whether using bots and algorithms in journalism should even be used, and how it will affect the jobs of journalists and other colleagues within the industry.

The fact is, journalists will always be needed to round out a story, add meaningful content, and edit the copy.

To that end, Slate.com published an article shortly after the quake, which included the following:

“By noon Pacific time on Monday, Schwencke told me Quakebot’s post had been updated 71 times by human writers and editors, turning it from the squib above into this in-depth, front-page story.”

While bots and algorithms might bring the news to consumers in a timely manner, the real meat of journalism comes in the descriptive details provided by a human.

I’ll use an example to further illustrate my point.

A bot might report a tornado like this: “Today, a category four hurricane hit the Gulf coast causing significant damage.”

Pretty factual, right? If a human were to write it, it might read more like this: “Today, a category four hurricane unleashed its wrath on the town of Toonville, destroying hundreds of homes and leaving family members searching for their loved ones still missing.”

While this is intentionally exaggerated, you get the idea. The latter not only provides more information, it evokes an emotion less likely to be found in a piece composed by a robot.

That is, for now.

Remember when fax machines were the big thing in the mid to late 80’s? Who could believe that transmitting a sheet of paper across the telephone line was possible?

And now, robots and algorithms are supporting journalism by gathering and formulating articles.

How much of what you’re reading is already generated by a bot? Probably more than you think.