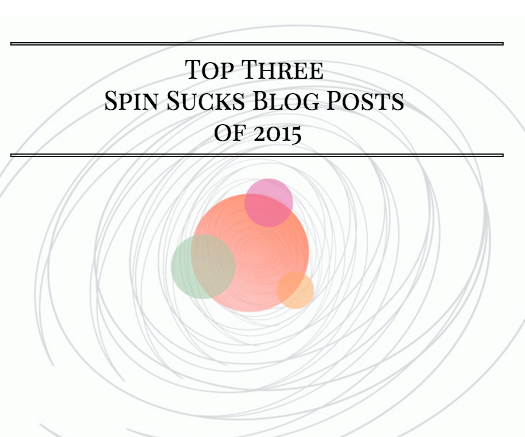 I thought to myself, “Self, you know what would be a killer idea? Dig into analytics to see what the most popular PR blog posts on Spin Sucks were for 2015, and then write a post on it for the end of the year.”

So this is exactly what I did.

And then I realized none of my posts were in the top three, or even the top five. None of them. Not one. Zip.

So then I thought maybe it wasn’t as good of an idea as it originally seemed.

The logical conclusion of this finding is that my posts were so popular they basically broke analytics. Heck, maybe they even broke Google? The shear amazingness of them created a type of phantom presence in which a good majority of my adoring fans aren’t counted as actual visitors due to the state of enlightenment they felt while reading my insights.

Clearly that’s it. But alas, I’m just going to share the most popular PR blog posts that analytics was able to record.

And Then There Were Hashtags….

For those of you wondering what my most popular PR blog post of the year was (since I’m sure you all were, right? RIGHT?!?) Oddly it was: Four Secrets to Successful Hashtag Marketing.  Hashtags. HASHTAGS? I write about hashtags and that’s what everyone likes?

That’s what analytics said, what were YOUR favorite Spin Sucks PR blog posts this year?