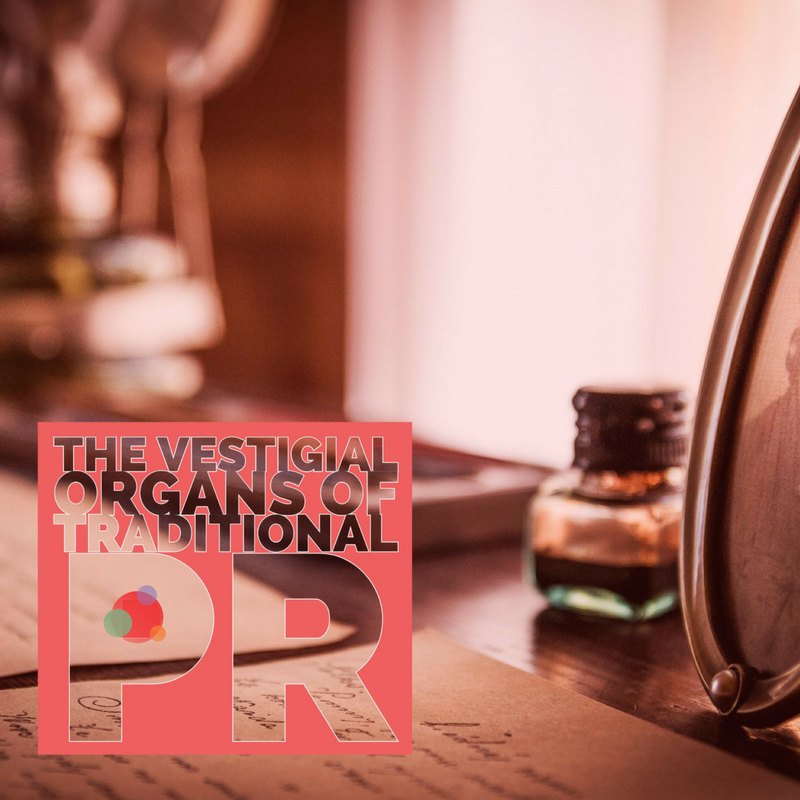 These remnants were the tools of my trade, and they allowed me to become the one-time king of public relations.

If you were to explore my PR office, you would feel like a radiologist reviewing a full body scan.

You would discover a treasury of once-purposeful, now vestigial, objects.

That wheel of index cards is called a Rolodex (for you younger explorers).

It contains the fruits of more than 15 years of networking.

The cards contain names of journalists from newspapers across the country, who I would contact when I needed something published in the papers.

Nowhere in that Rolodex would you find an influencer.

Nowhere would you find a blogger or brand ambassador.

These were old-fashioned newsmen—they worked hard and played hard.

That tome over there is my AVEs ledger.

All of my successful AVEs were compiled there.

Nowadays, I understand many people believe AVEs are nonsensical.

I was never one of those people, I believe one of the best formulas for the value of AVEs came rather recently.

I recently looked deeper into my once sacrosanct belief in AVEs and have now come to believe they masquerade as an authentic PR metric.

As someone who is no longer relevant to my profession, I speak from authority: Adjust your PR metrics.

That stack of type-written pages over there. Those are news releases.

I was a master of the news release.

Nowadays, news releases are used for no other reason than to justify a reporter’s request to her office manager for a larger recycling bin.

Thinking back to the heyday of news releases, they worked well.

But that was during a time when there were a limited amount of exposure channels.

Apparently, sending one out today is “story begging.”

I disdain begging. I guess, in today’s world of media options, you write your story instead of having your story written.

Crumpled on the floor by the waste paper basket (even that term seems obsolete), are a bunch of news conference agendas and questions I would slip to my “friendly” media plants.

Nowadays who would ever bother to show up for a news conference unless it was held by P-Diddy, the president, or Anthony Weiner’s crisis control team?

These channels are cheaper, and keep you in your pajamas.

These digital tools can be reviewed when the reporter chooses.

Those bottles on the floor there?

No, they are not angry ciders or infused microbrews.

And appreciation for Glenlivet is as low as the popularity of traditional PR.

You ever try to have a working lunch with Gini Dietrich or one of the other entrepreneurs who run these “digital PR and marketing communications firms”?

Don’t bother pulling out the scotch.

Pull out water steeped with cucumber julienne and don cycling pants that should be worn by no man ever.

These words sound like those of a cynic, but they are not.

Even though I am fond of the tactics I used in my time, I see how and why they have changed.

Is Traditional PR so Darn Different?

Success in both eras depend upon the quality of relationships one creates.

I may prefer a Scotch lunch with a newspaperman to a series of tweets with a hipster influencer, but the heart of the PR interaction will always be relational.

And second (or arguably first), is the quality of the content shared.

Story has been around forever, and like relationships, stories will be a witness to the next PR revolution.

I just hope by the time the next PR revolution occurs, I am a vestigial human, looking down from that big PR firm in the sky.