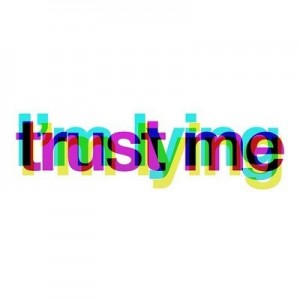 Last week, some news came to a head. Some very disappointing news that makes me really wonder about people.

A new author, Ryan Holiday, has written a book called, “Trust Me, I’m Lying.” And, with it, a gaggle of blog posts and articles are coming out about how reporters and bloggers have been duped by the 25-year-old claiming to be a PR professional, but who is instead a “media manipulator.”

Let’s Start from the Beginning

I don’t disagree with the premise of his thinking. He says journalists and bloggers are manipulated because of the 24/7 news cycle, which doesn’t allow for fact checking and source investigating that it did of the past.

In a recent Forbes article, he wrote:

At top of the pantheon of the media manipulators, of course, sits the late Andrew Brietbart. “Feeding the media is like training a dog,” he once said, “You can’t throw an entire steak at a dog to train it to sit. You have to give it little bits of steak over and over again until it learns.” And learned it did: they followed his lead exactly in the Shirley Sherrod story, and continue to fall for the manipulations of his student, James O’Keefe, who has ravaged NPR, ACORN, and many other liberal organizations.

And then you have influential bloggers, such as Michael Arrington, founder and former editor of TechCrunch, who once said, “Getting it right is expensive, getting it first is cheap.”

Things are now written and published based on – what I call ego-driven metrics – pageviews and number of clicks, regardless of it being right or not.

It’s easy to get sucked into those metrics. After all, organizations are getting funding and making money based on eyeballs. And they feel good. Really good.

But that Doesn’t Make it Right

Along the way, he began to use Help a Reporter Out (HARO), the brain child of Peter Shankman (who later sold it to Vocus).

HARO is a free service that puts sources in touch with media outlets. A journalist or blogger sends a query and people who have expertise on that topic email back.

Holiday decided to respond to each and every query he got, whether or not he knew anything about the topic. Nor did he do it alone. He enlisted an assistant to use his name in order to field as many requests as humanly possible.

He expected it to take a few months of meticulous navigation, but he found himself with more requests than he could handle in a matter of weeks.

According to the Forbes article,

On Reuters, he became the poster child for “Generation Yikes.” On ABC News, he was one of a new breed of long-suffering insomniacs. At CBS, he made up an embarrassing office story, at MSNBC he pretended someone sneezed on him while working at Burger King. At Manitouboats.com, he offered helpful tips for winterizing your boat. The capstone came in the form of a New York Times piece on vinyl records.

But he’s an expert on none of these things and, in fact, doesn’t suffer from insomnia or collect vinyl records.

This guy is neither a PR professional or a communicator.

In his own words:

I am a media manipulator. My job is to use the media to make people do or think things they otherwise would not. People like me are there, behind the curtain, pulling the puppet strings.

Yes, the 24/7 news cycle is a beast. Yes, there are free services, like HARO, that make it easier for journalists to source their stories without a ton of elbow grease. Yes, deadlines make it harder and harder to fact check and get it right.

But it’s still the job of the journalist or blogger to do exactly that and use services, such as HARO, as a starting point. And it’s the job of the PR professional to be ethical, not lie, or “pull puppet strings.”

Our industry is not regulated by a governing body so it’s up to us to self-police. Do we really want to be known as liars? Or will you join me in being ethical and shouting from the rooftops, “Spin Sucks!!”?