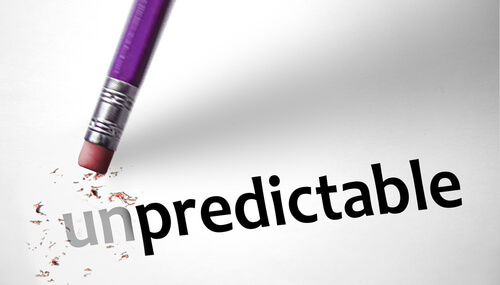 Generating the type of content people want to read and share is the penultimate goal of every PR professional out there.

It’s a great feeling to be so in tune with your target audience that you know the types of content they want, even before they do. And how does one effectively gauge the overall value system of potentially thousands of seemingly very different people?

By paying attention and genuinely interacting with them.

In fact, studying these behavior patterns is called predictive analytics, and can be very useful in predicting future outcomes and trends. And it isn’t just useful for PR pros, either.

Police officers use past data to prevent deadly confrontations.

Imagine putting that power into the hands of a PR pro interested in creating content with their brand at the forefront.

The Possibilities are Seemingly Endless

If there’s one thing I’ve learned about people during the course of assisting with various Kickstarter campaigns, it is that established demographics such as age, ethnicity, and income level are quickly becoming obsolete.

Target audience members can share the same level of income and age, but have completely different social identities.

By identifying the hyper-relevant core niche that unites them, you can start critically thinking about your next great campaign…and you greatest piece of content.

So which businesses were able to go above and beyond when connecting with their customers?

In 2013, Coca-Cola launched a unique campaign that only they could pull off: Replace their own iconic logo with 250 of the most popular first names among American teens and Millennials.

The campaign ended up creating a worldwide stir, resulting in millions of mentions and pictures on social media, as well as fueling revenue and volume growth.

The campaign was so successful it was relaunched in earnest on May 1st as Share a Coke 2.0, but this time with 1,000 names, more packages, and more ways to share.

Even better, taking a lesson from their first campaign, Coca-Cola has added an online component that allows customers to order personalized individual or six-packs of 8-oz. glass bottles, sparing them from scouring aisles in search of a specific name.

The ALS ice bucket challenge is another campaign that took social media by storm and generated more than $220 million towards treating and curing Lou Gehrig’s Disease.

The campaign originated in the American Northeast and quickly spread worldwide, with millions of people dumping ice-cold water on themselves, sometimes challenging others to do so, and sharing the resulting video with their friends and family.

Where some entrants were content to only dump a small amount of water on themselves, others went way over the top, like the guy who had a helicopter dump the water while he stood on top of a mountain.

Of course, this awesome piece of content garnered a ton of views, standing at more than nine million.

This was an amazing campaign that inspired people from all walks of life to participate, share, and help spread the word.

But Some Got it Wrong 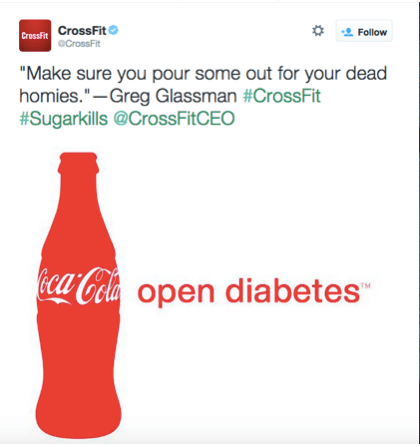 By now, we’ve all heard of the Crossfit PR nightmare, but considering Greg Glassman’s overall ideals regarding fitness, it almost seems like par for the crash course he’s on.

So who does that leave?

Without researching the meaning behind the hashtag, Digiorno tweeted this little nugget: 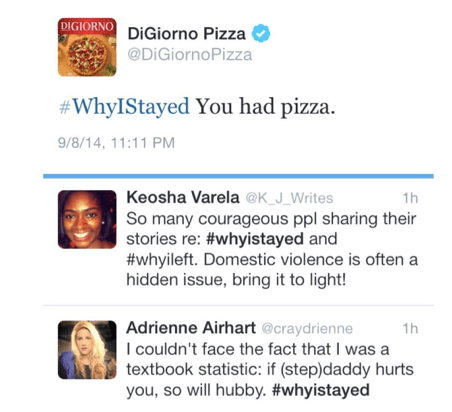 A classy move, but truly a testament to performing adequate research before using a particular hashtag.

In 2011, Lego and Shell Oil joined forces on a $110 million marketing contract that saw Shell-branded Lego toys being sold at gas stations in 26 different countries.

That video now has more than seven million views. 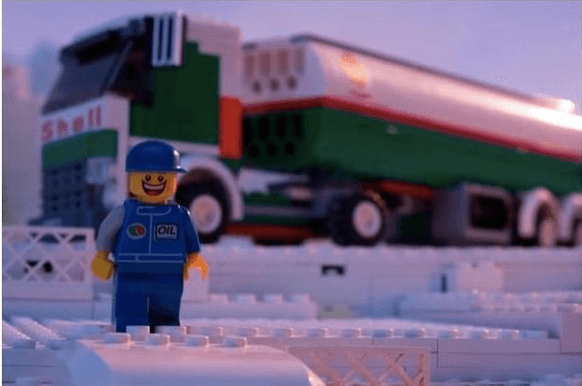 It’s not hard to use big data to read peoples minds if you interact genuinely, research hashtags before using them, and create a heartfelt campaign that your core audience will love.

Robert Conrad is a former business student and current mentor for at-risk youth. When he's not working or writing, he can usually be found firmly planted in front of his Nintendo.

View all posts by Robert Conrad