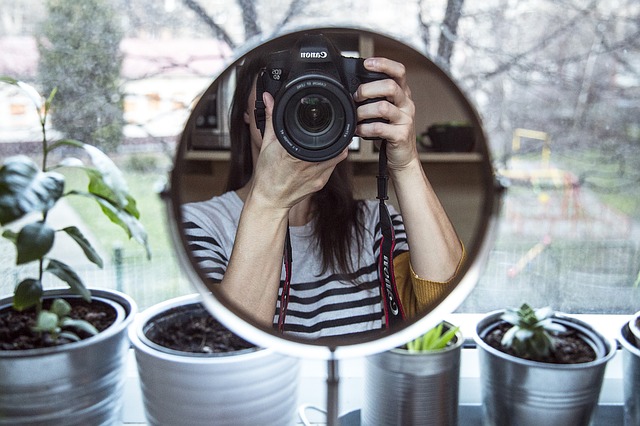 Last week we talked about how to set-up a user-generated content (UGC) campaign.

Today, we are going to look at how to execute it with the PESO model and what to measure.

Often when people think about UGC, they think social media. And while social media needs to play an important role in any user-generated content, it shouldn’t be the only part.

To maximize the results of your user-generated content campaign, you need to use the PESO model.

Even if your campaign is completely hosted on a social channel, you must, must, must start with owned media.

Owned media is the alpha and omega.

Send people there in between.

Say it all together kids: YOU OWN IT!

Yay! Gold stars all around.

If Your Campaign is Hosted on Social….

Start with a blog post to announce the campaign.

Do this about two weeks before the launch of the campaign (longer if people need more time to prepare).

And while the rules, logistics, and rewards of the campaign are crucial (logistically and legally) to outline clearly, most important is to tell a story.

Why does it matter? What’s the purpose of this campaign? Why should your community care?

You might even think about doing a video with your team or several influencers in your industry to tell the story.

If your campaign is hosted on your website—your community will submit content to you—follow the same above but direct them to the landing page where they’ll submit their images/content instead.

In last week’s article, we looked at the goals and objectives of the campaign.

From that you should be able to clearly map out what you want the user journey to be.

Draw it on a piece of paper.

This will allow you to take a birds-eye view and understand what other elements you need to add to your website to keep that journey fluid and forward-moving.

It will also help you see the role shared, earned, and paid media play to push users down the ideal path.

Distribute and Build Excitement through Shared, Earned, and Paid Media

Shared, earned, and paid media need to play a huge role in how you share, engage, and grow your community.

Way too often organizations fail (or short-change success) at user-generated content campaigns because they don’t integrate them through all of the channels.

Owned media is your operation headquarters, but shared, earned, and paid are your troops on the ground.

This includes both your own work through these channels and the work you coordinate with influencers.

Influencer Success with the PESO Model

Influencer relationships shouldn’t just be confined to the social world.

Your work with them on your user-generated content campaign can, and should, extend across all networks.

It’s a good rule of thumb to pinpoint a few influencers in your community who you can count on to promote your user-generated content campaign.

As discussed last week, finding, engaging, and leveraging micro-influencers is key to success.

While big names can carry their own value and large-scale distribution power, micro-influencers tend to have:

That doesn’t mean you never want to use big-name influencers, but it does mean you should open your eyes and mind to the value of users with smaller, more intimate networks.

Depending on your campaign and resources, you might want to use a bit of both.

But even if you do use big-name influencers as main pillars of your campaign, you should never launch a UGC campaign without a clear plan and focus on micro-influencers.

Once you’ve identified your micr- influencers, you want to do everything in your power to support and engage with them.

Outline it clearly and included in your PR plan.

There are far too many organizations out there NOT taking these simple steps to engage and cultivate micro-influencers.

Just like you might track leads through your CRM or monitor media contacts in media relations software, you need to have a system to track and rate influencers.

This is how you’ll know who is ready for what level of ask, who needs to be cultivated and incentivized more, and where influencer opportunities exist.

A simple spreadsheet will do, or even better a platform such as Iris, which is what we use internally.

You’ll want to group influencers in two main buckets before your campaign:

Once you do that, you can make your ask.

Once you’ve cultivated and identified the influencers you want to use for your user-generated content campaign, you need to make the ask and motivate their involvement.

Just as you told a compelling story in your launch blog post, you must do so specifically for the influencers you want to spearhead your campaign on social and in their own blogs.

The most important things here are:

How are you going to use your influencers across all four media types?

Push yourself and your team to think beyond just social posts and sharing when you develop your user-generated content campaign plan.

Here are some examples:

Really think about each media type and how you can leverage the influencer’s involvement through that channel.

Make sure the influencer has a one-pager which outlines the goals and objectives of the campaign, your key messages, your target user, and any important details around wording or voice.

Arm them with the tools to be successful for you.

Your Work through Shared, Earned, and Paid

Just like your influencers, your own work to promote the user-generated content campaign should extend through all social channels.

Some ideas to consider:

The possibilities are only limited by your imagination (not to mention your goals, objectives, and strategy).

Let your user-generated content campaign live up to its full potential by integrating it across all four media types vs. confinement only in the shared media realm.

Next week we will talk about legal issues and measurement.