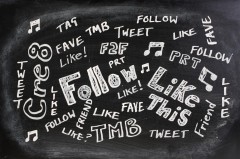 I like Jason, but I saw that and got ready for a fight.

Then I actually read the post…and I agreed with him.

No, I don’t think PR is dead, but his point is the industry is at a cross-roads because, as a whole, we’re not so good at measuring our worth.

He says advertising equivalency and media impressions mean nothing and that we have to stop counting words and start making business sense for the CEO.

That said, I have a quick story to tell you.

(Because I take after Clay Morgan and almost always have one.)

Last week, I got caught up with a former client (from my FleishmanHillard days) who works for an 80-year-old beverage company.

Throughout the years, she has made a name for herself in the company and recently was named director of corporate communications…a job she coveted when she worked in the test kitchen and was looking upwards at her career.

During our chat, we talked about measurement and metrics and what is baloney and what still works.

I mentioned the media impressions and advertising equivalencies so many of our peers still use in reporting to the executive team as one of those ridiculous things.

She said, “But Gini, it’s what they’re used to seeing so they ask for it.”

She said her CEO still takes those numbers into the board meetings so she and her team (which includes her agency) provide them. AND they provide the other stuff that makes business sense, in an attempt to educate him and eventually get him to stop asking for the vanity metrics.

But human beings love to see those numbers increase so we inherently create goals to do just that. Unfortunately, our clients and executives are not immune to wanting to see big number increases every month.

Is there a Place for Vanity Metrics?

I’m not defending the vanity metrics. We try to push all of our clients away from those things.

Shonali Burke and I had this conversation a year or so ago. She said,

Clients ask for media impressions and advertising equivalencies so I can understand agencies providing those metrics, but I would hope they also provide education on better ways to measure.

The idea being, of course, that if you do the latter, they eventually begin to see the vanity metrics are just that and stop asking for them.

Going back to Jason’s post, he said there really are only two solutions to this problem.

The first is that we educate even the tunnel-visioned tech-minded CEOs on the difference in direct response and brand marketing. But that’s a long and hard row to hoe. Sometimes, even after the education, they revert back to the Pavlovian response system and want to know the direct ROI.

The other solution is for the brand marketers to get way better and measuring their impact than they ever have been. Or at least savvy enough to ensure they’re tying all or part of their effort to a direct response mechanism.

What Do We Do?

We have to do both things you mention: Educate the business leaders AND measure effectiveness differently.

Unfortunately, there is always going to be the side of PR that is softer – the brand awareness, credibility, and reputation. You know if you have it, but it’s hard to measure directly to sales.

Then you have the other stuff – the owned content, the social media, and even paid stuff (sponsored content, for instance) – that falls under PR that can be measure to leads and new customers.

Integration is necessary. Education is important. Doing things differently is vital. And measuring to real business goals is critical.