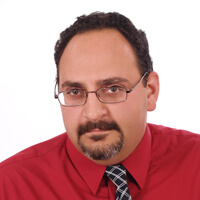 Yesterday Gini Dietrich blogged about the latest Wal-Mart PR debacle, but the subject isn’t quite finished.

The quick recap: Wal-Mart, PR firm Mercury Public Affairs, and its former employee Stephanie Harnett are facing a maelstrom of ethical issues after Harnett pretended to be a reporter.

Both Wal-Mart and Mercury denied any knowledge of Harnett’s undercover adventures, called it bad business, and she’s no longer on Mercury’s payroll. Good night, everybody!

I find myself less interested in Harnett’s comeuppance than I am in how her former employer handles what she apparently gathered.

The Guardian reported one worker at the first press conference talked to “Zoe” (Harnett) in a half-hour “interview.” Harnett took notes on his background and concerns. Some reports specify that she used a recorder to tape the interview or interviews.

So who has her notes and/or files?

Whatever the value of Harnett’s legwork, these are ill-gotten gains. I’m not sure whether these materials are still in the hands of Mercury, which did not respond to calls Friday and Monday.

Do they have written notes? A digital voice file of an “interviewed” worker? Did they review any of it? Is it enough to say, as Wal-Mart has, that it intends to “help ensure this type of activity is not repeated?”

I did reach Dr. Marie Hardin, director of the Arthur W. Page Center for Integrity in Public Communication at Penn State to get her take.

Here’s the meat of what she told me:

“I think the ethical thing to do is not to benefit from those notes, which would mean not to use those notes in a way that would put it at an advantage in its relationship with Wal-Mart and the union and with the person who was recorded. …

The ethical thing to do is to share all of the materials she gathered with the people she deceived. …

I think all too often we think about ethics on individual terms, but there are also ethical issues at the institutional level. Those in many ways are more important because they send a message, I think, to the individuals, to their own employees.”

Harnett did not respond to emailed questions or a call to a cell phone number left on an old resume. According to The Guardian, one of the workers Harnett interviewed recalled:

“She said she was a storyteller from the heart.”

Since it made her Twitter profile, perhaps Hartnett believes that. Frankly, I hope she’ll be able to rebound, even if this was – some bloggers, naturally, have doubts – her own idea. We need to punish individual wrongdoing, but the example of Harnett is less important than the example set by her employer.

To me, failing to fully undo whatever a lie gained you or your client – however small its real or perceived value – is the more troubling matter to businesses that truly value ethical conduct.

John-Henry Doucette is a senior communications analyst for the public relations firm Vox Optima LLC. Prior to joining Vox Optima, John was a staff journalist at the Virginian-Pilot and a freelancer whose work has appeared in Parade, The New York Post, and Newsday.