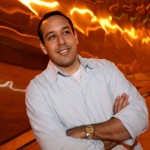 Guest post by Gregg Jaffe, the owner of Big Teeth Productions. He’s not only a close friend, he’s one of the most witty, too! Check out his thoughts on the creative behind Kraft using Ted Williams for their Mac & Cheese commercials.

If you had told me last week that the most famous Ted Williams in America would NOT be the guy who hit over .400 for the Red Sox in the ‘40’s, but a hobo with a voice of gold who traded in his cardboard sign and roadside spot for overnight voice-over fame and glory I would have laughed right in your face. Yet here we are.

This is no doubt a feel good story as Williams has already parlayed his newfound glory into appearances on the talk show circuit, but more importantly a gig voicing a Kraft Mac & Cheese commercial that generated a ton of social media buzz and already 750,000 YouTube hits. Now here’s the rub… Williams voice is totally unnecessary for that spot.

I know, edgy… controversial… scandalous! But let’s be honest here, Kraft ignored the creative needs of their commercial in favor of one that would spawn a boatload of publicity for their company.

I spend most of my days creating videos that market products and I don’t figure to ever deliver anything that gets the attention that our silk-tongued friend received from the original video on the side of an Ohio highway.

We labor over every tiny creative decision and whether it meets the clients strategic goals or if it’s just “I like blue, so this monkey HAS to be blue,” and then fall to the floor in a spastic fit until it’s changed to blue. I imagine whatever advertising team is behind the Kraft Macaroni & Cheese campaign did the same – determine the strategic/creative needs and deliver on that.

If you watch the other spots of the same campaign there is a male voice-over at the end of each spot that’s not all that different sounding from Teddy boy. My first instinct when I heard Ted’s spot was, “that voice just seems wrong for mac & cheese.” So when I did the homework and heard the other VO guy I realized that despite my personal opinions, if you didn’t know any better you probably wouldn’t catch that it’s a different guy. So Kraft really did nothing to enhance the messaging of the product but like a junkie, went for the instant high. Did it pay off?

The new commercial already has seven times the number of hits as the next most watched in the series, and it’s been online for four days! Of course the second most watched is Ted’s voice-over behind the scenes. If you scan the comments almost all of them are overwhelmingly positive towards Ted.

What do you think? Did Kraft make the right choice in going for quick publicity gains regardless of the strategic needs of their well-thought out campaign?  I’m not sure, but if you see me on the side of the highway with a cardboard sign, grab your Flip Cam, and come say hi.

Gregg Jaffe is the owner of Big Teeth Productions, a Chicago video production company; in his spare time he gets in trouble for having a big mouth. You can see his work at www.bigteeth.tv and www.facebook.com/bigteeth or enjoy his foot-in-mouth disease on twitter @bigteethvideo.