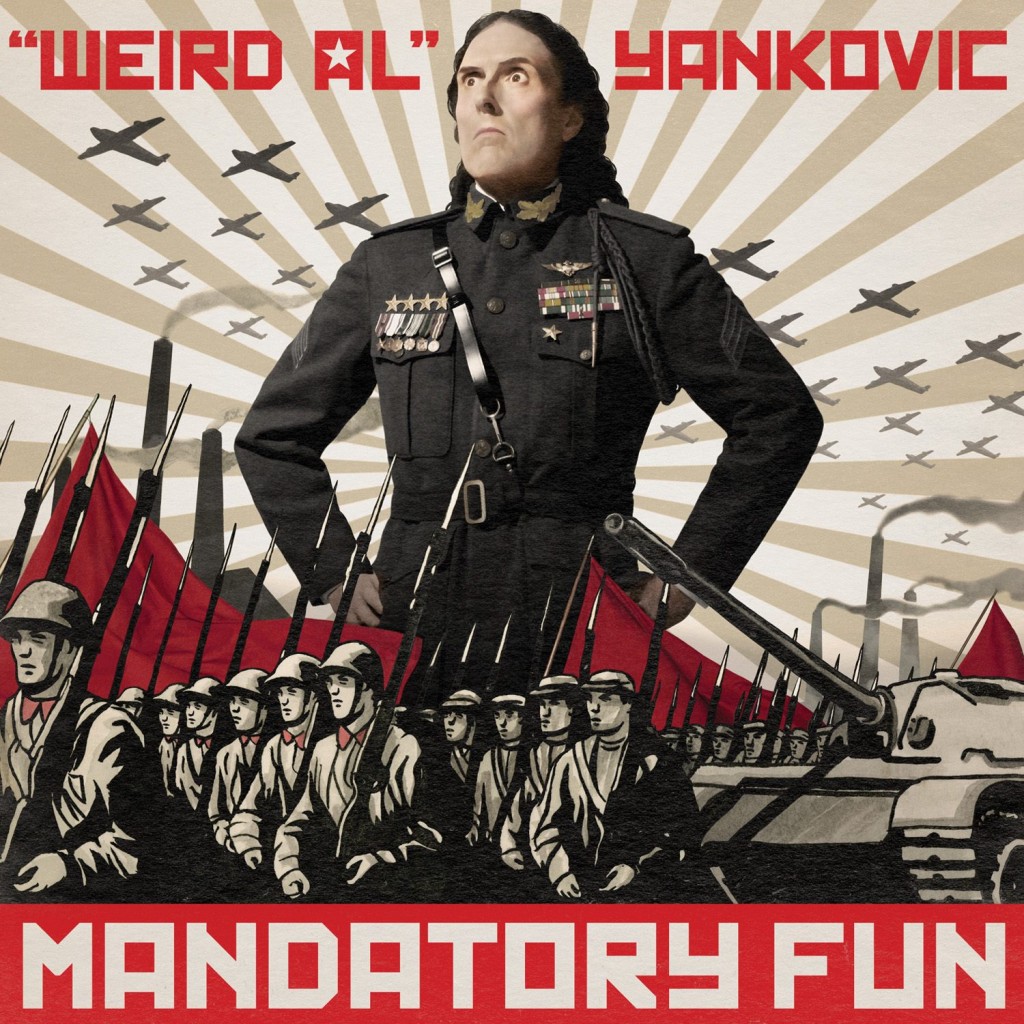 If you’ve seen me speak on the topic of Spin Sucks (the book), you already know I have a fantastic case study about PR, sex, and Miley Cyrus.

I mean, sex sells (when you’re selling sex) and Miley is a really great example of how, when done well, it truly works.

(I also really love starting a speech with, “Let’s talk about sex” and watch everyone’s eyes light up.)

Well, now I have a new brilliant PR case study to throw into the mix.

That is one of Mr. Weird Al Yankovic.

Weird Al, of course, is best known for poking fun at the late Michael Jackson with his song, “Eat It,” sung to the tune of “Beat It.”

More than 30 years later, Weird Al is back and in full force. This time because he wanted to prove his record label wrong. The record label that told him they’d release no more of his songs.

To prove his record label wrong and promote the new album, he launched #8videos8days, which released one music video per day for eight days straight.

That’s cool in and of itself, but here’s the really interesting part: He partnered with one website per day and gave them each a video exclusively. Websites such as Funny or Die, The Wall Street Journal, College Humor, and The Nerdist.

So, you know, kind of a big deal, particularly with the audiences of each of those sites.

There were nearly 4,000 articles (4,001 with this one) written about him in that eight-day period (we even featured Word Crimes in Gin and Topics two weeks ago), which generated more than three million social media shares.

But, not one to get too hung up on the vanity metrics, I looked to see what else he accomplished.

Lo and behold! Mandatory Fun debuted at the number one spot on the Billboard Top 200, which was a first for Weird Al…ever.

More than 30 years of performing. Lots of fun songs. A well-known name. And it takes a traditional business to tell you no for you to look at things differently and knock it completely out of the park.

Following is a breakdown of how he managed this:

All of that…and the songs were all free, which means you don’t have to buy the album to get them.

That sorts of seems counterproductive, but as Louis CK proved before him, it works.

What You Can Learn

About a month ago, Andy Crestodina had a blog post run with The Guardian titled, “Search Engines Are Changing.”

Setting aside the fact that it’s a guest post on one of the most remarkable sites in the world, Sean McGinnis said:

Andy officially wins the SEO game. Whatever you or I or anyone else did today is completely invalid. Guest post on The Guardian. Link back to his own site using anchor text of “SEO best practices.”

Andy acted very humble about it, in his typical fashion, but what he did there was brilliant.

He partnered with a high-authority site to write interesting and educational content that provided the very valuable linkback to his site.

It’s the same thing Weird Al did with this album launch.

He found the sites where his audiences already hang out and he worked a deal with them.

He took the Brandscaping mantra of, “Who has your next customer as their current customer?” and exploited it (in a good way).

Think about that from your perspective the next time you launch something big: Who has your next customer as their current customer?

Go build a partnership with them and introduce your organization to new audiences.

If Weird Al can do it, so can you.