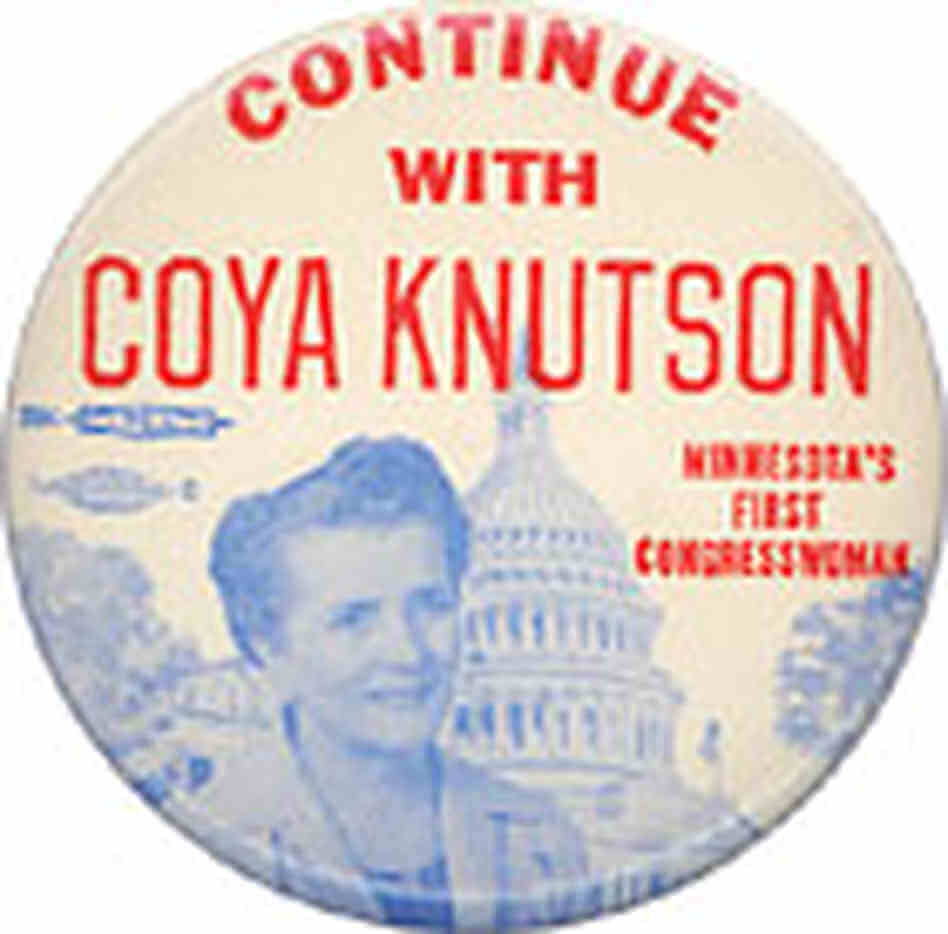 In Spin Sucks (the book), there is an entire section dedicated to all the bad things communications professionals do to gain attention.

There is a lot of bad stuff that goes on and, before talking about how to do communications the right way, it made sense to show how many are doing it wrong.

But here’s the problem: Shady communications is nothing new.

Take Coya Knutson, the first female to be elected to Congress 56 years ago, whose husband wrote a letter the editor to ask her to come home.

The letter, signed by Andy Knutson, urged her to leave Washington, D.C., and return to “hearth and home.”

It was first published in a regional newspaper titled, “Coya Come Home.”

Except…it wasn’t written by her husband (though he was paid a large sum of money to sign it).

The congresswoman was despised by rivals, detractors…and even other women, who didn’t like that she was out doing something women were not supposed to do.

According to NPR, she wasn’t lauded for her..

…work on Capitol Hill establishing the first federal student loan program and first grants for cystic fibrosis research. Or for being the first congresswoman ever appointed to the House Agriculture Committee – at the insistence of House Speaker Sam Rayburn over vehement gender-based objections of its chairman.

Rather because of an infamous letter, signed by Andy back in tiny Oklee, Minn., but widely believed to have been written by grudge-driven operatives in the congresswoman’s own party, the progressive Democratic-Farmer-Labor (DFL) Party.

It was a whisper campaign designed to get her out office and back into the home, “where she belonged.”

Eventually it worked. During her fourth election (she did serve three terms), she lost and only got back to the nation’s capital when she went to work for the Defense Department.

PR Has a Bad Reputation

Whisper campaigns happen. More often than we would like to think.

Silicon Valley does it.

But, as your mom likely said to you as a kid, “If everyone jumped off a bridge, would you do it, too?”

It doesn’t make it right…and these examples are why the public relations industry has such a bad reputation.

There is only one way to continue to fight destructive spin and change the perception people have of the PR industry: Refuse to do this kind of work.

I recognize it’s easy for me to sit here and tell you to do that. I own the joint. I get to determine who we work with and who we don’t.

It’s hard to say you’re not going to work with a client or executive who expects this when you need a paycheck and a job.

But, to quote my friend Amy Tobin, “You can’t be ethical sometimes.”

We recently had a client ask us to do something unethical. He’s a great client and we’ve worked together for years. He had no idea what he was asking was wrong…because he’s seen his peers do it in other circumstances.

When I put my foot down, he was embarrassed and, though he teased me about our strict ethics a bit, he was appreciative of our telling him no and explaining why.

Most of the people you work with will have the same reaction.

Take the emotion out of it. Explain rationally why it’s unethical. And provide a different solution.

If that doesn’t work, quietly start looking for a new job.

Our ethics are all we have. You are the only one who can decide whether you have them or not.

How to Become a Better Brand Storyteller