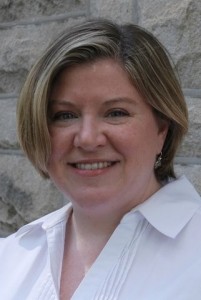 Picture a CEO in a suit, with a cigar in his mouth, saying to his PR team: “Our customers don’t know what they’re talking about.”

I witnessed this reaction from a CEO (ok, sans cigar and suit) when he received unfortunate news from his PR team. Word on the street about the current customer experience was, um, bad. Really bad. Some tweets had recently tied the company name and “customer service fail” together. They were editing as fast as they could on the company Facebook wall, but it was hard to keep up with the influx of tirades.

This company was excellent at selling. They sold and sold and sold some more. They were growing – fast. But the dirty underbelly of all that rapid growth was a total lack of attention to their current customers. These customers were seen as practically pests – cogs in the wheel of their marketing machine.

They were moving employees out of important roles supporting the operation of the customer experience into marketing-focused roles. The website was quickly moving from a support center to a sales center. Calls to the support center were fielded by new, inexperienced, and untrained support personnel who only cared about the $14/hour.

The PR folks were doing their best to sound the alarm, but the CEO refused to see the connection. “It’s not a PR problem unless (trade journal/industry analysts/Wall Street Journal) gets wind of it.”

This was at the dawn of the current phase of the “Power to the People” period we’re in now. But companies still aren’t paying attention. Be grateful for feedback directly from customers – even in public. Those complaints via Twitter and Facebook are the proverbial canary in the coal mine. Recognize their importance, and pay attention! Otherwise, you could have PR nightmare on your hands – just like Gini Dietrich wrote about in her post Kevin Smith and Southwest Airlines: Crisis via Twitter, “no amount of policy can quell a firestorm created on Twitter if not handled in the right way.”

So what if you start seeing some external indicators that something is wrong with your customer experience? Here’s a three-step battle plan.

1. Respond publicly and then try to take issues offline.

Don’t respond with a “gee, thanks for telling us” without trying to connect with a customer you can help. (I wrote about United’s failed attempt at connecting with customers as an example of this.)

2. Make sure you have a way to internally connect the appropriate people and departments.

Don’t just forward a complaint from a customer to the right department – follow up and make sure there’s action on it!

3. THANK the customer for complaining.

This might be the last thing you want to do, but truly, customer feedback is vital to NOT losing customers. Providing feedback to the customer also shows you care, you’re working on it, and you’re not sacrificing loyal customers with new, shiny ones!

If there was ever a time to overreact to the singular customer complaint, it’s now. Who do you admire in this arena? Who’s doing it well?

Jeannie Walters has been focused on the customer experience for more than 15 years, consulting to companies big and small on their retention strategies. She is currently principal at 360Connext, speaker, and mom to two young boys. You can find Jeannie on Twitter (@jeanniecw) discussing the important and the mundane.