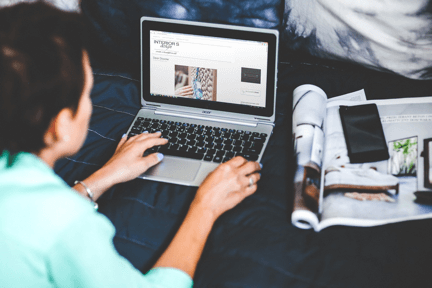 As much as content matters, sometimes it’s not enough to reel the audience in.

A powerful headline is the first step in getting readers to click an article and keep reading.

It might sound easy, but crafting a catchy title that doesn’t tune people out is a challenge in itself.

It’s supposed to be a balance between attracting curiosity and not sounding too eager to do that.

This is especially important online, where the constant flow of information gives you only a second to catch people’s attention before being buried under the next batch of notifications.

With enough practice and patience, however, you can perfect your headline-writing skills.

But if you’re running short on time, we’ve compiled three essential pointers to help you out in writing irresistible online headlines.

In an interview with Nathan Ellering from CoSchedule, Adam Flomenbaum discovered the company’s secret to perfect headline writing—and it goes beyond targeting specific keywords.

When you connect your headlines into a human emotion—like saving time and money, or becoming better at something—those headlines get more clickthroughs and social shares.

This means that, aside from using keywords to maintain your visibility online, you also need to use words that evoke certain emotional responses in people.

After all, the best way to catch your target audience’s interests is to work with their existing preferences.

As with any content-geared effort, you’re supposed to focus on what the audience wants, rather than your personal agenda.

Powerful or emotional words and phrases can be as simple as a how-to attached with something currently trending, such as boosting productivity or improving your writing skills for your career.

For example, the headline, “How to Boost Your Career in Five Simple Ways” might immediately turn a few heads and earn a few clicks.

The topic of the headline is already a source of interest to the general online reading public.

But the career advice is framed so that it appears different from other articles like it.

The words “five simple ways” implies the article’s content guarantees a faster process than other career advice, making it more worthy of being read.

“Boost” also suggests the tips won’t only help you with your career, they’re also sure to give you an advantage over everyone else.

Recent studies on the human attention span show the average human being can only stay completely focused on a single thing for eight seconds.

Thanks to smartphones, it’s gone down from 12 seconds in the last decade.

Readers are less willing to sit through sites that take longer to load, and large blocks of text that don’t let their eyes rest.

If you’re writing a headline, or even the article itself, you need to take into consideration that people might just want to skim through the entire thing and get straight to the point.

Enumerating your articles allows readers who are on the go to latch on to important points immediately, without needing to go through every paragraph.

Letting them know they’re up for an easy read encourages people to load your page.

Numbers reach directly into our unconscious and say, ‘this message is important.’

According to Simone, while some bloggers tend to dismiss this technique as a common cliché, headlines with numbers do still attract readers, giving you two and a half to eight times more traffic and referrals.

Aide from numbered lists, you can also catch people’s attention in a headline by including statistics.

These types of numbers back up your claims and increase your credibility in your readers’ eyes.

Using studies, research, and hard data as a springboard to your main topic can increase your chances of being read.

Tap Into the Curiosity Gap

There are a number of ways to craft an interesting and engaging headline, but one thing is consistent in every single one: You need to highlight the important information without giving too much away.

What is your article’s focus? Who are you writing about?

Answering a few crucial questions readers may have before clicking the article could warrant a visit from a curious audience.

Who knows? It might also attract skeptical and uninterested passersby.

At the same time, your headline shouldn’t cover everything about your topic.

Tease people’s imaginations with the right information that will leave them wanting to know more.

For Peter Koechley of UpWorthy, this is called the curiosity gap:

In his article on Koechley’s talk, Forbes’ Jeff Bercovici gives a headline example of an article that uses the curiosity gap to its advantage:

According to Bercovici, these types of headlines initially trigger curiosity.

A fan or an interested reader might click the article with Bercovici’s headline to know who the pop singer is currently dating, making it an effective method.

Just remember this technique might not work all the time.

Examples such as Bercovici’s have gained notoriety on the web as being clickbait headlines.

Find new and more innovative ways to create the curiosity gap, and get a wider set of audiences.

The Takeaway: What’s In a Headline?

Headlines offer a brief glimpse into your article.

It’s where your audience forms their initial impressions of the topic at hand.

With all this resting on your article headline, it’s important to write one that keeps and attracts people’s attention.

These three tips can create a change in the way people perceive your headlines.

As a bonus, don’t forget to be creative.

Don’t feel pressured to fit into stiff standards to gain an audience.

Constantly update yourself on what works and what doesn’t to be up to speed with effective headline writing that sells and converts.

Paige Donahue is an editor and blogger from Pennsylvania. She loves traveling and making friends with people all over the world. You can connect with her via Twitter and Google+

View all posts by Paige Donahue