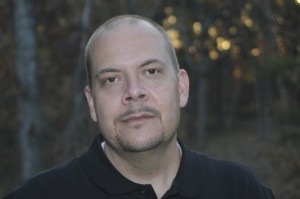 Certainly, an issue and a crisis share some characteristics.

Both can originate internally or externally, both have the potential to damage your business and your brand, and both must be managed.

Perhaps, most importantly, both an issue and a crisis require a thoughtful and proactive communications strategy.

But while an issue may or may not be public knowledge, a crisis almost certainly will be – and too often it is the failure to adequately manage the former that results in the latter.

Examples abound. The major league baseball BALCO scandal, Penn State, and – most recently – the Barclays LIBOR rigging were all issues the morphed into crises and caused considerable damage to their respective institutions. In all three cases, someone inside the organization was doing something wrong, if not illegal. That’s an issue. And in all three cases, higher-ups in the organization knew of the wrongdoing but failed to act on it swiftly and decisively. In other words, they failed to manage the issue.

It’s easy to assume because an issue is not public knowledge, the best way to manage it is to try to keep it that way. But that’s naive and ultimately foolish. And, as these cases demonstrate, often doesn’t work.

If Penn State had fired Jerry Sandusky when it first learned of the allegations against him more than a decade ago, what would have happened? Yes, there would have been some negative fallout – but Penn State also could have been perceived as taking quick and definitive action against a predator, protecting children in the community, as well as the football program and university. If managed properly, the Jerry Sandusky issue could have been nothing more than a shameful footnote in an otherwise stellar college football program.

Likewise, the BALCO scandal tarnished the image of Major League Baseball not only because high-profile players were found to have been using performance-enhancing drugs, but more so because the league was seen as being reluctant to address a problem many knew existed until Congress got involved. The perception you have been shamed into taking action never works in your favor.

But managing an issue also requires communication: Strategic, thoughtful, and targeted communication. If Barclays’ leaders had taken steps to fire those responsible for rigging the LIBOR when they first learned of it, the bank would have needed specific messages for its board, shareholders, managers, and executives, and likely the media too. But by doing so, Barclays could have framed the story to show it would not tolerate such actions, and it took immediate steps to hold those responsible accountable.

Perhaps most important to remember about managing an issue is it’s often not the content of the story that matters, but who tells it first. Issues management is a proactive endeavour, after all. When you tell the story, you have the best opportunity to control it. Take your black eye and move on – it’ll heal. But when the media finds out about your issue and they tell the story, you usually end up with a crisis. There is no way to answer the question of what you knew and when you knew it that will satisfy anyone once your issue becomes a headline.

Now, think about the last time you heard about an issue that was well managed and didn’t turn into a crisis. Can’t think of one? That’s because you never hear about those – and that’s the point.

Mike Mullet has more than 20 years experience in public relations, writing, media relations, and crisis communications. As supervisor of account services at Cookerly Public Relations, Mike provides writing and collateral development to support clients in managing issues and crises, and he works regularly with client company leaders and their legal counsel.