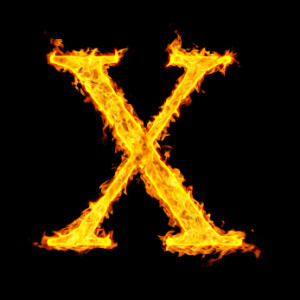 You and your team are cranking along delivering solid results for a client when you hear rumors the CMO is about to step down.

A few months later, someone new is in charge and you find yourself in the midst of an agency review.

It’s a situation that rarely works well for the incumbent agency.

And with the average CMO tenure at only 18 months, it’s a situation agencies face often.

When I attended the 2013 Agency Growth Accelerator Summit earlier this year, a panel of CMOs and brand managers discussed how they select a new public relations or advertising agency.

Barbara Van Someren, CMO of Beltone, said she prefers to work with people she already knows and trusts.

It makes sense. CMOs have been brought in to accomplish something, and they need to do it fast. Someone on the client side remarked, “We can’t afford the standard warm-up period that comes with getting to know a new agency.”

How an Agency Survives a New CMO

It can be frustrating to lose hard-won business simply because a new person is in charge. We’ve been lucky to survive a high percentage of the transitions when a new marketing person enters the picture, but we’ve learned some difficult lessons from those experiences when we haven’t.

Do Great Work. You may have a great relationship with the client, but are you really delivering great work? Measurement in PR is difficult, but there are few times when it’s more important. And I’m not talking about coverage reports; you need to show how your PR efforts are affecting the company’s bottom line.

You should specifically have charts and graphs to show how your work has significantly increased web traffic, increased revenue by converting leads. You represent a risk to the new CMO. Show it’s riskier to get rid of you than it is to keep you on board.

Prepare for the Transition. The biggest mistake you can make is waiting for the new CMO to arrive to kick it into gear. By then, your fate is sealed. Are you confident in the results you are going to present? Then stay the course and be prepared to explain your strategy. Or were you retained more for a good relationship fit than for solid business results?

If it’s the latter, as soon as you hear rumors the current CMO is stepping down, you need to act fast to generate measureable results. Before you do that, you need to decide how badly you want to keep this client. Is it worth going over budget for a few months to prove your value? If it is, focus on being proactive, rather than reactive, in preparation for the new CMO’s arrival.

Be the Best Resource for the New Person. In today’s economy, most marketing departments are stretched thin, so the new person is looking for the best source of information. If that’s your team, then you might be lucky enough to retain your client. As the current PR agency, you have the advantage of understanding the brand, and having the history of current and past campaigns.

Translate those learnings quickly to the new chief marketing officer, so they can make decisions based on your expertise. If you’re only providing information that the client already has internally, then you’re easily replaceable. Deliver something different and indispensable.

Know When to Give Up. Most agency leaders (myself included) hate losing, so we pour resources into a client even when we know they are halfway out the door. If you know you’ve been doing great work and have measured it well, be cautious if the new CMO isn’t impressed. Some warning signs: You don’t have good access to the new person, or you hear little about future plans.

Another red flag is if he or she tells you they want to solicit new ideas from a few other agencies, but you have the advantage as the incumbent agency. Based on my experience, I recommend you politely decline. Your team’s time is too valuable to waste on a losing battle, and if your results haven’t sold them already, the CMO is probably going in a different direction.

Keep in Touch. When you do good work, I try to look at the loss of a client as the creation of two new leads. If the average CMO tenure is only 18 months, your client is going to be in the same process soon enough. I had a new CMO of an old client recently call to say, “My team and CEO say you did good work for us a few years back.”

We worked with one CMO, were fired by another, and then were rehired by the next one. It’s worth staying in touch. And that original CMO who left—we stayed in touch with him too, and worked with him at two of the three companies he’s worked for during the last six years. It doesn’t happen in every situation, but in a fast-moving world, keeping those old connections alive is valuable.

The new CMO challenge is one of the most grueling and nerve-wracking situations an agency faces. But if you put in the effort, deliver measurable results and become the best resource, you can overcome it.

What do you think? Is the new CMO debacle a losing battle for incumbent agencies?

Mike is president of Walker Sands Communications, a public relations and marketing agency specializing in enterprise technology and startup clients. He applies his expertise to support a wide variety of Chicago-area, national and international companies. Mike is well known as an integrated marketing and media communications specialist and respected member of the American Marketing Association (AMA) and the Public Relations Society of America (PRSA). You can follow Mike on Twitter @michaelsantoro.

View all posts by Mike Santoro