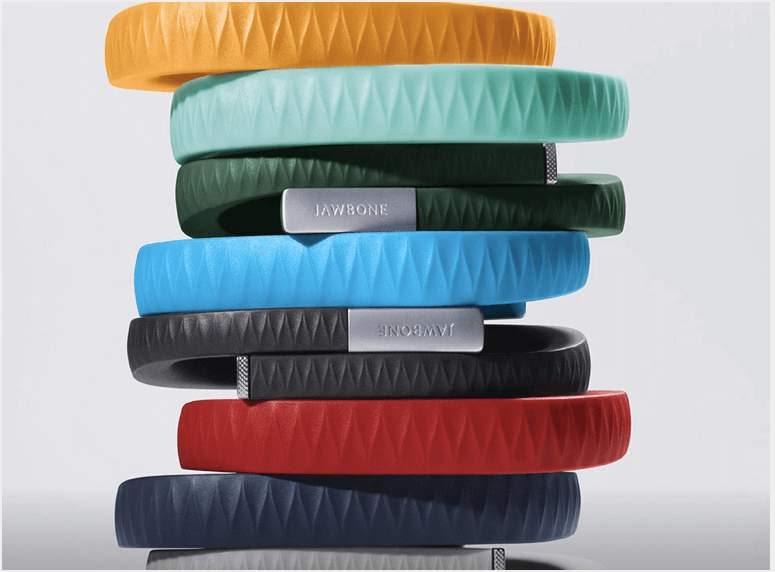 This is not communications- nor entrepreneur-related, but I have a bone to pick.

A bone to pick with Jawbone UP.

You see, a couple of years ago, I read a study that shows sitting all day for work is worse for you than smoking a pack of cigarettes.

Because we’d gone virtual by then, I made a pact with my team to figure out something that would motivate everyone to get up (no pun intended) and away from their desks throughout the day.

You see, just as Ellie Pierce mentioned in her blog post yesterday, it’s a bit easier when you work in an office: You commute (if you’re in a big city, you may even walk to the train), you walk to and from people’s offices, you leave for lunch, you schedule time for the gym, you walk to meetings.

But when you work from home, it has to become a concerted effort. There are some days you walk into the bathroom to brush your teeth and you walk to your desk and then you don’t move for 10 hours, not even to shower or change out of your PJs.

Even for someone like me who rides 30 miles every morning, the study says that isn’t enough because it’s about how many hours you sit, not whether or not you exercise.

This is very, very bad.

The Obsession with Getting Steps

I was having dinner with my friend Carlos Cruz and I told him about this dilemma.

He mentioned he and his team had just started a steps competition using the Jawbone UP.

So I checked it out.

I compared it to what was available back then (there wasn’t much in the wearable technology space then) and, in April 2013, I bought everyone a Jawbone UP.

We created a contest: The person to get the most steps in a quarter would win $250.

It took a little while for people to engage.

I remember when Lindsay Bell was tired of losing every quarter and bought herself a treadmill desk.

She was on that thing 22 hours a day (that might be a slight exaggeration).

She was walking so much that her shoes were wearing out within a month.

Her Jawbone UP broke three or four times in one summer. Their team just kept sending new ones because I think they were afraid we were going to go postal if we didn’t have our trackers.

(Lindsay still averages more than 10,000 steps a day, which makes me proud!)

When Laura Petrolino joined the team, she had a treadmill desk and suddenly I knew my competition had just increased.

I had to step up my game.

So I jerry rigged a shelf to my stationary bike and that is where I hold all of my meetings.

From the top up, you wouldn’t know I’m on my bike.

It looks like I’m sitting at my desk (maybe minus a little movement that makes it look like I’m swinging my legs under my desk) and it means I move in some capacity four to six hours a day.

The Bone to Pick with Jawbone UP

But here’s the problem: The Jawbone UP tracks number of steps as they correlate to walking, no other exercise.

So, if I’m working on reaching a goal of 15,000 steps per day, am I going to ride my bike in my heart rate zone and get really good cardio or am I going to walk?

As well, I have to wear the dumb thing on my ankle because it doesn’t track bike riding (which I do for exercise, in meetings, and now because it’s summertime, to and from outside meetings and physical therapy) when it’s on my wrist holding the handlebars.

While I’m completely addicted to it as David Sedaris is with his Fitbit, and I love that it holds me accountable to moving all day long (which in the end, is very, very good for me), the whole wearable technology field has some work to do.

Let’s Not Make it for Naught

It sounds like the Apple health app is getting close.

It is rumored to start tracking VO2 and heart rate, which makes much more sense, but you’ll still have to have your phone (or Apple watch) on you at all times. And, while I do take my phone on bike rides, it sits in the back pocket of my jersey…and doesn’t count steps.

I don’t have a brilliant solution other than it should track elevated heart rate and your “zones” versus steps, but I do hope they get there.

Otherwise all this moving everyone is doing now will be for naught.