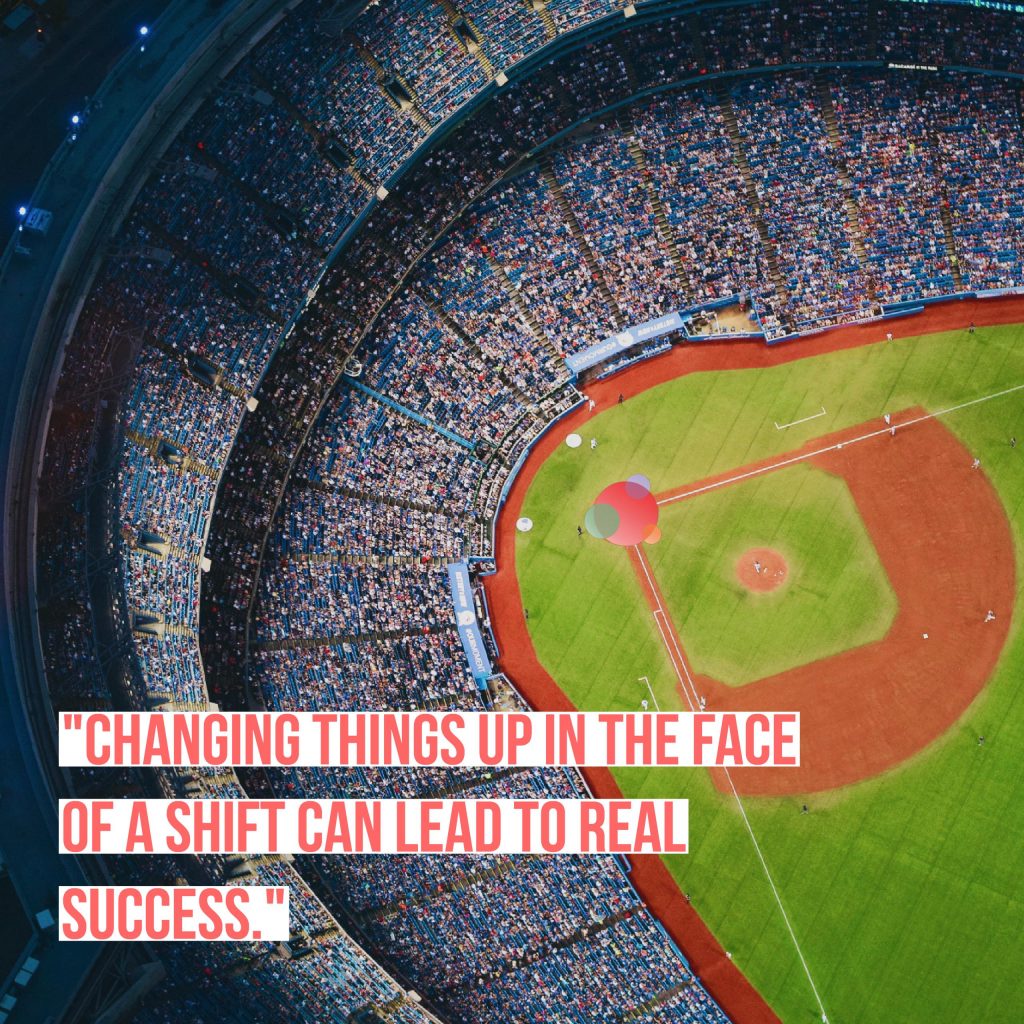 “All you can do is continue to swing.”

Today, it strikes fear into my heart.

But, before I get into it, a disclaimer: I’m a big Ryan Howard fan.

And a Phillies fan.

I live in Philadelphia and the Phillies are my adoptive baseball team.

I have fond memories of my son—then three years old—dressing up in a Ryan Howard uniform for Halloween.

But those eight words got to me.

And not in a good way.

In a different context, they have very real implications for communications professionals (though I’m certain that’s not what Howard had in mind).

It’s about what happens when you continue to do the one thing you know how to do, without adapting to change, adapting to your environment.

You see, when Howard said, “All you can do is continue to swing,” he was talking about how whether he was changing how he swung the bat after opposing teams started changing the position of their fielders when he was at the plate.

Put simply, he (and other power hitters) consistently hit to the righthand side of the baseball field, so the other team adapted and moved to the right, making it easier for them to get to the ball after he hit it.

That move to the right, now known as “the shift,” was relatively new to baseball when Ryan began his major league career.

Rather than change how he swung, he continued and just hoped for the best.

That could have cost him a shot at the Baseball Hall of Fame and maybe even some additional championships, according to an exhaustive but interesting (if you’re a baseball nerd) statistical analysis on FiveThirtyEight.

One of Howard’s contemporaries makes the case for changing things up.

David Ortiz was the only hitter who saw the shift more than Howard, but he adapted his swing, turned it into an advantage, and made himself more competitive.

Adapting to Change: What it Means for Communications Professionals

For communications pros, it should be easy to identify with the parable of Howard and Ortiz.

One player sticks to the same formula for success, despite dwindling returns on investment.

Another recognizes change in the environment and not only overcomes it, but turns it into a competitive advantage.

Even if we’re the ones changing the game, the game will adapt.

And it’s up to us to continually recognize those adaptations and change the game again.

Using the same swing that got us to the big leagues won’t get us to the hall of fame.

So if we’re doing communications, we have to watch how the game changes and find the new path forward—and lead others there, too.

In your case, maybe it’s native content and owned media.

For someone else, it could be a new focus on influencer relations.

Perhaps it’s a new approach to high-value content, or an evidence-based approach to authentic community building and partnerships.

Adapting to Change: Tips for Changing Your Swing

Just like in baseball, adapting to change is easier to talk about than to actually do.

Here are seven steps to make it easier:

Changing things up in the face of a shift can lead to real success.

We work in an industry where the shifts and adaptations are continual, which is what makes it interesting, even fun.

And if we adapt and lead enough, we’ll force others to adapt to us.

Brendon Shank is vice president / account director at Domus, Inc., an industry-leading marketing communications services and solutions agency. He has more than 20 years of experience in communications, including the healthcare, nonprofit, and technology sectors. He is the 2017 chair of the Public Relations Society of America (PRSA) Health Academy.

View all posts by Brendon Shank