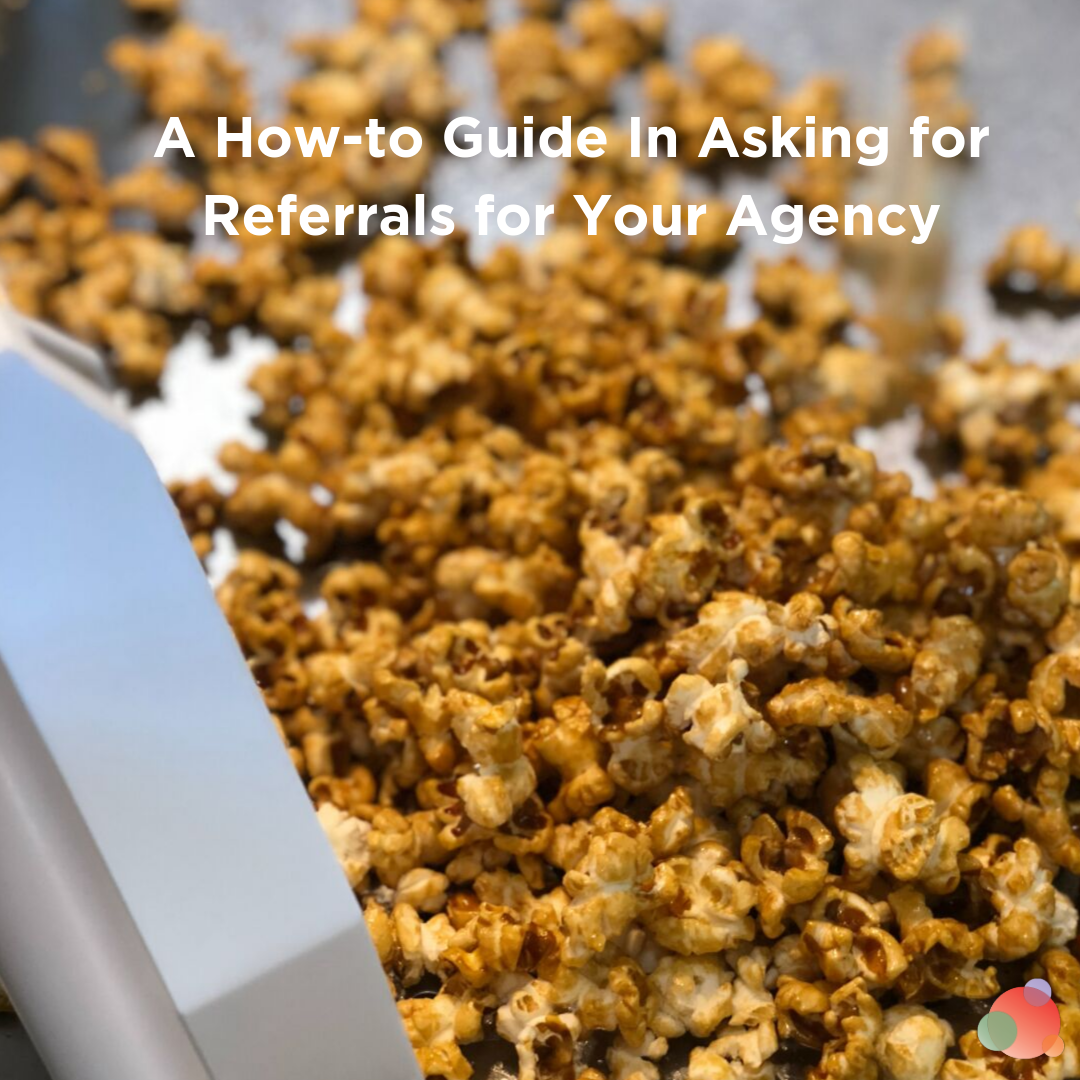 Referrals are often considered the Golden Goose of running a services business.

They come directly to you, they’re often highly qualified, and they’re already ready to buy.

This allows you to grow your business while spending most of your time with the clients you do have—without having to work a specific business development plan.

There are some organizations that claim they’re 100% referral grown, and while that may be true and great for them, it’s generally not recommended as a strategy to rely on.

After all, you can’t control when referrals happen.

That’s not to say you shouldn’t accept referrals—you definitely should.

Just don’t rely solely on them.

And, as you look to build your referral networks, clients are the best place to start.

You can make it easy, compelling, and even fun for them to refer you.

When you’re purposeful about it, you’ll greatly increase the odds that they will, and then you can count on referrals to represent a significant portion of your growth.

The Myths About Referrals

First, let’s dispel a myth about asking for referrals.

It’s not an imposition.

It oftentimes feels like an imposition, but think about it from the perspective of you loving a product or service. Don’t you want to—and often do—tell the world?

The same goes for your clients. They want to send you clients because it makes them look good, too. But just like everyone else, they’re busy and it’s not top-of-mind unless they’re specifically asked.

If, however, you make it incredibly easy for them to refer prospects to you consistently, everyone wins!

I used to be a Vistage member.

Vistage is a CEO organization that sets up peer-to-peer groups because, as the saying goes, it’s lonely at the top.

But when you can network, brainstorm, and workshop with your peers, you quickly learn everyone has the exact same issues and challenges—and it’s far easier to work through them as a team versus on your own.

Part of the Vistage experience is each group has a Chair—or a leader of sorts.

This person is paid by Vistage and their job is to herd type A entrepreneur cats, so to speak.

You get a monthly one-on-one meeting with your Chair to discuss things you may not want to bring to your group.

In the beginning, my Chair would come to every one of our one-to-one meetings and, at the end, ask me if I could refer anyone to him.

My mind would go completely blank!

Of course I know other entrepreneurs, but every time he asked, it was like I had no friends at all, let alone those who are also entrepreneurs.

So he changed his tact.

Every month, he would go through my LinkedIn contacts and make a list of three to five people who would make great prospects for him.

He would present that list to me at the end of our meetings and that made it significantly easier to say, “Oh, yeah! My friend James is totally a great fit for this group.”

Let go of any fears about asking your clients if they can help you grow your business.

It’s in their best interest that you continue to grow, too.

How to Ask for Referrals

There are a few things you can do to make getting referrals easier.

A lot of organizations say something standard, such as, “Do you know anyone who could benefit from working with us?”

That’s better than doing nothing, but I’m willing to bet most people will go blank—like I did when my Vistage Chair asked—when you ask that question.

All of that should inform your ask.

You’ll be much more likely to get a good referral if your client knows exactly the kind of person they should send your way.

It will go poorly for both of you if they send lead after lead who are terrible fits.

To boot, if they’re uncertain about the kind of new business that will help you, they’ll err on the side of not telling anyone about you.

Try something such as:

We really enjoy working with you, and we’d like to work with other organizations that have similar needs. I also know you’re a member of <insert industry organization or chamber or networking group>. If, during your meeting next week, anyone mentions they’re considering hiring a PR firm, would you do me the huge honor of making an introduction?

Notice that you were clear about the type of company and the type of service you’d like to work with.

This works with specific projects or, if you’re like my Vistage Chair, specific organizations or people, too.

It’s not so hard! Sure, it takes some research and a bit of elbow grease on your part, but it’s far easier than, say, hiring a firm to cold call for you (been there, done that, didn’t work).

There are, however, good times and bad times to ask for referrals.

This is probably a bit of a “duh” moment, but bear with me.

The best times to ask your clients for referrals are when you’ve hit major milestones.

For instance, we start every client relationship with a two-day strategy session.

With the exception of one time when I gave a client’s money back to him about halfway through the first day, every client is ecstatic at the end of that session.

That is a great time to ask for referrals.

When you hit other major milestones or you have a few months of great work under your belt or you got them a big win—also great times to ask for referrals.

You don’t want to constantly bombard your clients with request after request for new business.

You’ll exhaust them, and they’ll end up feeling like they’re your unpaid salesperson.

Time your requests for referrals to coincide with when they’ve just had a great experience with you or when you know they’re going to a meeting or conference where your prospects also hang out.

Though it’s not necessary, if you have a referral program or referral fee, the best time to tell clients about it is during your onboarding process.

We had a client who built oxidizers.

Not a sexy business by any stretch of the imagination, but they were really savvy about their referral asking process.

When they began working with a new client, they’d send a six gallon tin of Garrett’s popcorn—Chicago mix—to them.

If you’ve had Garrett’s, you know why this is such a big deal.

(If you haven’t, get yourself to Chicago and it’ll be my treat. It’s that good.)

Just a, “Hey, thanks for the business” gift.

After their first build with the customer was complete, they would say, “Hey, how’d you like to have a lifetime supply of that popcorn?”

Pretty much everyone would start salivating.

Then they’d tell them that if they could make an introduction to XYZ company who they knew, from research, was going to have to build a new oxidizer in the next 12-18 months, they’d send them a six gallon tub of popcorn every month.

Use Common Sense When Asking for Referrals

On the other side of the coin, there are definitely times when you should not ask for referrals.

They’re mostly common sense, but as we like to joke…common sense isn’t so common.

I have a friend who will never forgive QuickBooks. (To be fair, there is a lot to not forgive with QuickBooks).

She called them to talk about their service, was on the phone for hours, talked to four different people, and ended up not getting a resolution.

When she hung up, she had a feedback form in her inbox from them, asking if she would recommend them to a friend.

That’s a really bad time to ask for a referral.

If you’ve made a mistake or the project is behind or you’re in any way managing your relationship, don’t ask for referrals.

What’s Your Take on Referrals?

Here’s one last tip for you: if you can send referrals to your clients, do that!

People are far more willing to reciprocate when you’ve started the process.

Do you have a referral strategy not covered here?

We’d love to hear about it.

Photo by Mark Wieder on Unsplash