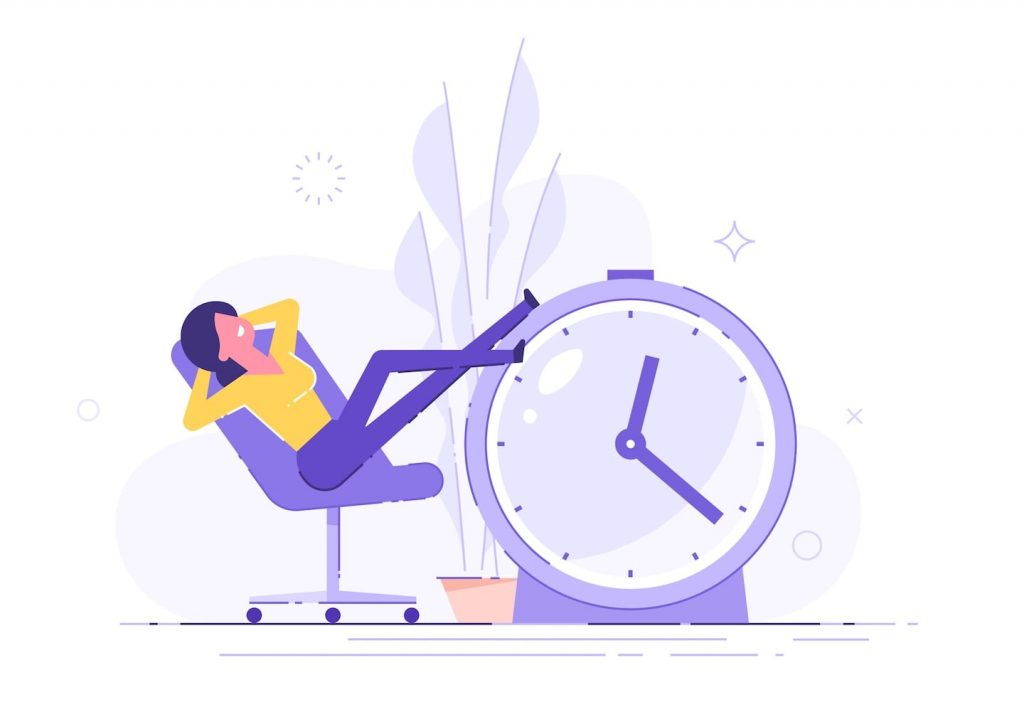 If you’ve ever faced a daunting task, you know what it’s like to do productive procrastination.

I mean, so I’ve heard. I don’t procrastinate. I don’t even know the definition of the word. Nope. I’ve never been known to scroll aimlessly through Facebook when there is a deadline looming. Or swiped right on my phone to read People or TMZ. Nope. Not me.

During the time it took me to write this blog post, I made scrambled eggs and bacon for the non-vegetarians in my household, I did a load of laundry and made the bed, and then I took the puppy for a walk. But like I said, I have no idea what productive procrastination is!

Seriously, if I sat down and just got it done, it would take significantly less time. Right now, I’m working on three hours. Lordy. But my house is clean!

I believe it was Voltaire who said, “Perfection is the enemy of progress.” I agree! Though I don’t always take my own advice. But it’s the perfect quote when you’re thinking about how to get big tasks, such as planning, complete so you can begin to execute.

And, because we’ve focused on planning this month, let’s talk about how to get yourself out of the procrastination cycle and actually accomplish something so, by January, you’re ready to roll.

What Is Productive Procrastination?

Before we go that, though, let’s talk about what productive procrastination is. I’ve given you some examples of how I’ve done it just while writing this blog post.

It is, of course, the act of being busy while procrastinating on your most valuable tasks. Even though you worked a full day, and you feel productive, you actually didn’t accomplish anything.

Of course, when you keep yourself busy with a lot of to-dos or you allow a meeting schedule to get in the way, you distract yourself from doing the work that is truly important.

But the Dopamine, Man!

Sorry, I had to take a quick break to change the laundry. Not even joking! This blog post is going to end up taking me five hours.

But, because you’re busy and actually getting lots of things done, you feel very productive and good about yourself. That’s why you don’t realize that you’re killing your productivity. Or maybe you realize it, but your brain is fried or you’re tired or it’s the end of the day or whatever other reason we give ourselves. I mean, the reason you give yourself because I don’t procrastinate—productively or normally.

As it turns out when we feel like we’re getting lots of things done, the dopamine in our systems is released and that’s why we feel so good about ourselves. If you get A LOT done during the day, you feel good about yourself because the dopamine is coursing through your body. Even if it’s not the right stuff, it was a lot of stuff. So yay, us! Crazy, right?

This is not to say you should never work on low- or mid-value tasks. Rather, you should become mindful of how much time and energy it takes away from your most valuable tasks. And, as we’re right in the middle of planning season with time ticking away toward year’s end, this is incredibly important to consider right now.

Being Busy vs. Being Productive

Being busy and being productive are two entirely different things. I remember a few years ago, I was at dinner with my friend Jeannie Walters and she said, every morning, she sits down at her desk and looks at the biggest project she must tackle for the day.

I’ve always thought this is brilliant and I adopted the same process. It works! It allows you to tackle meaningful and worthwhile tasks (your priorities) in an efficient matter.

On the flip side though, when you are engaged in productive procrastination, you tend to work hard without first analyzing the value of the tasks that you’re working on. It requires an immense amount of discipline.

I find I’m very good at this process at the beginning of the week when I am well-rested and I’ve had time for my brain to think about my larger projects. By Thursday or Friday, though? All bets are off.

Avoid the Trap of Productive Procrastination

There are two things you can do to avoid falling into the trap of productive procrastination.

Once you identify the most important activities, ask yourself, “Which one to five tasks and activities lead to the most meaningful progress toward these goals?” In other words, which tasks significantly move the needle for you, for your team, or for your business.

Those tasks are your most valuable, and that’s where you should spend the majority of your time and effort. If you have more than five tasks that you think are highly important, take a few minutes to critically analyze them and figure out what truly needs to stay—and what can go, at least until the next day.

I buy the lined post-it notepaper and I split the page in two each day. The top is for my most important activities and the bottom for the stuff that has to get done but is busywork.

For instance, I am one of the judges for the SABRE Awards this year. There are 56 awards entries I have to judge. It has to be done by December 15. If I wait until December 14, not only will it take me all day to do it (which I won’t have time to do), it’ll be unfair to the award entries I judge last…because I’ll be exhausted by then.

The Second Step In Avoidance

Most people work on low- to mid-value tasks first because it’s usually easier and more appealing than working on high-value tasks. As the day progresses, more to-dos pile up and the most important tasks keep getting postponed until they eventually are put on the ‘tomorrow’ list. And we all know what happens then…

I really, really, really hate getting up at 5 a.m. to work, but if I don’t, I find a few things: I’m not nearly as focused during the day, I spent most of my day on busywork, and I don’t accomplish anything that I needed to accomplish. That 5-7 a.m. time every day is my most productive. If you’re not a morning person and have more focus and discipline at night, try blocking a two-hour block after everyone has gone to bed.

The point is to get the most important tasks done when your brain is most productive. For me, that’s 5 a.m. Blah.

I’m a big fan of rewarding myself for focusing my time and energy on the most important tasks. That might be to take a bike ride or walk the puppy (which I clearly did not abide by as I was working on this episode) or it could be to spend 30 minutes with my small child or watching an episode of Queen’s Gambit (SO GOOD!). A reward could also be to switch to the low- or mid-value tasks.

If you’re going to procrastinate, decide to procrastinate on the low-value tasks instead of your most valuable tasks. This will accelerate your progress towards your goals like no other productivity hack out there.

Yay! I got this done! It didn’t really take five hours, but it did take significantly longer than it should have.

As we go into the Thanksgiving break here in the U.S., it’s a great time to think about how you’ll use these hacks to be most productive and stop all procrastination. For those of you not in the U.S., you get two extra days to be more productive than the rest of us.

Don’t forget! If you need someone to hold you accountable, there are thousands of us in the Spin Sucks Community who are willing to hold your feet to the fire.

May the odds be ever in your favor. I’m going to go watch another episode of the Queen’s Gambit.