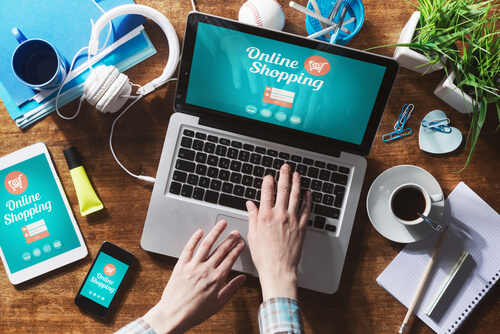 You know how there are certain things in your life that you’re afraid to tell anyone, for fear they learn your secret and beat you?

Well, I have a business secret. A big one. And I’m about to tell you all about it because I truly believe in giving away all of your knowledge for the betterment of an industry.

And it’s no secret I want a better PR industry.

But first, I have a story.

A couple of weeks ago, I met Mitch Joel for breakfast.

Well, breakfast is stretching it. We had lattes from Starbucks and sat in the lobby of the hotel we were staying at for Content Marketing World.

As I was walking through the lobby to meet him, I ran into John Jantsch, who was just back from a workout, and we asked him to join us.

During the conversation, we talked about the differences between working for a gigantic global organization (which Mitch does, now that he and his partners have sold their agency) and building a virtual organization with people scattered around the globe (which John and I both do).

John and I both expressed to Mitch how the web—and social media, in particular—has allowed us to grow our organizations and we discussed how we’ve done it, in very different ways.

John has, what I’ll call, a cadre of brand ambassadors who work with him to help small businesses implement the Duct Tape Marketing system.

It’s a really interesting model and I asked lots of questions (because, let’s be real, how cool would it be to work with many of you to right the PR industry?) and Mitch shared a documentary about CrossFit and how they’ve grown so quickly because of their business model (which is similar).

But then John wanted to know about the coaching groups that I’ve built through Spin Sucks (up to three now!) and we talked about my plans for the rest of the year (a course coming in November…start getting excited with anticipation!).

And I came clean with how I’ve been able to do it.

He was in Chicago in March with his mastermind group and he invited me to have lunch with them.

I was kind of dreading it. It was on a Saturday and I’d been gone the entire week at Social Media Marketing World. The last thing I wanted to do was spend my Saturday speaking again.

But I went—mostly because Danny and I have grown up on the web together and I was dying to see him—and it ended up being the best decision I’ve made all year.

During that meeting, his group of 12 masterminders gave me a really hard time because we’ve never offered Spin Sucks readers anything more than free content.

Now you and I both know that I KNOW the whole point of having email addresses is to generate, nurture, and convert leads, but I’ve always been reticent to ask you to buy anything.

That Saturday afternoon completely changed my mindset about that and I went for it with the launch of the coaching group in May.

Sure, I got a few nasty emails. A couple of them even made me cry. But mama has to pay her mortgage, just like anyone else, and the response was overwhelmingly positive.

How to Build an Online Course

And now Danny is offering to do what he did to me for many people.

If you have any interest in building an online course, professionally and delicately selling to your email list (without being a jerk), and making money from that work, I highly, highly, highly recommend you check out Course Builders Laboratory.

Danny is hosting an online course webinar this Saturday to tell you all about it. It’s free. It’s an hour. It’ll be worth your time.

I have been extremely impressed in working one-on-one with Danny. He has helped me in more ways than one…I’ve even sharpened my edge when it comes to client service on the Arment Dietrich side.

Check it out! If it’s not for you, no harm, no foul. I’ll be curious to hear what you think.