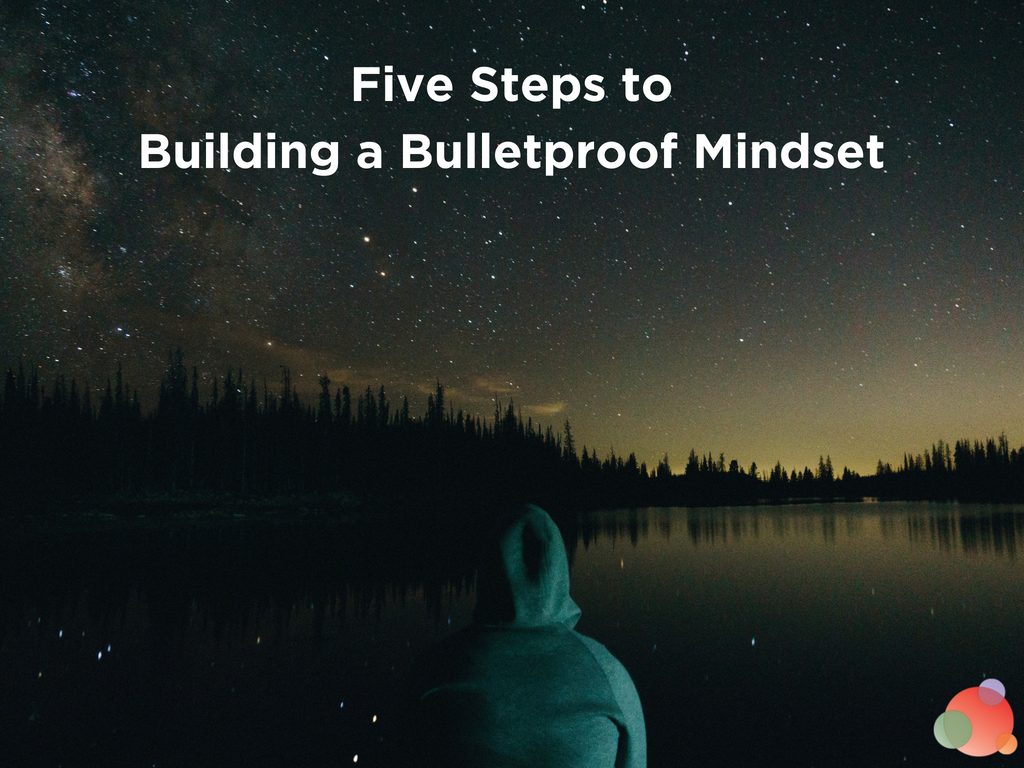 A few years ago, I was having a really hard time at work.

I didn’t want to get out of bed in the morning. There was no motivation to do good work. I looked for reasons to get out of even doing new business—which I had always loved.

It turned out, I didn’t have the business I thought I would build—nor the bank account to go along with the sheer amount of work I was doing.

I loved the team I had built, but that was the only good thing about what I was doing.

Which is crazy, right?

It was my business and I was completely jailed by it.

I hated what I was doing.

There were a lot of factors that went into it. I hated that:

I had to do a lot of self-talk and be really honest with myself.

Until I did that, I didn’t even realize there was so much I hated about what I was doing.

In retrospect, it makes me sad that I let it go on as long as I did.

But I don’t think I’m unusual. A lot of us build businesses we think we want, only to find out we are trapped.

Shift Your Mindset to Find Success

As I was trying to figure out what I wanted so I could be a better leader, coach, mentor, and counselor, I started to work on shifting my mindset.

In fact, one of the most critically important aspects of finding success is to create a bulletproof mindset.

Without it, you will always be a victim to every challenge you’re presented with.

A bulletproof mindset means you become the master of your destiny instead of letting whatever is thrown your way to screw you up.

Most of the world struggles with this because we give out badges for being in pain.

Think about the “busy” badge.

We give each other validation for being busy, which is CRAZY!

Wouldn’t you rather give a badge to someone who says, “You know, we’ve figured out how to build a business that allows me to just hang out with my kids every summer.”?

Imagine how you feel if you’re so busy and someone says that to you.

A little jealous? A little resentful? Or maybe you even think, “I must learn your ways!”

(And, really, my kid is having the summer of a lifetime right now and I want to figure out how to build a business that allows me to hang out with her. Who wouldn’t?)

Building a bulletproof mindset starts with your ability to stop giving out badges to your friends, family members, and colleagues who are the busiest or the most stressed or haven’t slept in days or whatever terrible thing has most recently happened.

Start giving out badges first to yourself for getting out of that mindset, and then to others around you for doing the same.

Be Really Honest with Yourself

When you can do that consistently, without thinking about it, you will have a bulletproof mindset.

When you learn how to flex that muscle and make it so strong, it sticks out in every conversation you have, you will have a bulletproof mindset.

Just like with exercise, you have to actually do it, day in and day out, to build its power.

You can’t have strong muscles without lifting weights.

You can’t have a strong heart without doing at least 30 minutes of cardio three times a week.

The same goes for the muscles in your brain.

You have to work on them every day.

To get there, we have to be open as to why we don’t have what we want.

Really be honest with yourself.

Just like I was when I realized I had built a business I didn’t want, it takes some guts to be able to stand up and say, “Whoa. This needs to change.”

It could be a business you’ve built, a career you’re stuck in, or even a volunteer gig you have.

You have to be that honest with yourself.

Ask yourself, “Why aren’t I where I thought I would be by now?”

In the movie Hitchcock, there is a scene where he is lamenting to his wife, Alma, that no one wants to make the movie Psycho because it was a large departure from his previous movies.

Though he suggested an inexpensive budget and a fast timeline, Paramount Pictures still rejected him, claiming their sound stages were booked, though the industry was in a slump.

So Hitchcock and Alma, while sitting by the swimming pool in their backyard one afternoon, discussed the pros and cons of making such a movie, particularly without a movie studio behind them.

He begins to build the case for going back to making the movies the way they did when they were younger…by putting everything at risk, making a pivot, and going for it.

He looks around their property and says they should put everything at risk, and make the movie themselves.

Alma, who is still in her bathing suit, says, “Even the swimming pool?”

And so they do.

They put everything at risk—even the swimming pool—and go back to Paramount Pictures to put up the money to make the movie.

Hitchcock tells the studio executives he has made a pivot: he will personally finance the project and film it at Universal, if Paramount will simply distribute.

They agreed to this arrangement and the movie was made.

Psycho, of course, was one of Hitchcock’s best movies and he and Alma not only didn’t have to give up their swimming pool, it was nominated for several awards and is considered one of the greatest movies of all time.

Had he and Alma let rejection and other people get in the way of their dream, we never would have met Norman Bates.

What separates them from the rest of the world was their mindset and their commitment to their dreams.

You can do that, too.

What Are Your Dreams?

You can also think about this in the form of gardening.

My small one LOVES dandelions, but I’ll be damned if I let her bring them anywhere near our house.

I don’t want them in our yard, no matter how much she loves them.

Think about your mindset in the same way—you may have feelings that are a bit like dandelions, and that’s perfectly fine, but you can pay homage to them from afar.

Do not let them take up space in your brain’s garden or yard.

Instead, you’ll pull all of the weeds and plant the flowers, fruits, and veggies that you love.

In my brain’s garden, I have oranges growing and I have chickens laying eggs, even though I live in Chicago.

(Although I just discovered a neighbor has chickens, so maybe I can have some after all!)

Do the same thing with your brain’s garden.

The only thing you should plant in your garden are the positive things that are going to get you to your dreams.

What is your dream goal?

Whatever your dream goal, you have to build the mindset to support it.

Write it down. That’s akin to planting the seed in your brain’s garden.

Then you have to build a bulletproof mindset so as not to let anything get in the way of achieving your dream goal.

There are five steps to building a bulletproof mindset:

Master your mindset. It is one of the most important things you can work on. Do it daily. Your success and your freedom rely on it.

Photo by Tyson Dudley on Unsplash