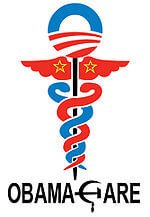 I’m having a hard time with some of my fellow business leaders right now.

On November 4, CEO Matt DeRose sent an email to his 600 employees stating that if Obama won a second term, he would layoff or position most of his team for part-time employment. He stated, “Increasing expenses brought on by recent regulations, taxes, and the stagnant economy” were driving his decision.

On November 12, Papa John’s Pizza CEO, John Schnatter said on a segment of The Ed Show on MSNBC, “ObamaCare is so costly, my employees will pay the price” stating most full-time employees would only be able to work 30 hours a week so the company could avoid paying benefits or a penalty.

He estimates ObamaCare will cost the company an additional $5-$8 million annually.

Schnatter said the additional healthcare costs could be passed to customers, at a price of $0.10 to $0.14 per pizza.

But an even bigger slap in the face is Papa John’s is giving away two million pizzas during the NFL season, which if you’re wondering, is the equivalent of $24-$32 million in retail price or likely half of that in cost. Regardless, giving away $12 million in pizzas is okay, but paying for your employee’s health insurance is not.

And now the CEO of Aetna has said the same: When ObamaCare takes effect, they will find a way to cut costs by laying off employees or taking away some of their hours.

How Much Does it Cost?

For organizations less than 50 employees, the health care reform doesn’t affect you.

But, for those with more than 50 employees, beginning in 2014, you must offer healthcare to all of your team members or pay a $2,000 fine per person (excluding the first 30) and offer it to no one. That means all of your employees are without health insurance (including you!) and must go to state health plan exchanges to buy insurance.

Take, for instance, you have 51 employees and you decided not to offer healthcare benefits. You exclude the first 30 and pay $2,000 per person. Your penalty is $42,000.

So, taking the same example as above, for 51 employees, we would pay $306,000 for healthcare benefits.

And, for our employees to get their own state-issued healthcare, unless they make more than $150,000 per year, they will pay less than they do now.

But the bigger issue I’m having is how this behavior is likely affected morale.

First of all, ObamaCare doesn’t take affect until 2014. Yes, more than one year from now. The first open enrollment doesn’t begin until September of 2013.

All these business leaders are doing is scaring their employees about whether or not they’re going to have a job. They’re killing morale. They’re creating a hostile work environment.

It will be a full year of people wondering whether or not they have jobs. Not to mention what it could do to the economy and our unemployment rate.

ObamaCare is here to stay. No matter what your politics or who you voted for in this election, this is something we have to work into our business planning.

Rather than lead with fear and threats, why not encourage your employees to participate in the conversation about what they’d like for their healthcare future?

How motivated would you be to go to work if you knew you might have to cut your hours and go without benefits, or worse, lose your job entirely?

I wonder what Jim Collins, Jack Welch, or Ken Blanchard would say about that?