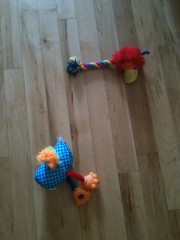 Whilst reading Lindsay Bell’s post today, I realized I could put this off no longer.

Ladies, Gentlemen, Crazies…here are the business lessons I learned, and the story of The Meeting I Totally and Completely Blew.

I am on my first sales road trip in my new role at Ivey Publishing.

My agenda was aggressive, to say the least.

Overbook Yourself at Your Peril

I left London, Ontario early Sunday morning. Upon landing in Winnipeg, I picked up my first rental car of the journey, then checked in to my first hotel.

Monday, I had 15 back-to-back meetings at one institution; Tuesday I had 13 at another. Tuesday night, I head back to the airport and fly to Regina, pick up a second rental car, head to my second hotel.

Wednesday, I had 18 calls booked, then drove the Trans-Canada Highway north to Saskatoon, and checked in to hotel three. Thursday, I had 21 back-to-back meetings, then drove to the airport to fly back to Manitoba, face a four hour delay, land at YYZ (Toronto) to face a cancelled flight to YXU (London International Airport). Instead I drove the more than two hours  home.

The Incident went down in the middle of day three. When my schedule is that tight, all it takes is a few minutes here and there, and my day is shot. There was a department meeting that ran over, someone was 10 minutes late, someone else had a student in their office, someone else had an interesting issue we worked through together. All very normal…but I was running 17 minutes behind.

Dashing down the hall in my heels, ‘he’ stepped out of the office and caught my attention.

“You must be Rebecca from Ivey! We are set to meet in 10 minutes. I have a room booked down the hall – see you then!”

Hindsight being what it is, I should have asked him if we could go right then. But RAT being who she is, there was a list – and The List Must Be Obeyed! I told him I would see him then, and told myself I would somehow make it happen.

My next meeting was an oasis of calm and cool. I stepped in, he had jazz playing, had brewed his own coffee, offered the finest dark chocolate. Before I knew it, we were talking bikes and bars and branding. I knew instantly that I needed him to write for me, that this could be THE meeting of the day in terms of acquisitions. I couldn’t afford to cut the conversation short. I can’t even say it was “an accident”- I am hyper aware of the time (thanks Dad!), and knew exactly as each second passed I was eating in to the next meeting.

Seventeen minutes later, I fly through the door of the meeting room booked by the other professor. He is not there. The assistant gives me a justifiably hard look and said, “He waited more than 10 minutes.” Somehow, my cold, black heart manages a painful twinge.

I went back to his colleague, went to his dean, and scrawled him a long letter of apology. I followed up in an email too, but never heard back. I Totally and Completely Blew It.

Sure, there were so many mitigating factors professionally, and a whole whack of personal ones as well. But those were all MY factors, not his. To him, it came down to this: He set aside his most precious commodities – his time and attention-  and I showed no respect for that. I didn’t even call him to say I was running late.

I get it. If the tables were turned, I would never again set aside space for someone who had treated me so cavalierly when I was doing them a favor. And he was doing me a favor. We often forget, in sales and marketing, the ask of the customer in those terms. We consider the value of our investment in terms of OUR time and money, but not theirs. It’s not always easy to see it like that, to assign a price tag to their time and attention.

But if you lose their time and attention, never mind their respect and trust – it will cost you. It has me.