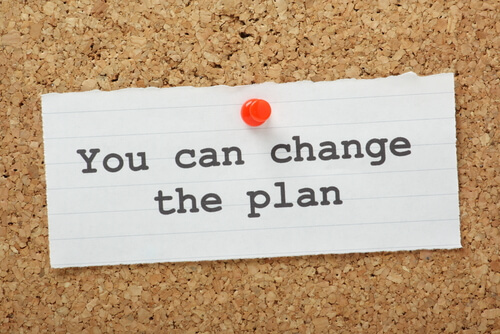 The past few years have been rough.

In 2010, I had to figure out how we were going to survive the Great Recession.

In 2011, I had to fight against the debt ceiling because everyone put the brakes on spending, including outstanding invoices.

And so on and so on. Though we survived the economy, it hasn’t been easy.

On the contrary, it’s been overwhelming and downright depressing.

But I made a decision in 2010 that I didn’t realize was highly strategic or even ahead of its time…we were in survival mode and it was the only decision I could make.

We made a business pivot that saved the organization’s life.

A business pivot isn’t easy. In fact, you almost have to be faced with loss of business to make that kind of insurmountable change. And let’s be real: Change is hard. Really, really hard.

That’s why, when you look around the business world, complacency can seem fairly common. Making a pivot may be almost unheard of, unless you’re a 20-something with a technology company and the first iteration doesn’t work.

The print industry may be dying, yet many print distributors still use paper.

The communications industry may be going through more turmoil than ever before, yet many still mass distribute news releases.

The data recovery industry may be getting replaced by cloud services, yet many aren’t innovating to bring new services.

When we left the Industrial Revolution behind in favor of the Information Age, it was time for organizations to start to pivot.

My business pivot came when, in 2009 right before the holidays, I received a phone call from a prospect.

He was in panic mode. He had a new product that he’d been lucky enough to get on the shelves at the big box retailers, but it wasn’t selling.

If he didn’t sell out by Christmas, none of his customers would re-order, and he would be out of business.

A friend had told him the only way to sell out in that short amount of time was to do PR.

He wanted to know how quickly we could get him on Oprah and in the New York Times.

Never mind the phone call came less than a month before Christmas and his request was nearly impossible; it made me rethink our positioning.

In January 2010, we announced we were no longer a PR firm. Of course, we still did PR—in the sense of media relations or publicity—but we also were capable of so much more: The kinds of communications that drives business results.

It was time to change the conversation and build a process very different from our competitors.

Cision named us the No. 3 blog in the PR industry in 2013, we’ve introduced a PESO model our competitors copy and our competimates refer to, I wrote two books, and I’m on the paid speaking circuit.

I used to spend 90 percent of my time going to breakfast and coffee and lunch and dinner meetings and networking events to talk to the tire kickers. Now that time is spent using the Web to grow my business.

The business pivot happened because I was tired of prospects thinking all we did is get their name in print.

Why would you change things when you’ve finally figured out the right process, you have the right team in place, your customers are happy and you’re making money?

It’s important to stay on strategy, of course, because it’s very easy to be distracted by the shiny new penny.

Still, you can’t ignore external factors that are changing the game.

If you lead a business, your job is to watch industry trends, imagine new products, tweak the strategy, and fail fast.

If you’re part of a team, your job is to brainstorm new ideas that take advantage of trends, launch new products, and implement the strategy.

To be prepared for a business pivot, you should consider these points at least annually.

Perhaps your business pivot will be small. Or maybe it’ll be grand.

Whatever the case, stay fresh and be sure you never get complacent.

A very loose version of this first appeared in my monthly OPENForum column.