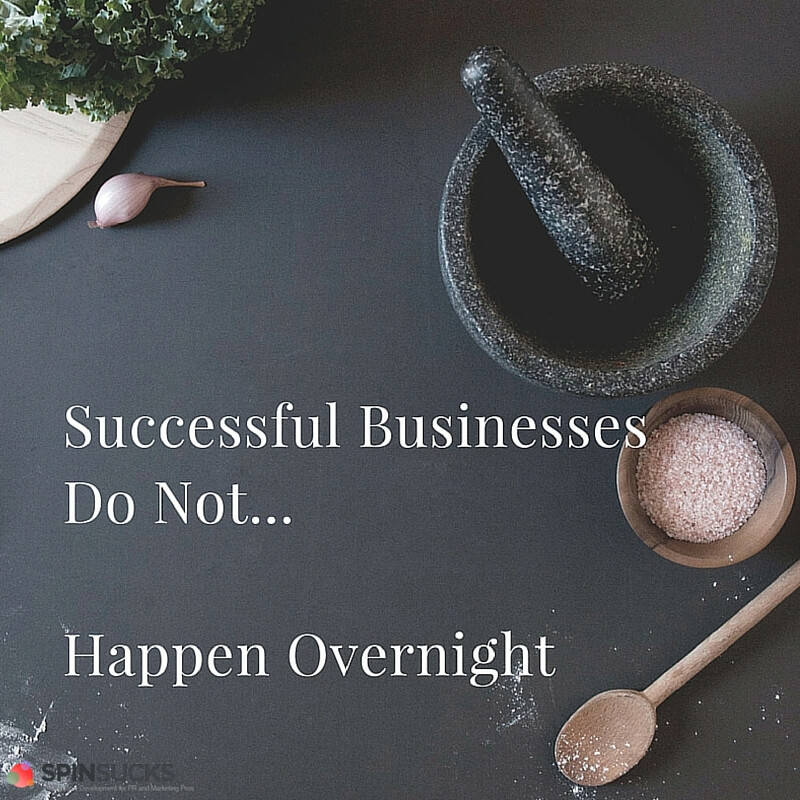 Last night, we were the very last customers—ever—of the dog store in our neighborhood.

The store isn’t going away, but a new owner and a new brand are coming in.

The current owner, who lives in the neighborhood, sold to a 40+ store chain in Illinois and, while many are complaining about another independent retailer being gone, I say good for her (with both pride and a little envy)!

When every, single business owner sets out to start a business, it’s for one of three reasons: 1) To create a family legacy (family business); 2) To build something gigantic and go public with it; or 3) To build a nest egg that you eventually cash in.

Talking with her last night, she said people keep telling her to go on vacation. She said, “I’ve been on vacation with this business for the past couple of years. It’s time to get busy and start on the next!”

She now has her nest egg and is way too young to quit, so she’s on to the next.

We congratulated her because, truly, it’s a level of success not many business owners ever see.

Perceived Success Is a Killer

I was in way over my head and running with business owners I had no business being around. You are supposed to have a minimum of $1MM in revenues to join the organization, and I had maybe half of that.

But I had lofty goals and I think the man running the group could see that, so he invited me in.

And it was completely overwhelming.

The people who belonged to that group had not only been together for more than 20 years, they had all hit one of the three reasons I outlined above for starting a business.

Some had given over control to the second generation, some had taken their businesses public, and still others had started and sold multiple businesses.

The money in that group was astounding and here was little ol’ me, just starting out, with a whole 18 months of running a business under my belt.

And it wasn’t even a real business yet. I think there were three employees and we had a closet for office space. We’d been robbed at least three times by that point and the landlord did nothing about it. We had one client who commandeered all of our time and I was working my butt off so we didn’t have all of our revenue eggs in one basket.

It was really hard. I compared myself to the people in that group all the time.

It didn’t matter that most of them were easily 30 years older than me or that they’d had their businesses for 40+ years or that they had a second generation to hand over the business to.

No, I thought I had to have that level of success just to be around them. After all, what the heck would I have to offer, in terms of advice or experience, in our group meetings every month?

Keeping Up With the Joneses

My Vistage Chair could sense I was playing the “keeping up with the Joneses” game and, during one of our monthly one-to-one sessions, he asked me what kind of business I wanted to build.

Was it to be a lifestyle business that gave me more than enough money to live and play, but never grew to be bigger than that?

Was it to be a stable business that I’d eventually sell to the employees or to a second generation?

Was it to be a growth business that I’d eventually sell either to a large PR firm or take public?

I knew I didn’t want a lifestyle business because, well, double Type A, but I also knew that a growth business for a PR firm is nearly impossible.

You can’t have the kinds of hockey stick growth many of the tech start-ups see because people’s time is incredibly difficult to scale. You simply need more people and that’s a larger investment than, say, making more widgets.

That’s when I started to think about how we could serve a larger audience without selling more time (see yesterday’s post on disruption).

I also heard a very compelling keynote by Elise Mitchell at Counselors Academy around the same time. She had just sold her business to a large PR firm and everyone wanted to know how she did it.

She said, “It takes 10 years to have any kind of real success when you’re building a business around people’s time.”

And she was right.

It Takes 10 Years to Have Overnight Success

Here we are in year 11 and we finally have a vision and know where we’re going.

I’m willing to bet large sums of money every, single person who works here knows what we want to achieve.

In fact, I’m willing to bet most of you know what the vision of this blog (turned business) is for the PR industry.

It wasn’t easy to get here. It was incredibly difficult and I compared myself to those around me ALL. THE. TIME.

It was an extraordinarily expensive lesson for me just to get to year 11. I’ve grown up a ton and I’ve stopped playing the Joneses game (for the most part, though I do have some weak days).

I also know how to lead an organization toward a vision we all can rally around, because we’ve hired the people who not only want to help us get there, but are excited to do so.

Running, growing, building, scaling a business is not easy. It’s really easy to play the comparison game and this is true in every facet of your life, even if you’re not building a business.

It takes a vision, some goals that you’ve written down and articulated out loud so you’re held accountable to them, and it takes really hard work.

It takes putting on blinders to the perceived success of those around you and staying the course.

If you do those things, like our dog store owner friend, the world is your oyster.