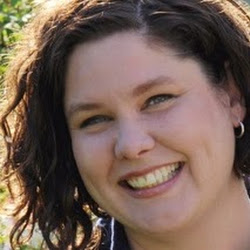 I am really fortunate in my line of work that I get to participate in some incredibly rewarding projects with outstanding people. Most recently, I was thrust into the world of stand-up comedy, as I volunteered for the Cracking-Up the Capital Comedy Festival.

This four-day festival brought together some of Canada’s top comedic talent, all with a goal to support mental health initiatives in our community.

As we put together the show, my eyes were opened to the world of comedy in a whole new way, and I realized there are many similarities between success in comedy and success in business.

There’s an expression in the stand-up comedy world: “He/she ‘killed’.” It means the comic ‘killed’ the audience with laughter, and had an immensely successful set everyone loved. It’s a comic’s dream to ‘kill.’

On the other side of the spectrum, a comedian can also ‘get killed’ on stage. This is a comic’s worst nightmare. Nobody laugh and the audience generally dislikes the performance. You become memorable not for what you’ve done, but for how poorly it was received.

It’s the same thing in business. Sometimes you totally kill. You exceed the expectations of your client, and you get piles of kudos and thanks. The project is a resounding success and you leave people wanting more (which translates to referrals and new business).

Just like comedians, every entrepreneur’s dream is to kill.

Then there’s the flip side. The project doesn’t go according to plan. You’re delayed, over-budget, and can’t live up to the hype. Maybe the client changed the scope. Maybe communication broke down.

Whether you’re a comic or not, if you get killed, it’s not a pleasant feeling. But ultimately, you can’t look to someone else to blame. The comedian gets a tough crowds sometimes, but the show must go on. Learning how to adjust performance for the crowd reduces the risk of getting killed on stage.

As business people, we get tough crowds too sometimes. It’s kill or be killed out there, and every room is different.

How are you dealing with that reality?

You Will be Judged by Your Ability to Recover

Let’s say you’re on stage, doing your act, and failing miserably. The crowd just isn’t into it, and you’re getting killed. Some people might just give up, muddle through, and then go cry in their Bud Light for the rest of the night. But others – the ones who really want it – will recover.

It might mean tossing the joke that worked great last night and replacing it with something more in tune with the audience. It might mean changing focus altogether. Improv, anyone?

Remember the last time you did a project where everything went perfectly? Everything was 100 percent smooth and seamless, and everyone was completely happy?

I didn’t think so.

In business, just as in comedy, your ability to recover is the basis on which you’ll be judged for all the other work you do. Bad days and mistakes are just a fact of life, but your ability to fix it, whatever the mistake might be, will make the difference between whether you succeed or fail. Recovery is key, whether you’re on a stage or in a boardroom.

Do Everything for the Good of the Show

The comedy festival I worked on was created by a mishmash of people from just about every walk of life. Our volunteer committee is made up of engineers, consultants, real estate agents, and public servants.

Not a comedy show producer in the bunch.

Fortunately, we are lucky to have pros from the comedy industry on board as well, as advisers and mentors. And of course, we had our performers, who, this time around, included the likes of Patrick McKenna, John Wing, and Colin Mochrie.

We all worked side-by-side, and it didn’t matter one bit whether someone was a famous comedian or an engineer. The stars of our show did not demand to be treated as such. The worker bees were not intimidated in the presence of the stars. Everyone was equal, and everyone worked hard, for the good of the show. There was not a selfish person in the bunch. No prima donnas. No inflated egos. Just a team of people working towards a common goal. And because we were all equals in our pursuit, the end result was, to put it mildly, extraordinary.

Do everything you do for the good of the show (or project), and demand that everyone on your team, including your clients, know this too. When people operate together towards a common goal, without letting egos or status or inhibitions get in the way, it just works, plain and simple.

They say that the best comedy is rooted in real life, and I believe it. I also believe that comedy has much to teach us about being successful.

That’s something to think about next time you see your favorite comedian take the stage.